Despite the heavy presence of Hezbollah flags, the standard of a banned organisation police allowed the march to go on undisturbed through London’s central business district to the American Embassy in Grosvenor Square.

This year is the first time pro-Israeli groups have moved to stage a counter-protest. A Breitbart London reporter at the scene witnessed complaints being made to police about the presence of Hezbollah flags, to which an officer replied “the law is very difficult” and that unless they could prove the flags were being used for fundraising purposes, there was nothing the police could do.

While the military arm of Hezbollah is banned in the UK, the political wing has not been banned, providing a convenient loophole for sympathisers as there is no clear distinction between the two groups. 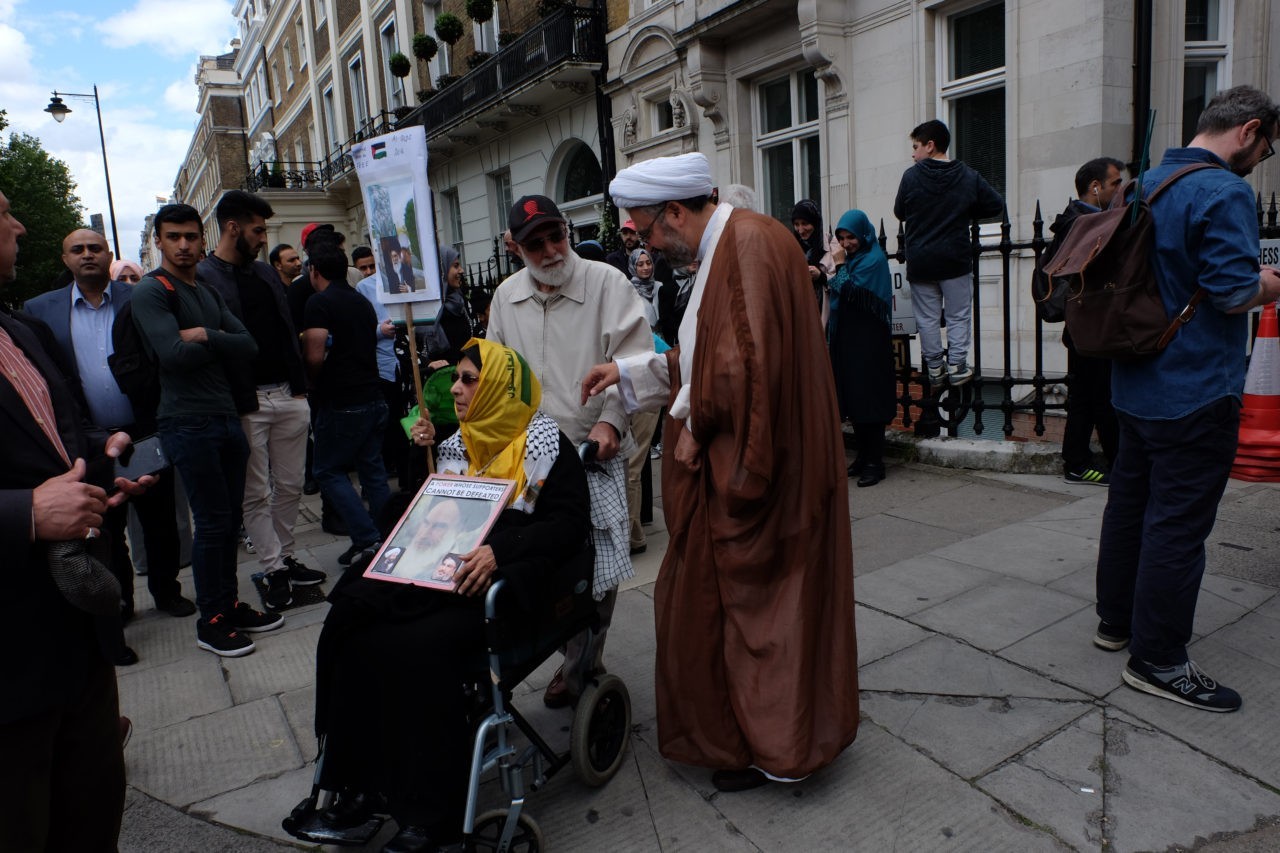 The anti-Israel protest gets under-way 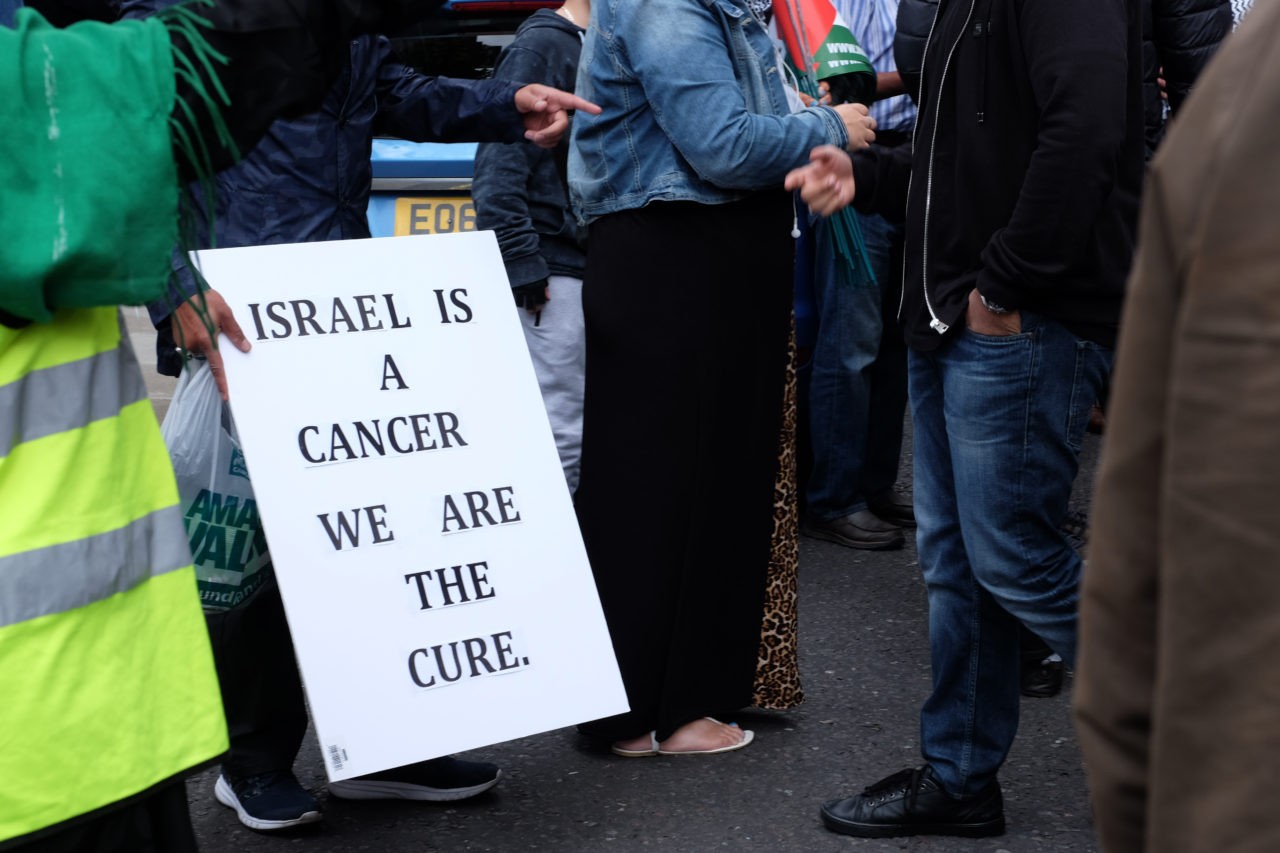 Modern science often treats cancers by blasting them with radiation. Perhaps they want to do the same to Israel… 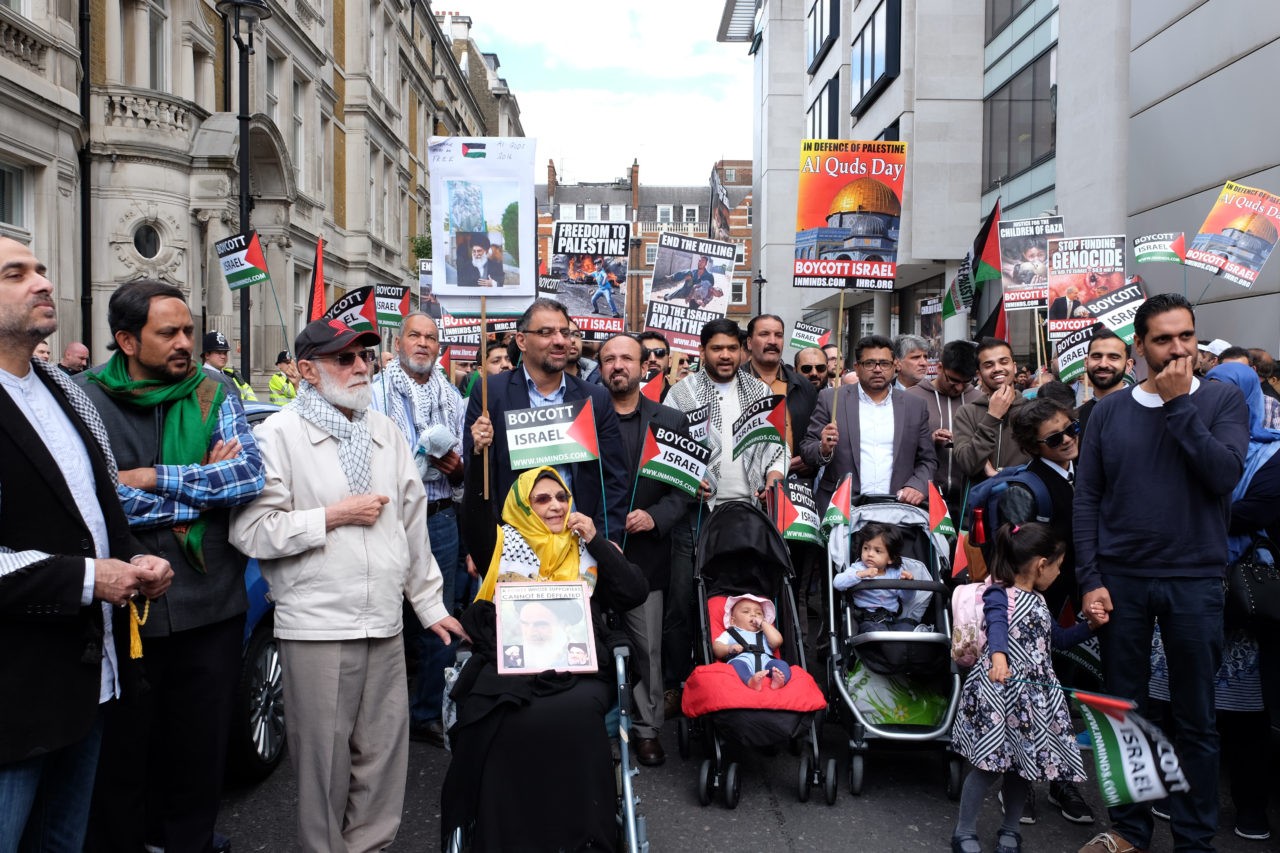 The perfect fun day out for all the family. Bring your nan, bring the kids. Hate for all! 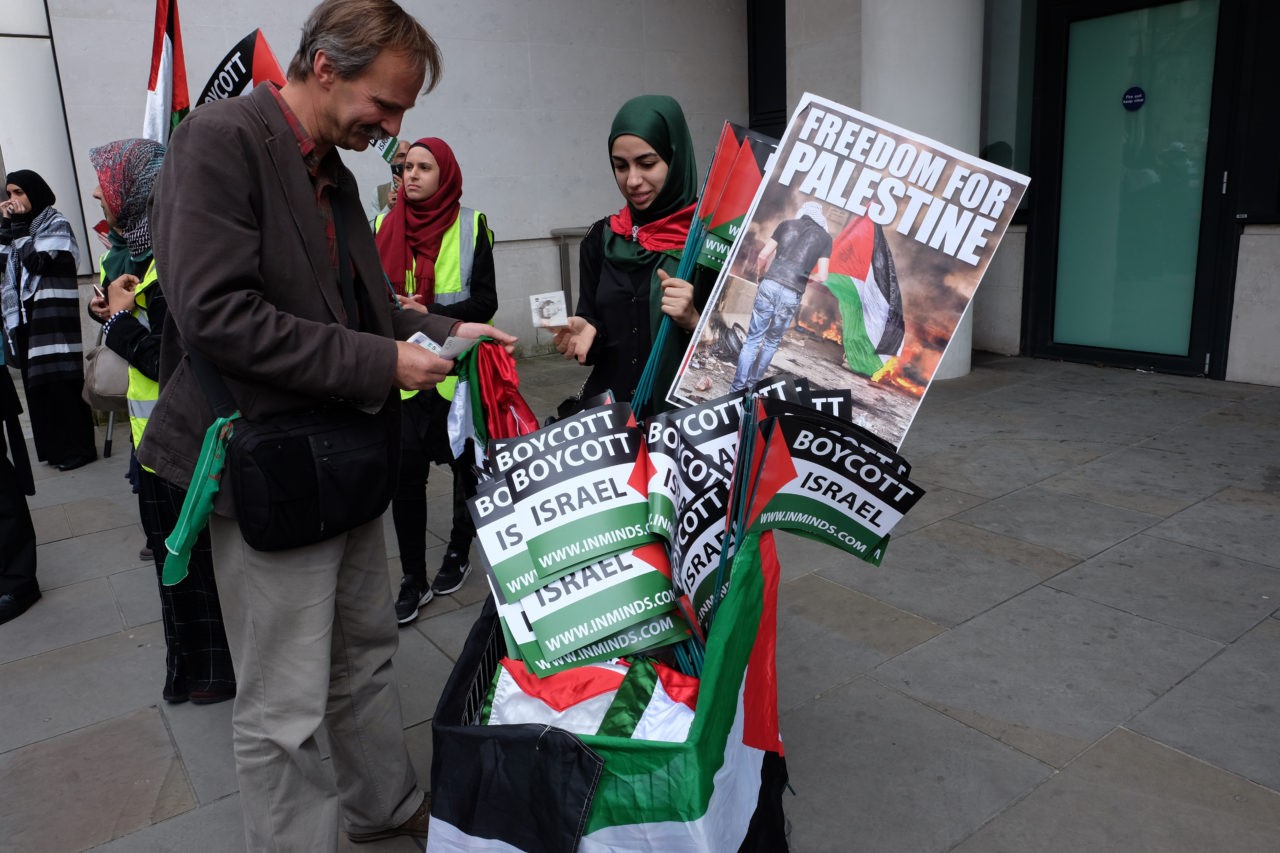 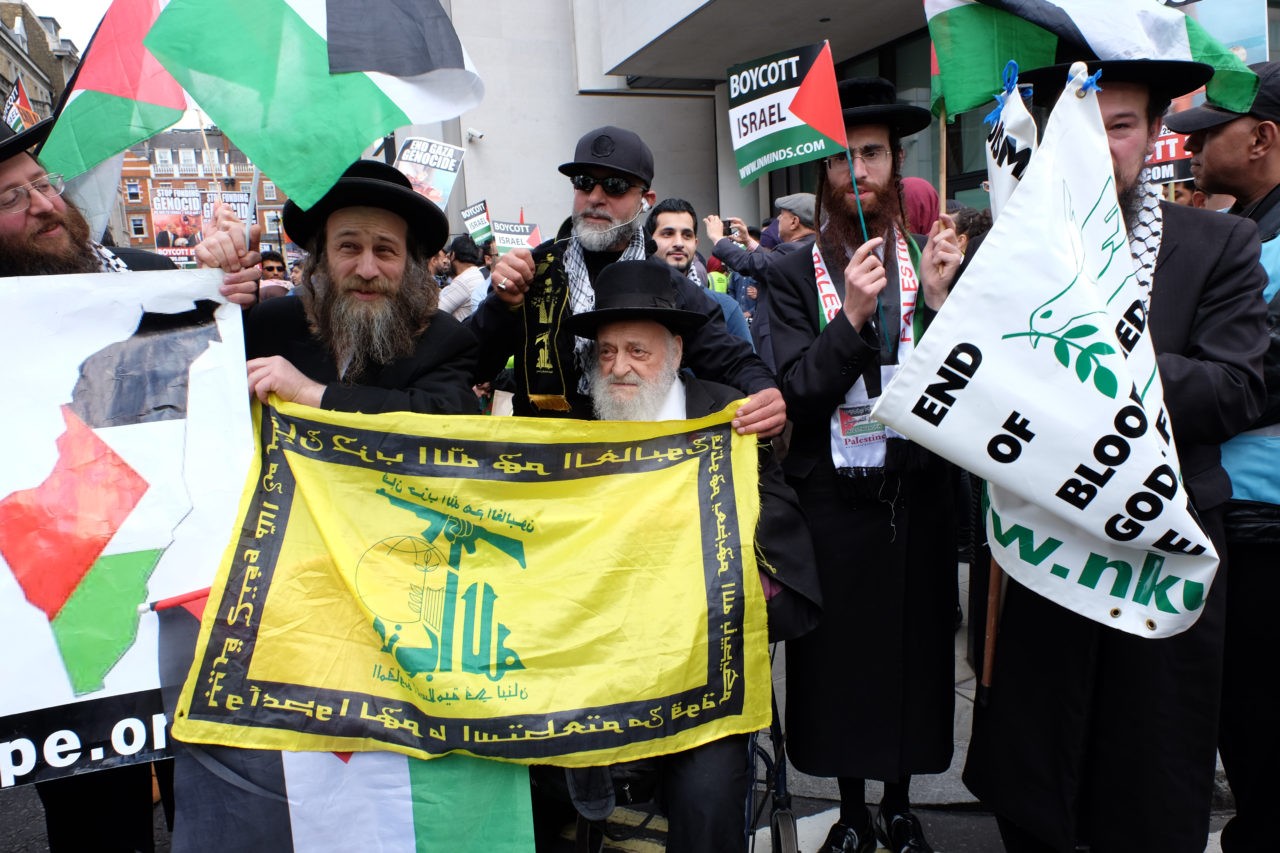 The Neturei Karta, a small group of anti-Zionist Orthodox jews turned up. 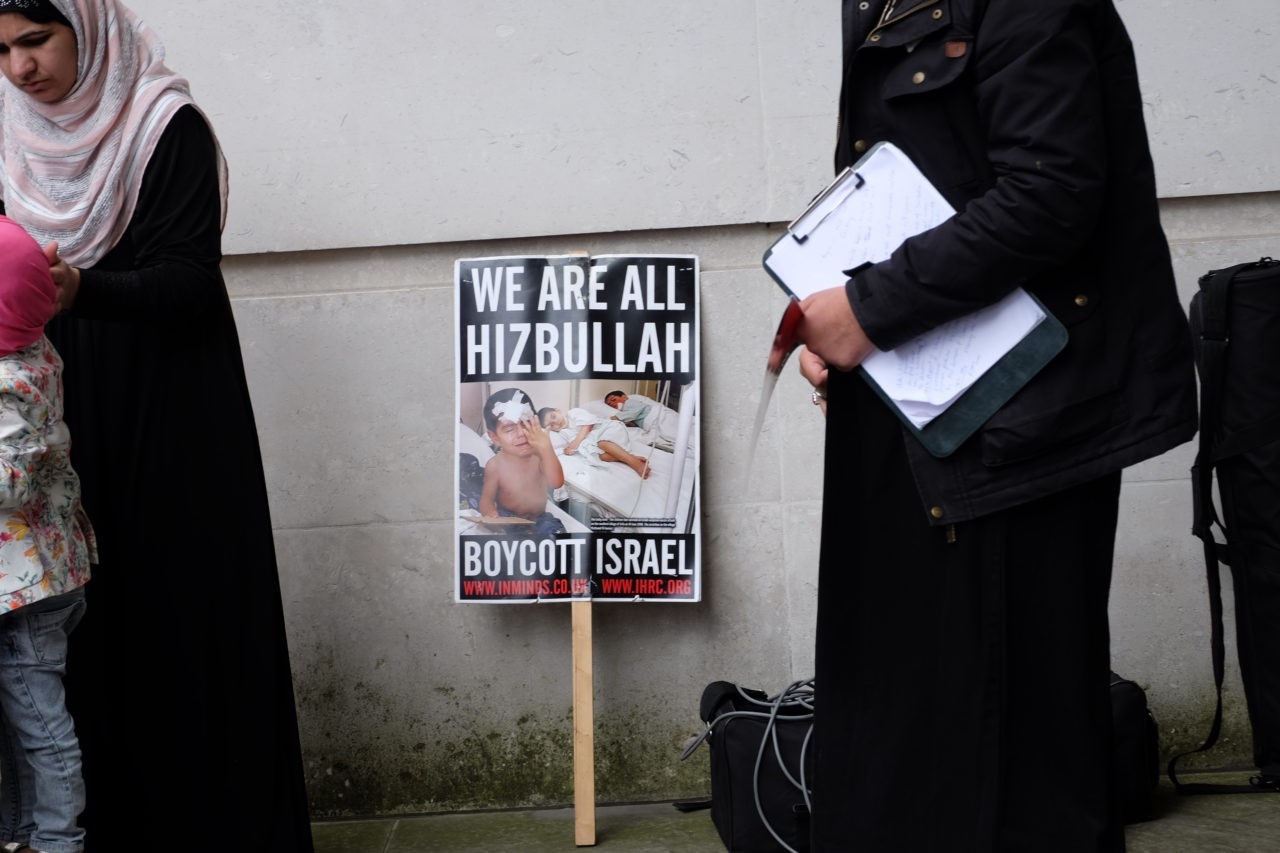 No we are not 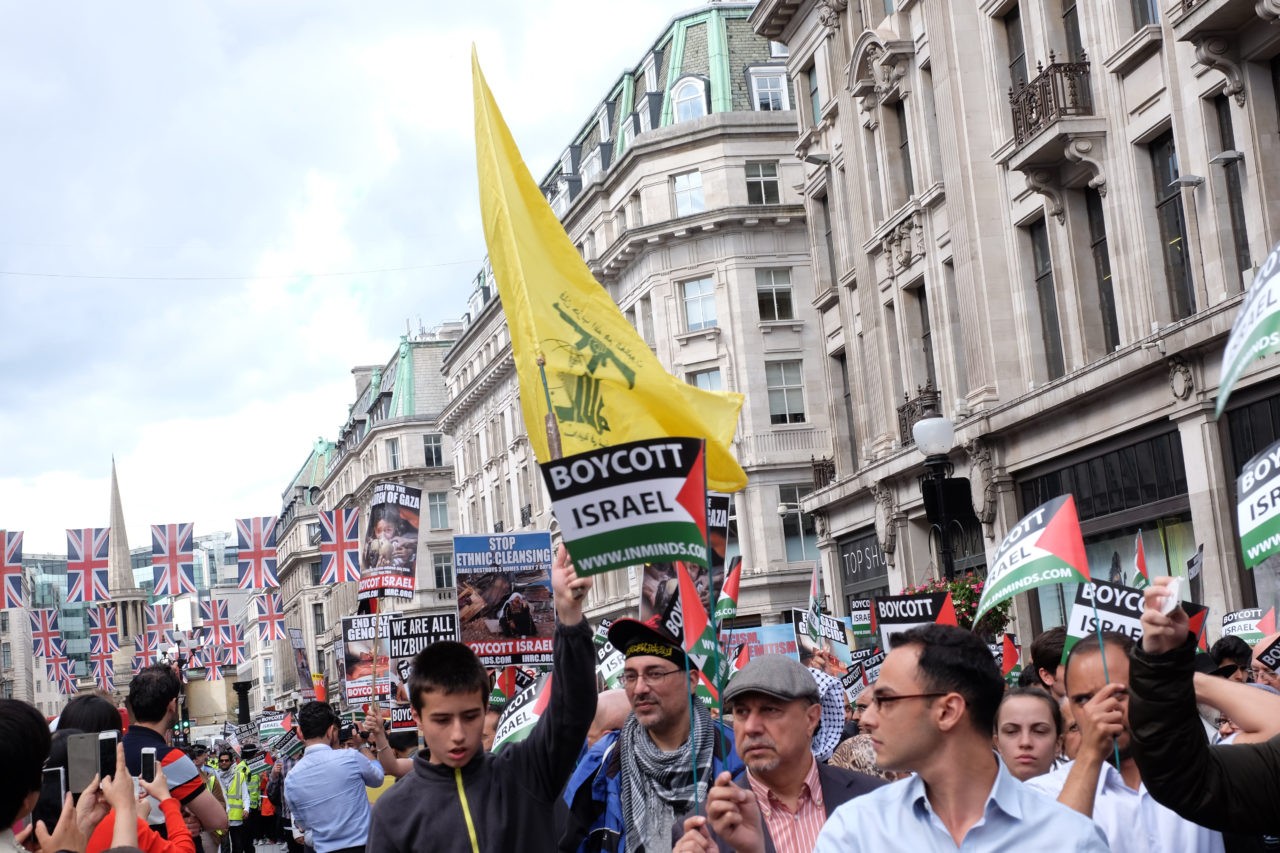 To Oxford Circus, the heart of London shopping 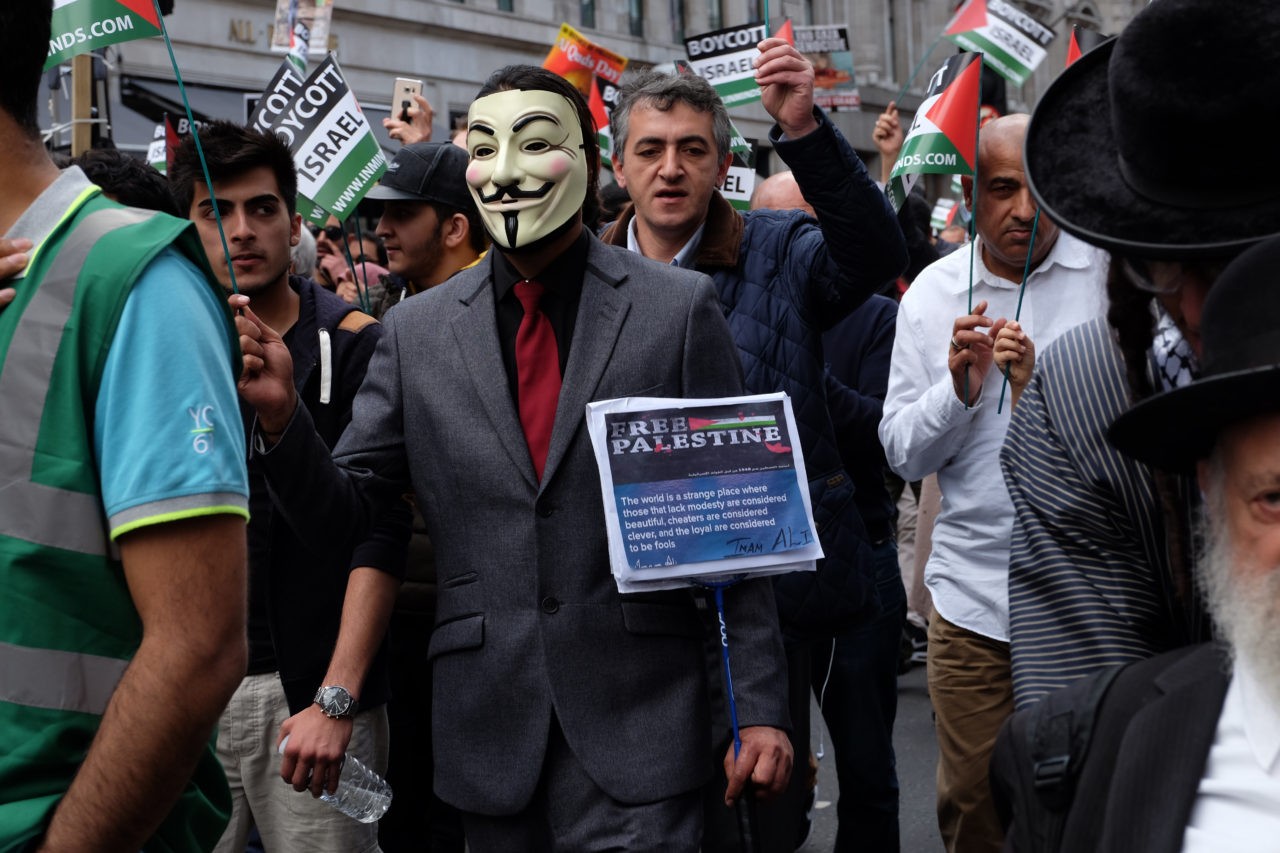 These clowns turned up 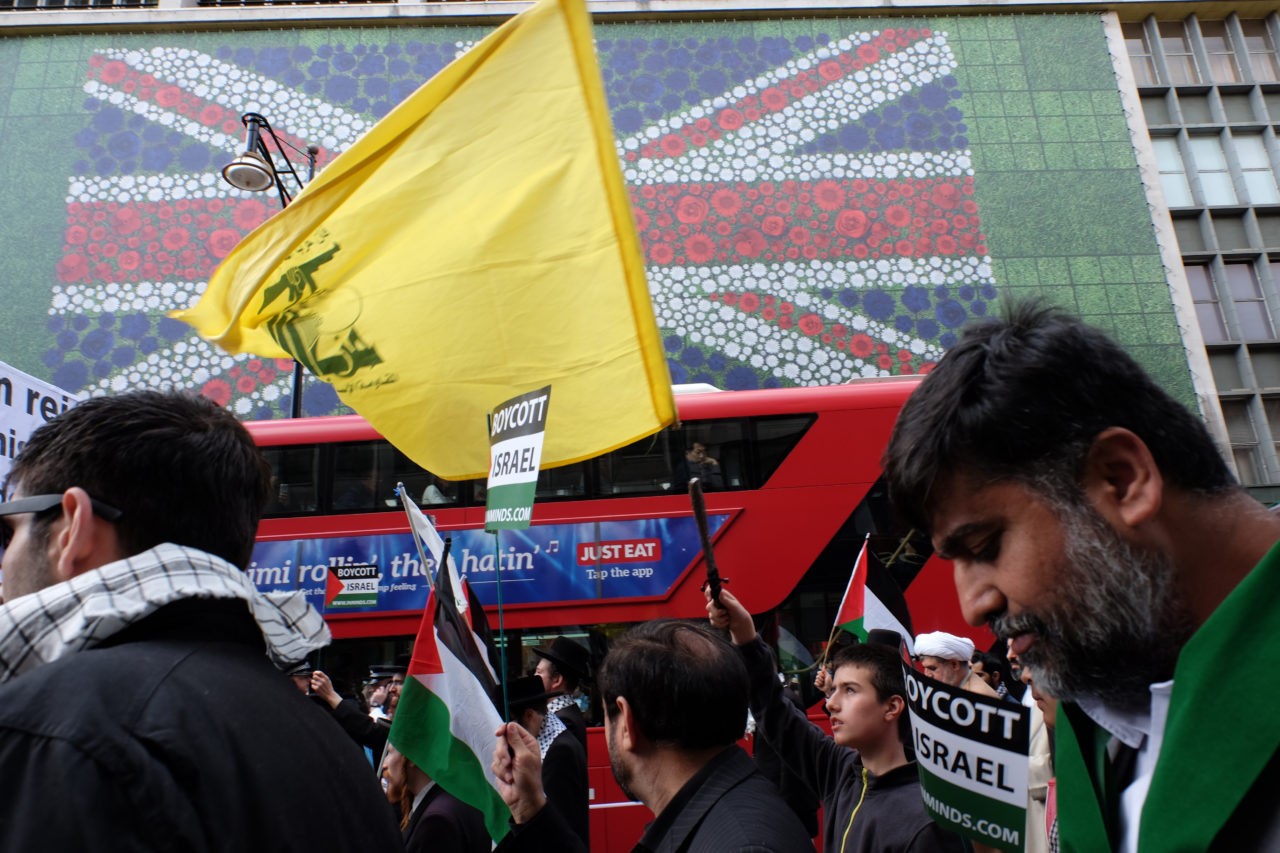 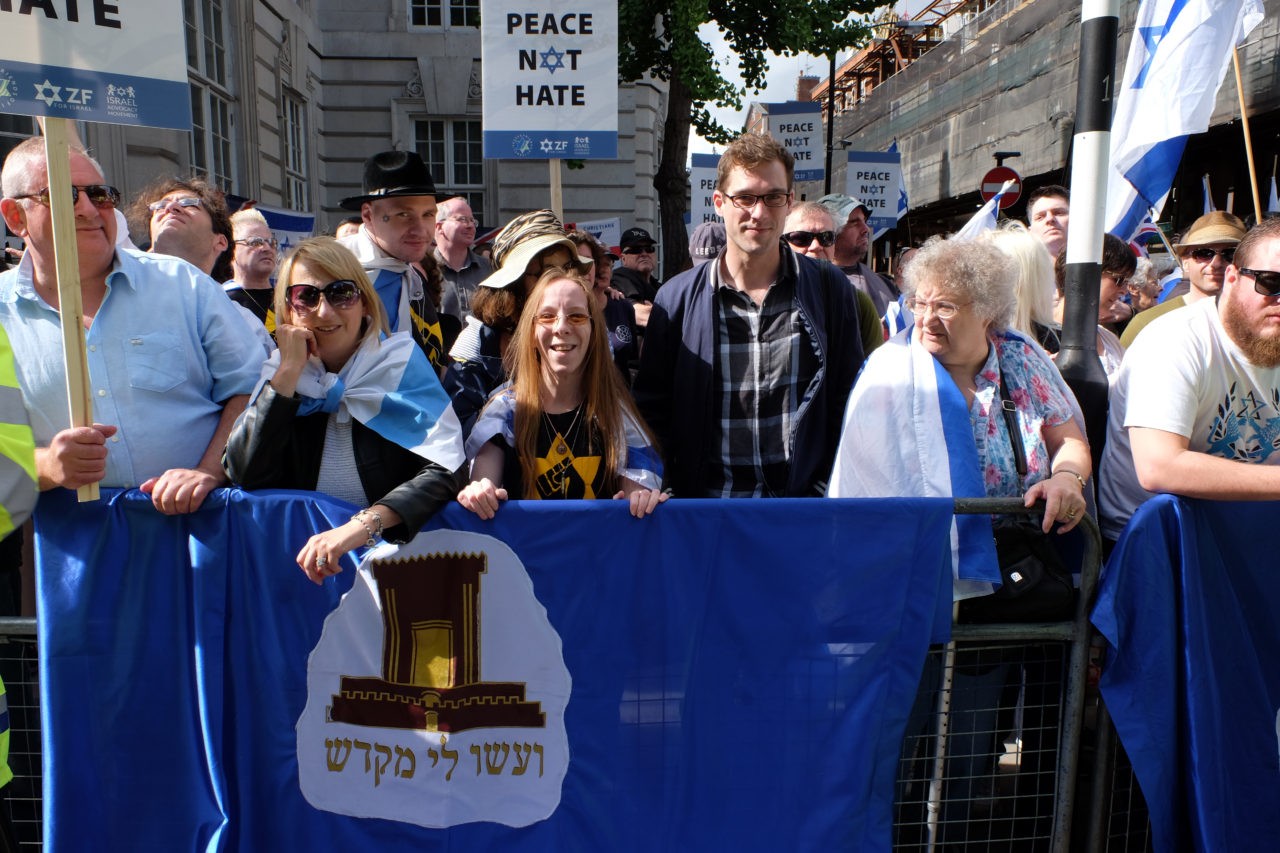 The counter protest — Peace Not Hate — is good natured 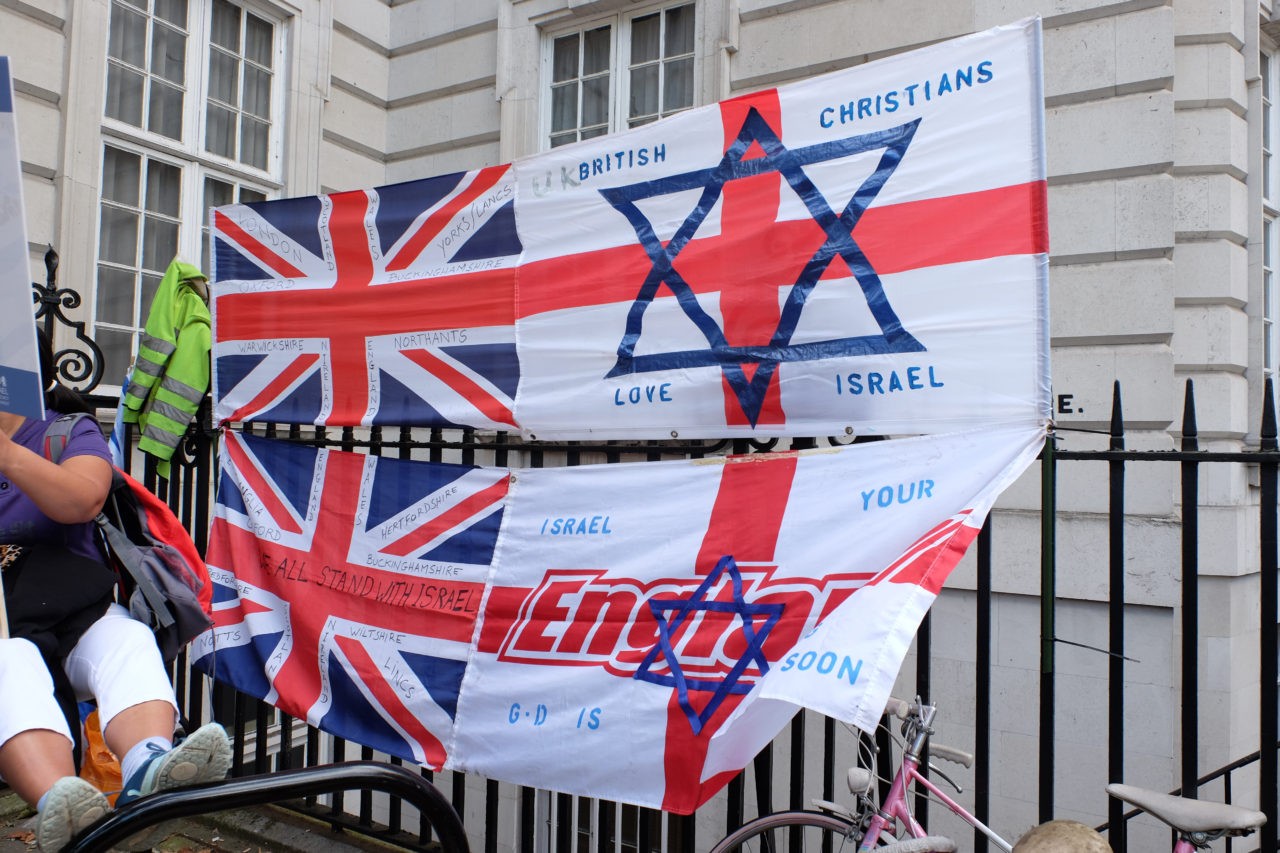 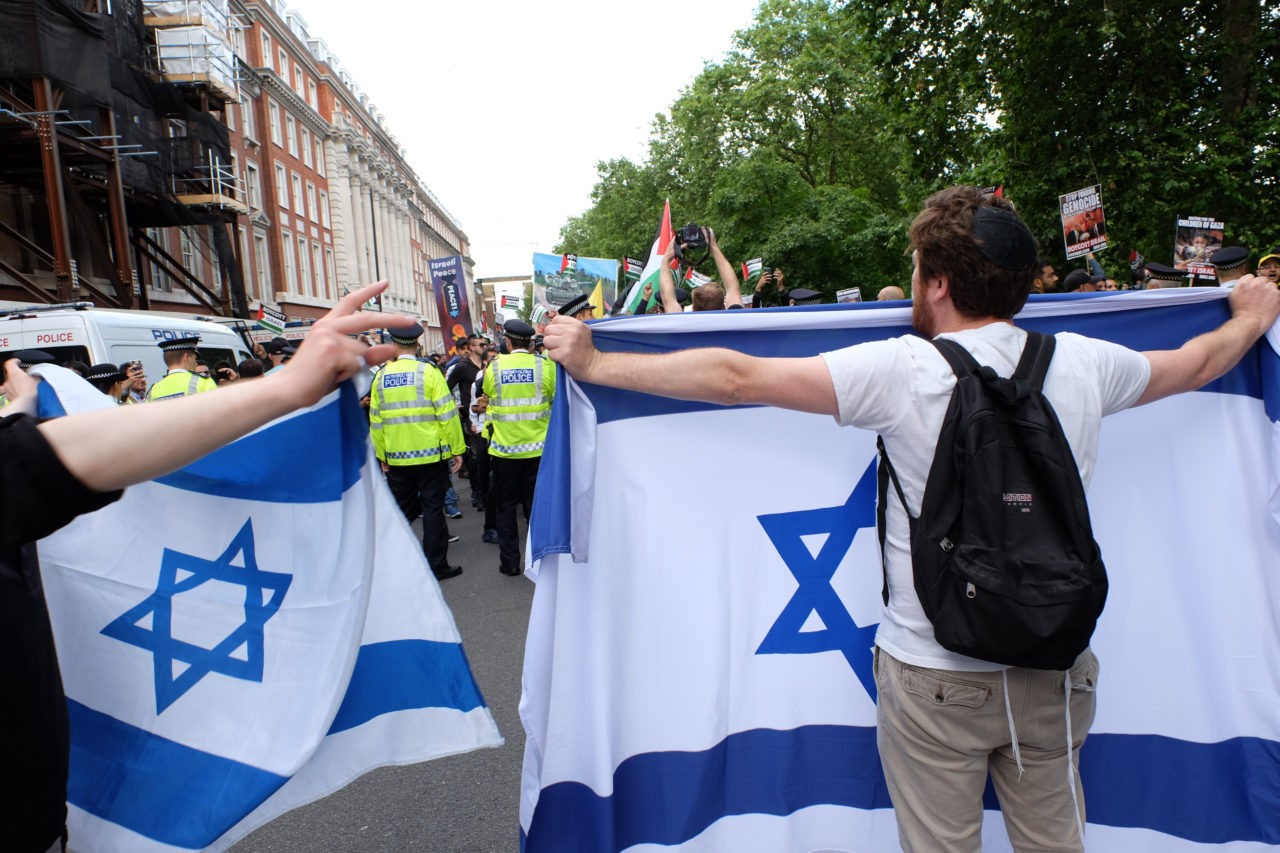 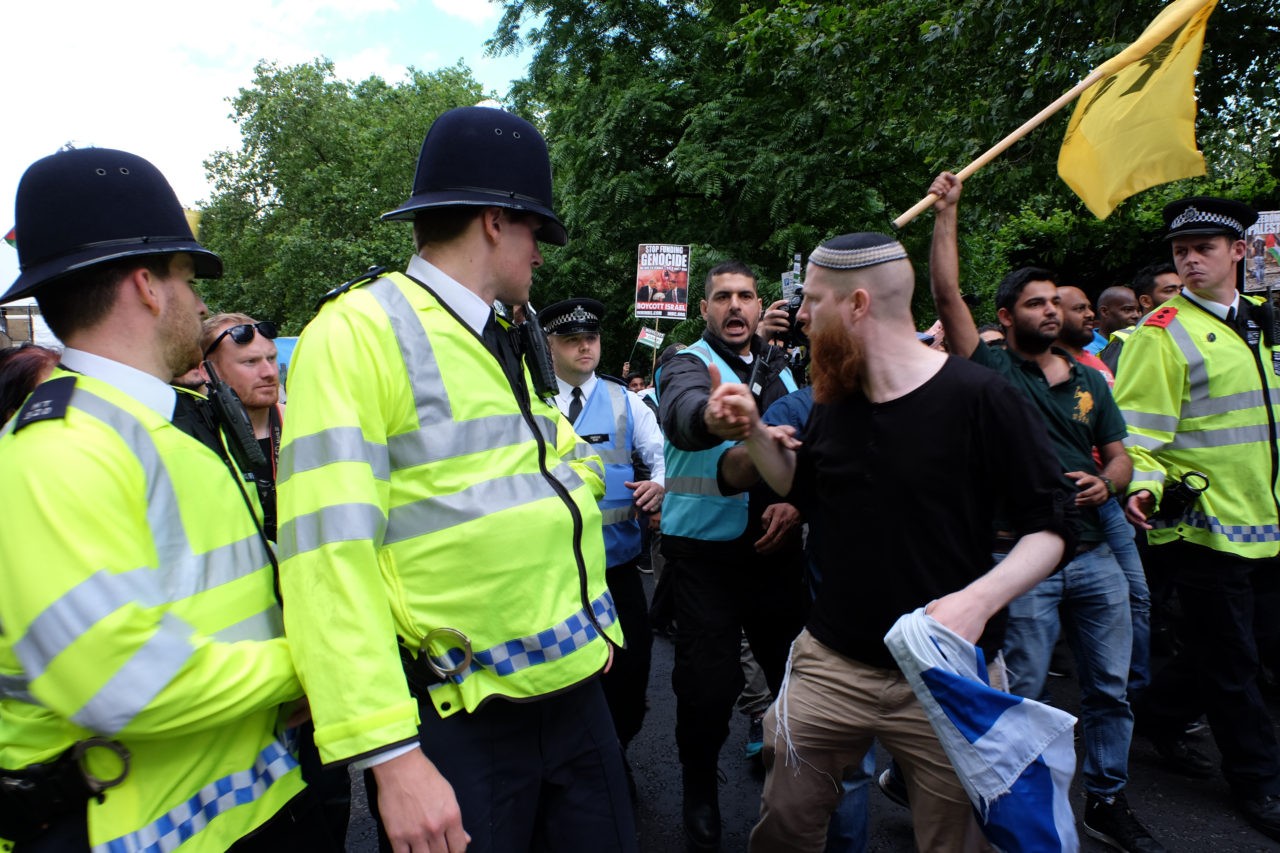 The Al Quds are unhappy… 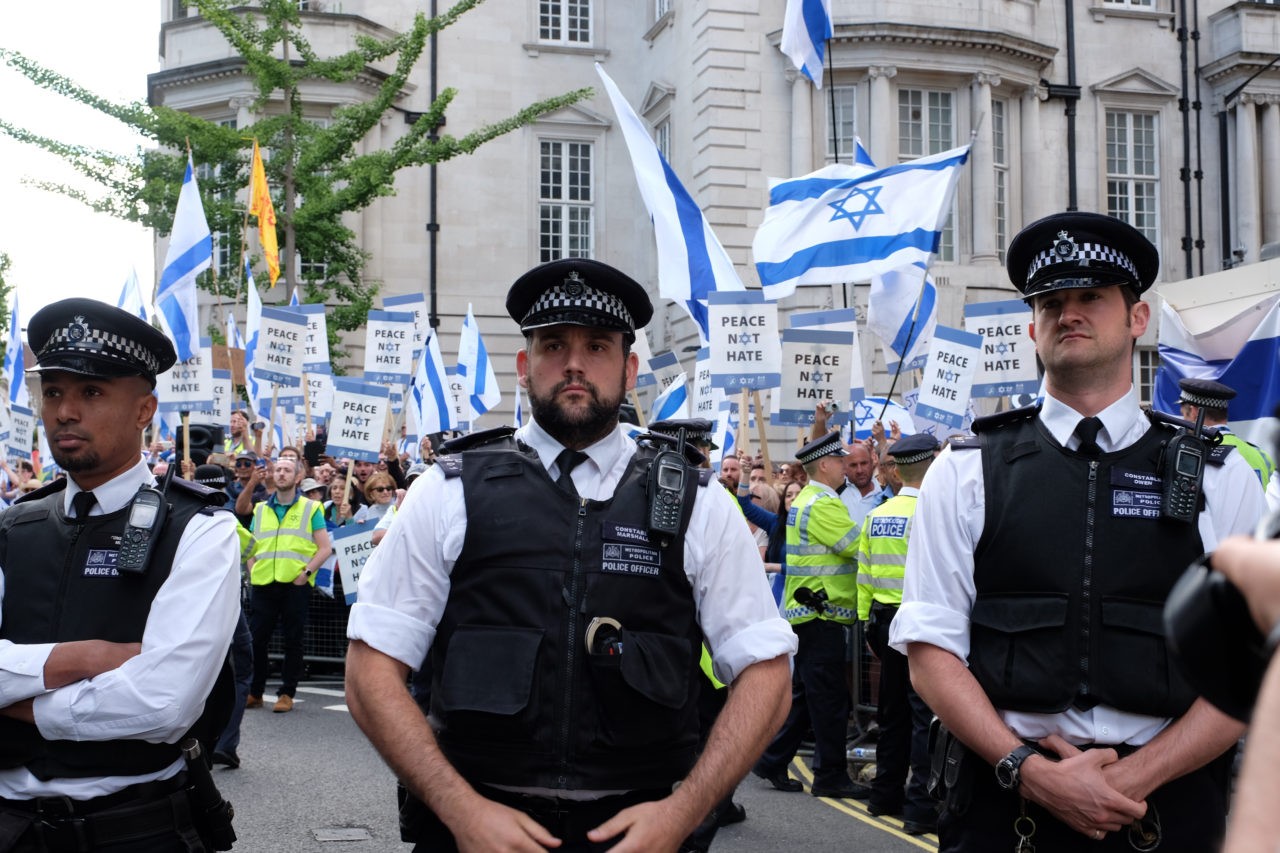 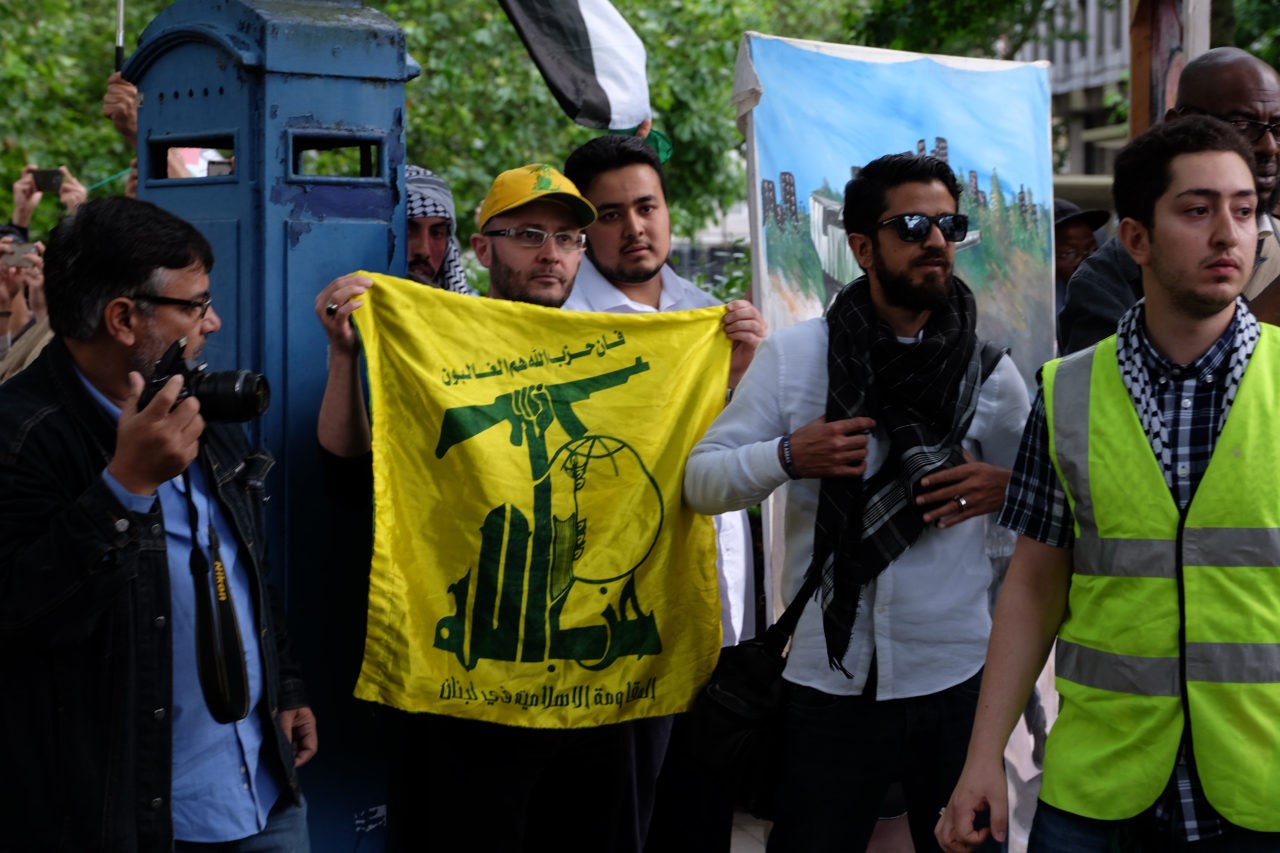 A flag is unfurled besides an old Police call box, outside the American embassy 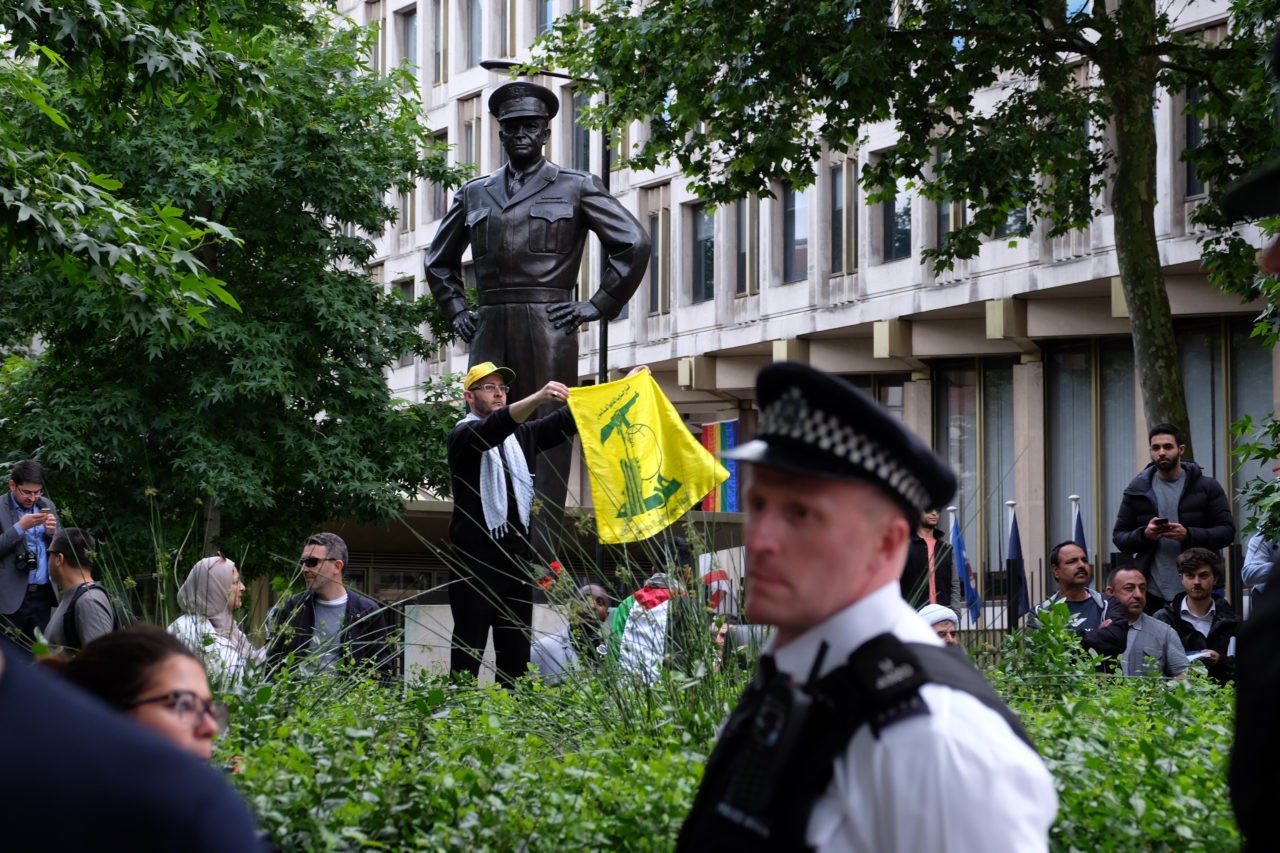 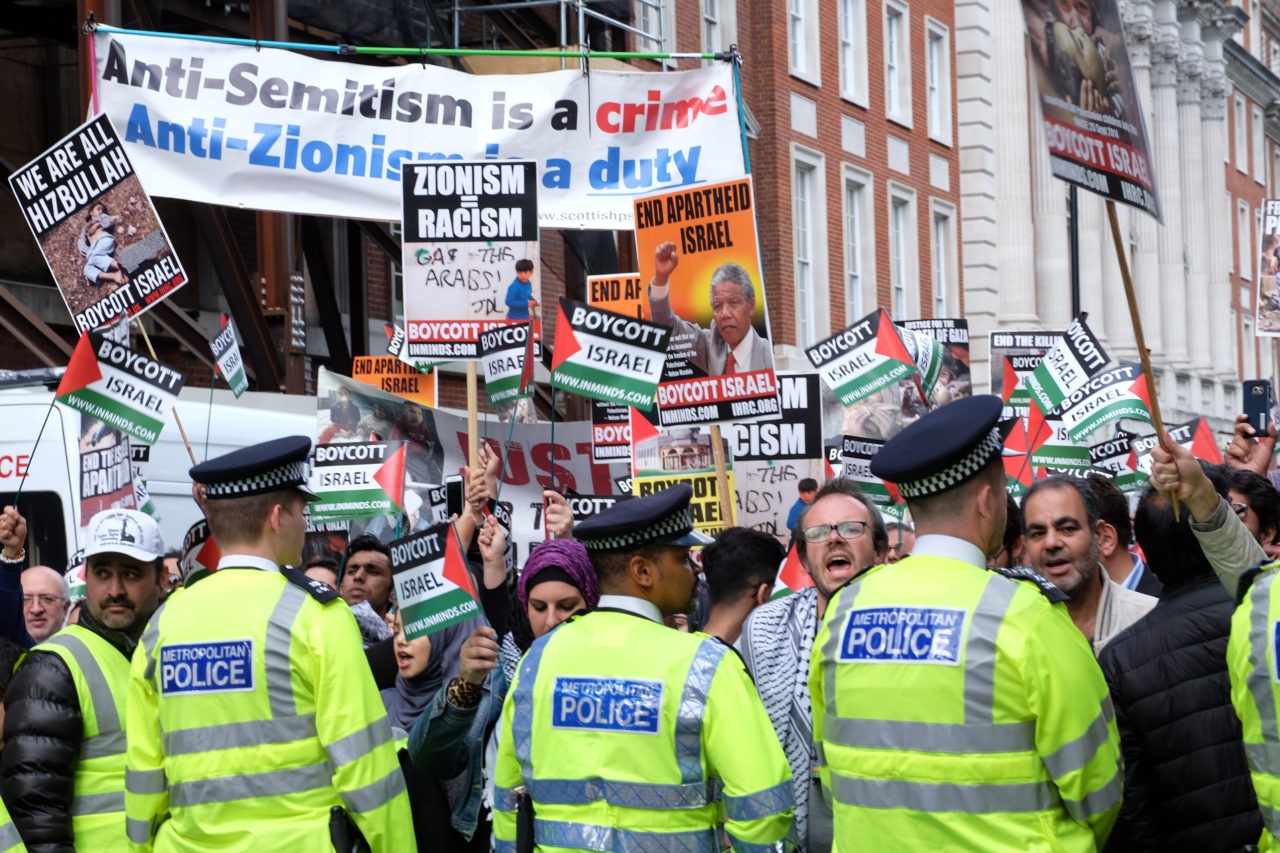 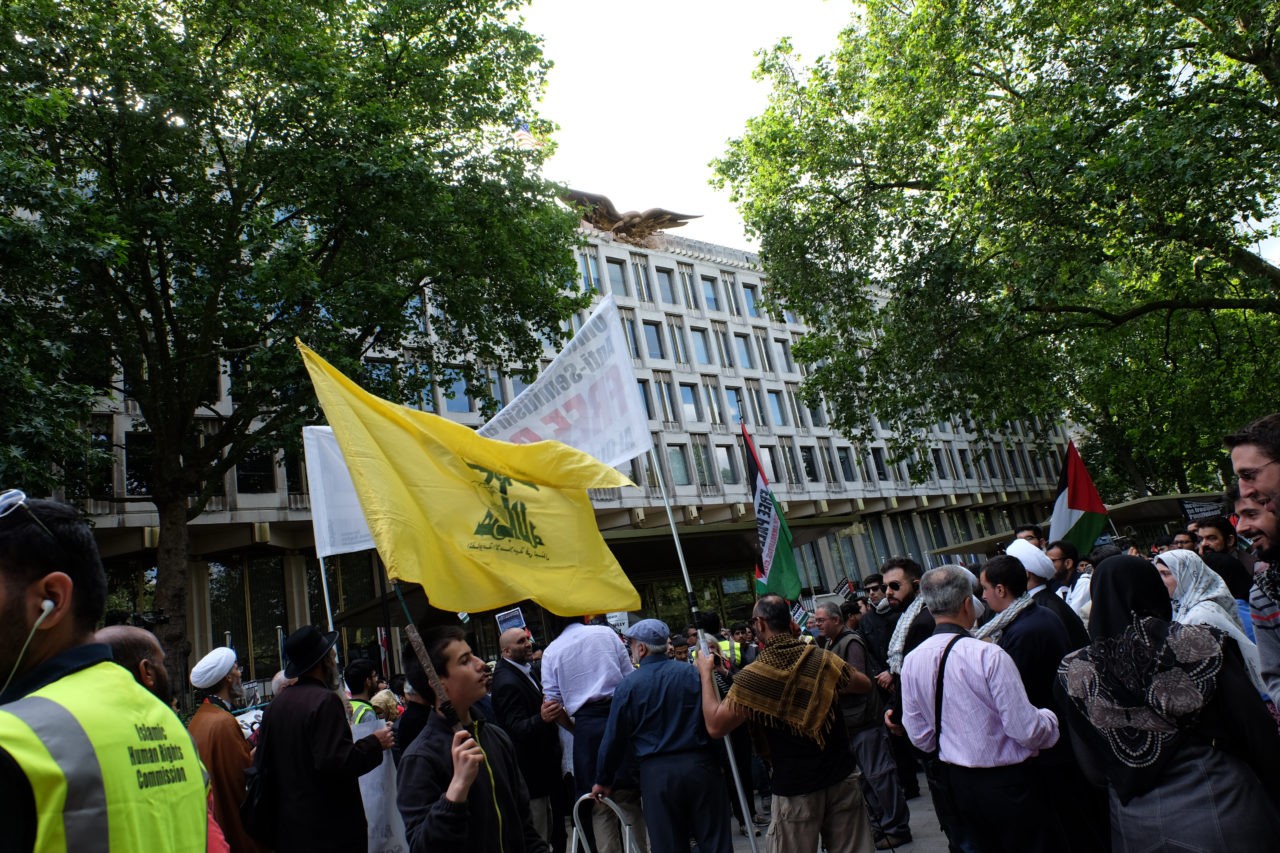 The yellow flag flies before the American embassy.