What are we to make of the fact that all nine #blacklivesmatter protesters who have been charged with aggravated trespass yesterday at London City Airport are white?

This is only a theory, mind, but my deep concern is that this may have been a false flag operation by white racists on a sinister mission to make black people look lazy and stupid.

“Climate change is racist”. Was there ever a more dumb-assed slogan? Was there ever a cause-of-protest better guaranteed to lose all public sympathy and to attract ridicule and loathing? After all, if a natural phenomenon like “climate change” is racist then where does that put, say, snake bites or foreign aid or long- and short-distance running ability? And if pretty much everything in the world is racist, then doesn’t that kind of diminish the significance of the term? 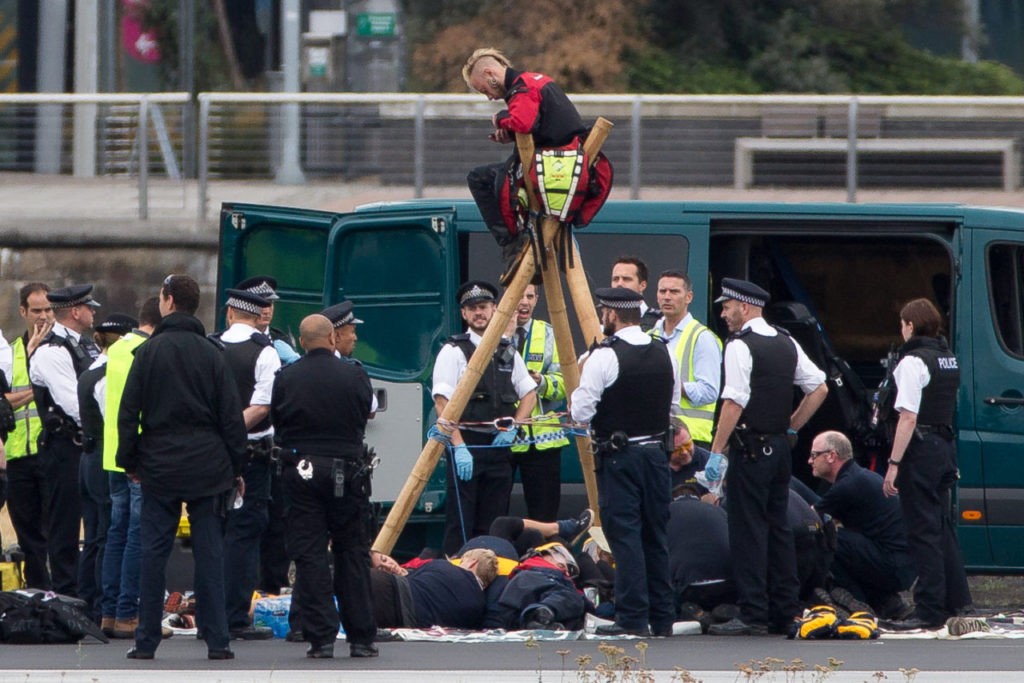 Emergency services surround protestors from the movement Black Lives Matter after they locked themselves to a tripod on the runway at London City Airport in London on September 6, 2016. (DANIEL LEAL-OLIVAS/AFP/Getty Images)

One of the activists – Natalie Fiennes – is a film producer who lives in a £2 million house; another is the former JCR president at Exeter College, Oxford. What better figureheads could there possibly be than these grotesque scions of the Wankerati to discredit the cause of black injustice?

Perpetuating racist stereotypes. Clearly, black people are not lazy and unmotivated. But if you wanted to suggest that they were, what better way than to stage a protest in their name under the #blacklivesmatter banner without the presence of a single black person?