Every year the UN runs a poll which surveys people’s greatest concerns across the world.

It’s significant because the responses run into the millions and canvas the views of people from all countries, rich and poor.

So guess where ‘climate change’ comes on the global population’s list of priorities.

Yes, that’s right. It comes right at the bottom. 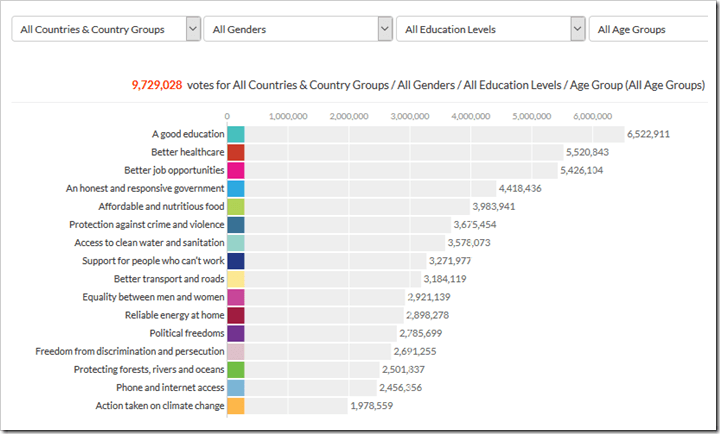 More than three times as many people care about education, and well over twice as many want better healthcare, job opportunities, and honest government than want “action taken on climate change”.

Only when the surveys are broken down between rich and poor countries does “climate change” creep higher up the list. But only in rich countries. In poor countries, as a ratio of the total number of votes made, it becomes even less of a concern. 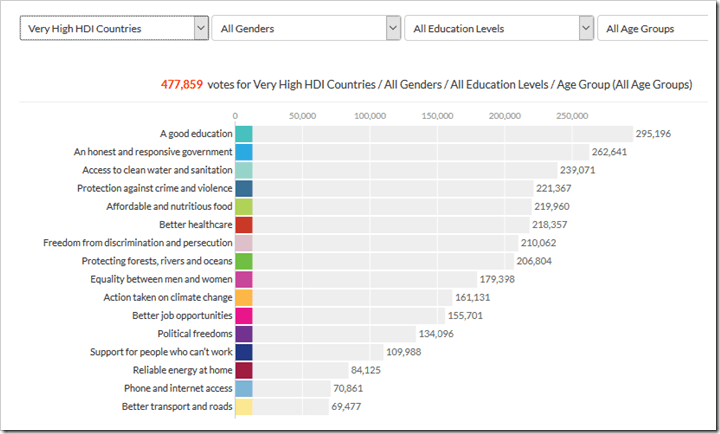 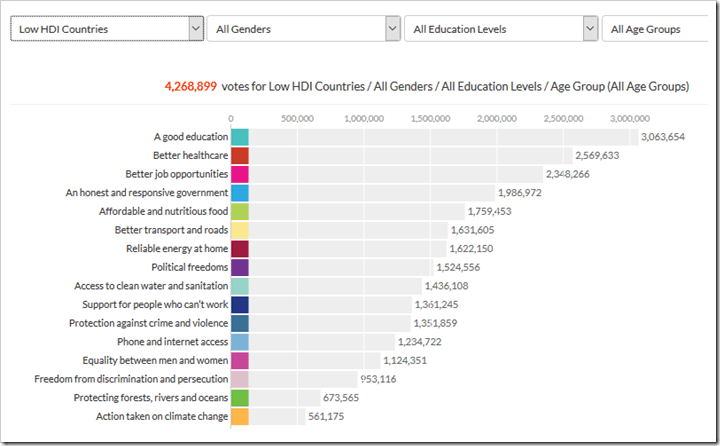 “Action on climate change”, in other words, is the decadent preoccupation of spoilt Westerners who have nothing serious to worry about because they have all the basics – education, healthcare, jobs, political freedoms, phone and internet access – more or less covered. The poll gives the lie to all those people – usual of a left-liberal persuasion – who insist that more needs to be done, more scarce resources diverted, to ‘combat’ climate change.

If the money currently squandered by our governments on this non-problem – $1.5 trillion a year – reflected people’s actual concerns (as governments are supposed to do), then the funding would dry up and a lot of worthless troughers would suddenly find themselves going very hungry.

Which would be good for them, in a way, because for the first time in their miserable parasitical lives they might get a sense of the harm their policies are inflicting around the world – most especially on the poor who, more than anyone, need the cheap fossil fuel energy the greenies are determined to deny them.