The British and European press has reacted with a mixture of disbelief, anger and occasional cheer at the election of Donald Trump as 45th President of the United States. 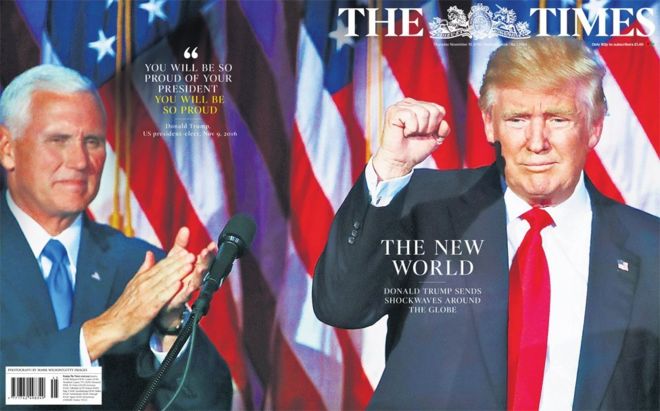 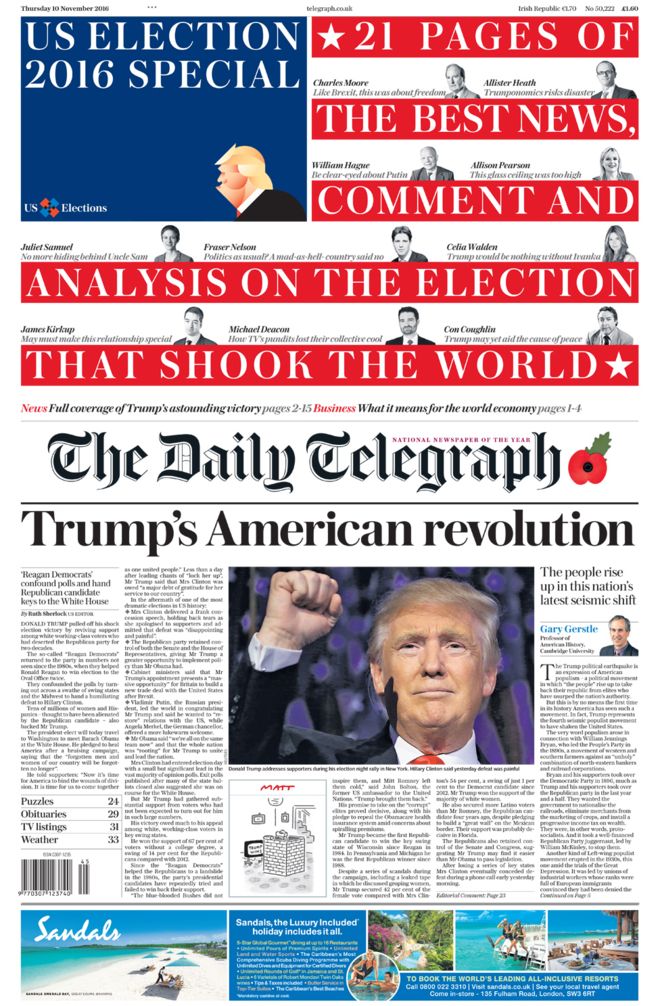 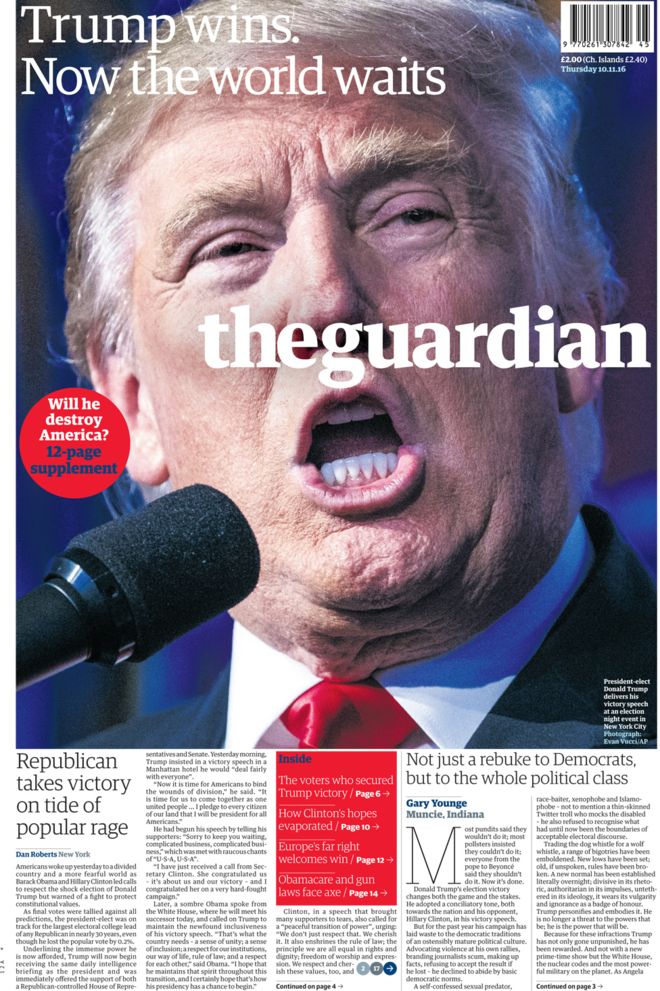 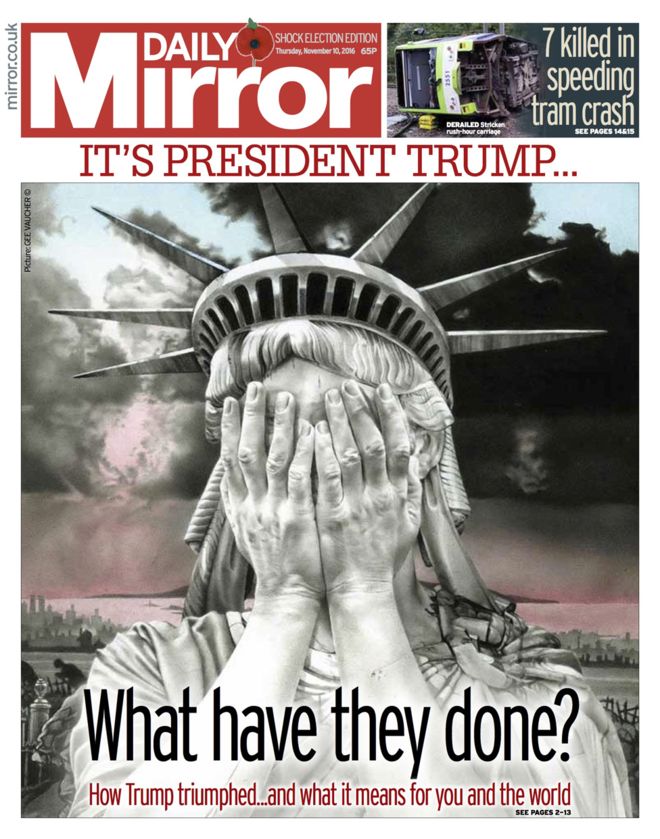 Leftist tabloid the Mirror is not happy 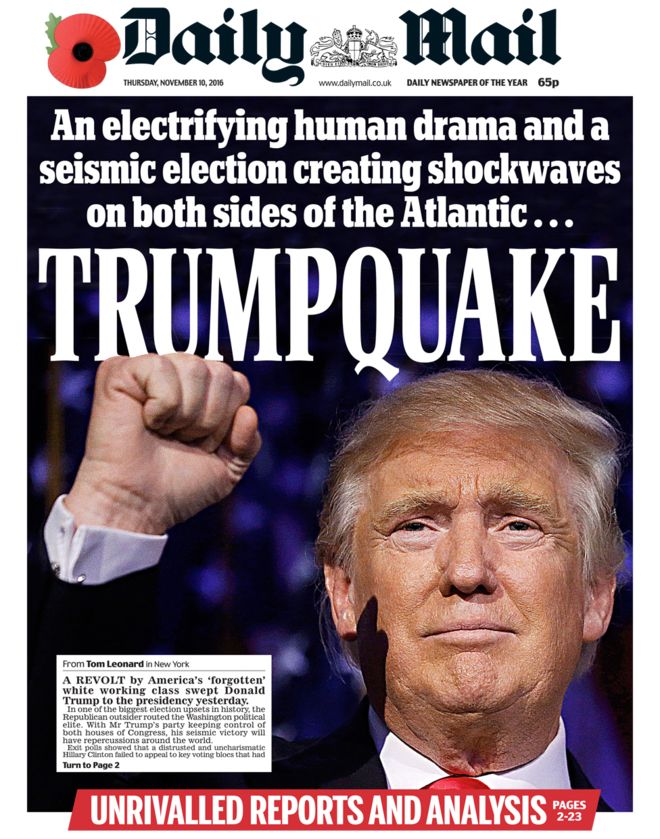 The Daily Mail reports on a “Trumpquake” 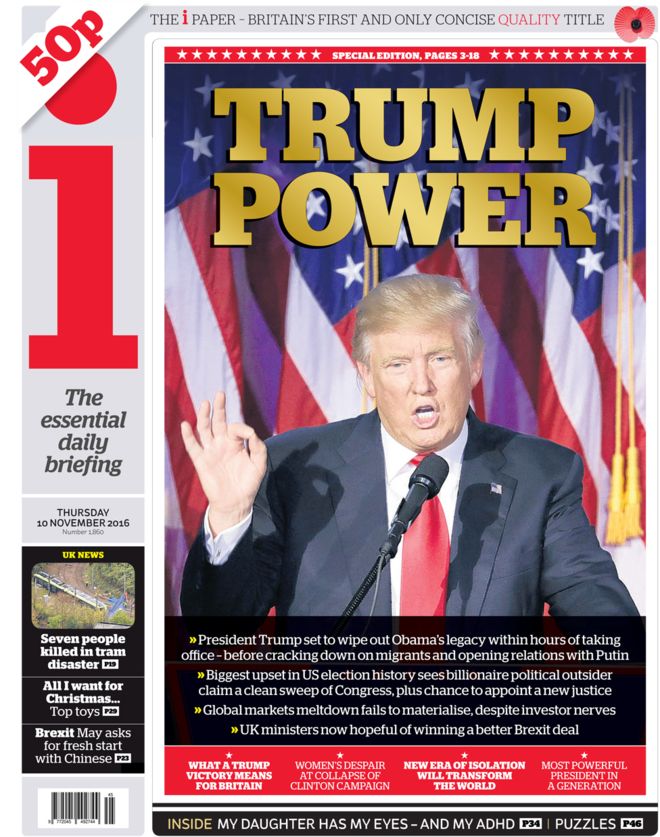 The i says that Trump will “wipe out Obama’s legacy” 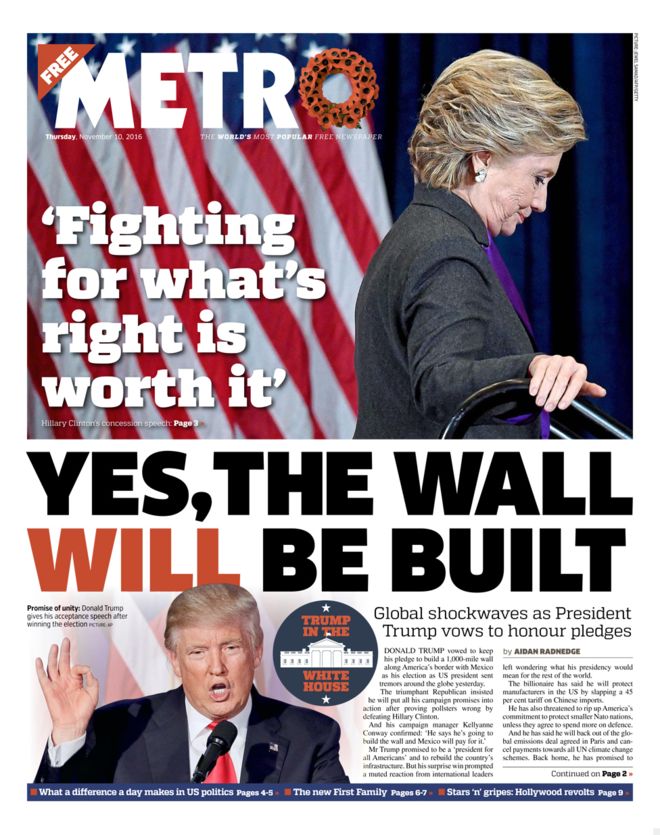 Free newspaper Metro says “Yes, the wall WILL be built” 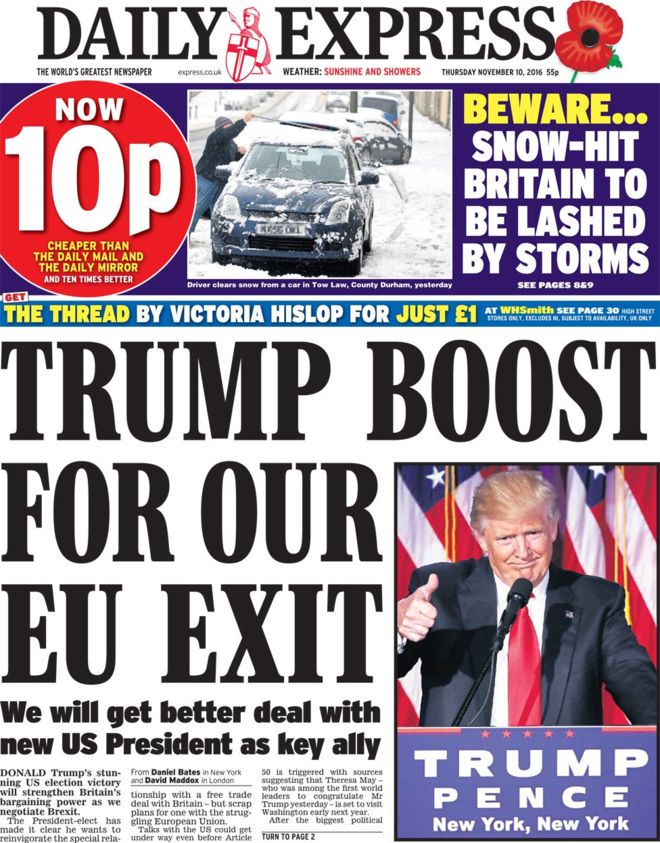 The Daily Express is more positive, saying that Trump will boost Brexit 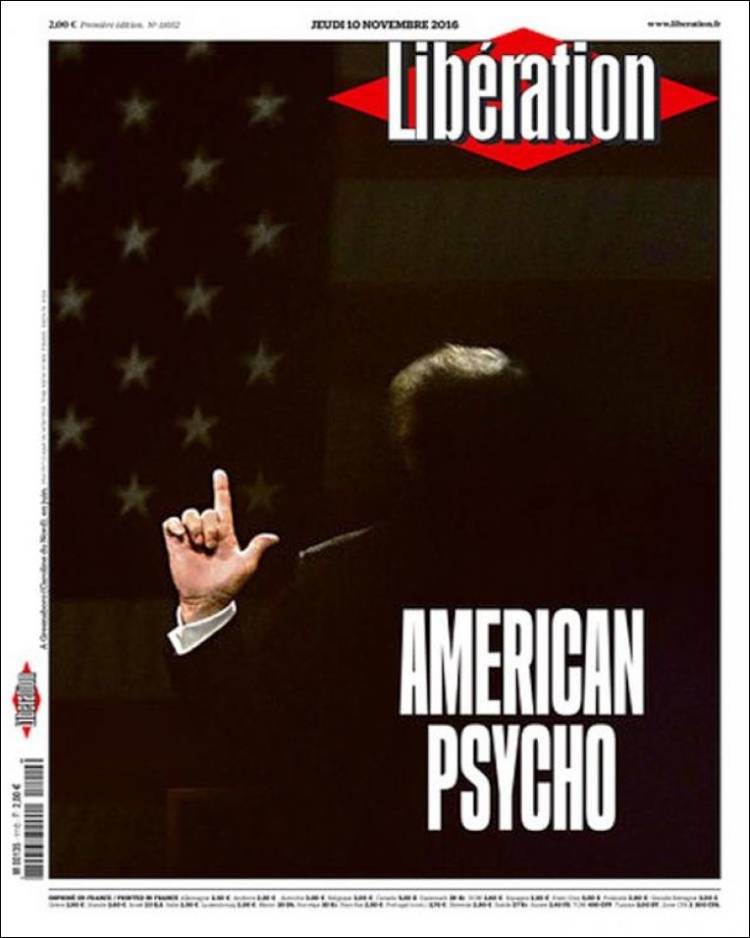 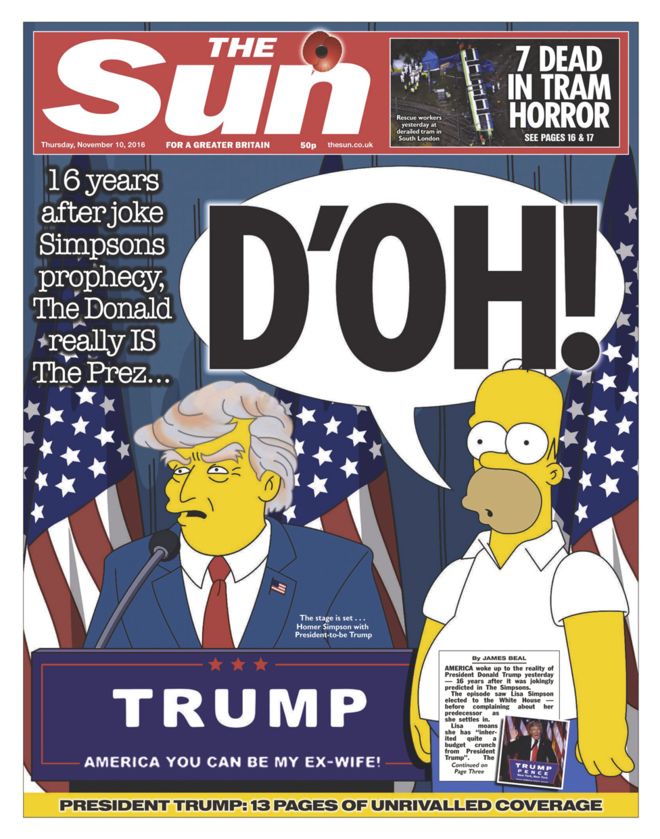 The Sun goes for a slightly different angle, saying how The Simpsons predicted Trump’s presidency 16 years ago 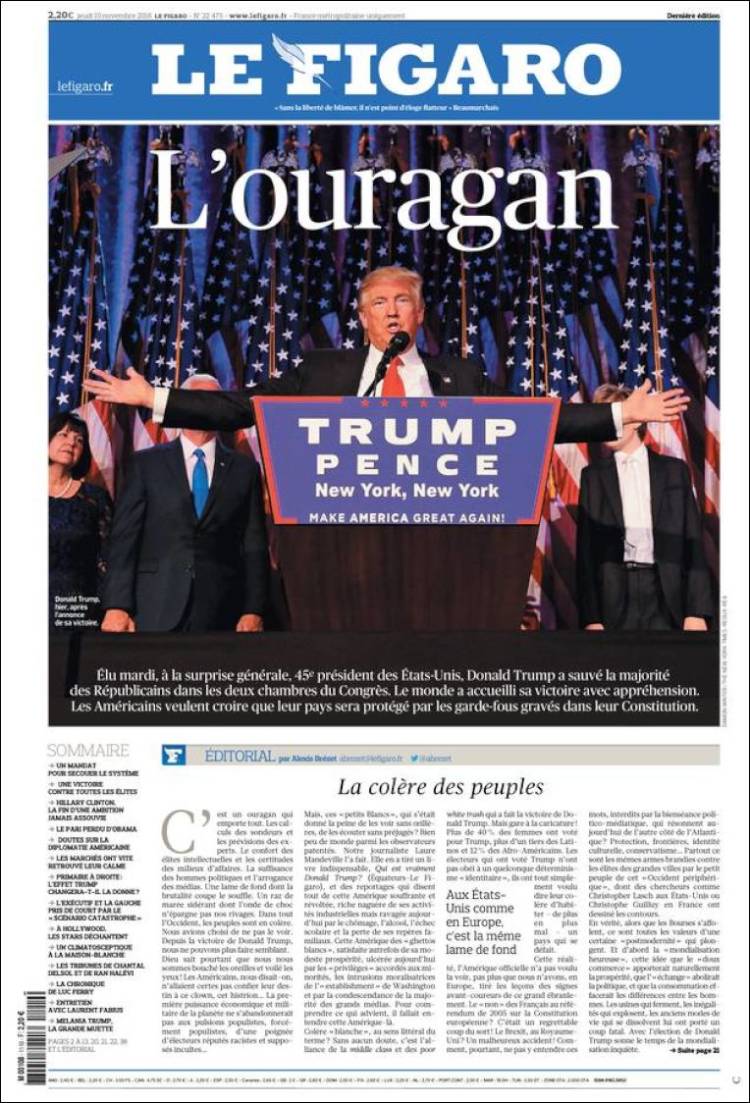 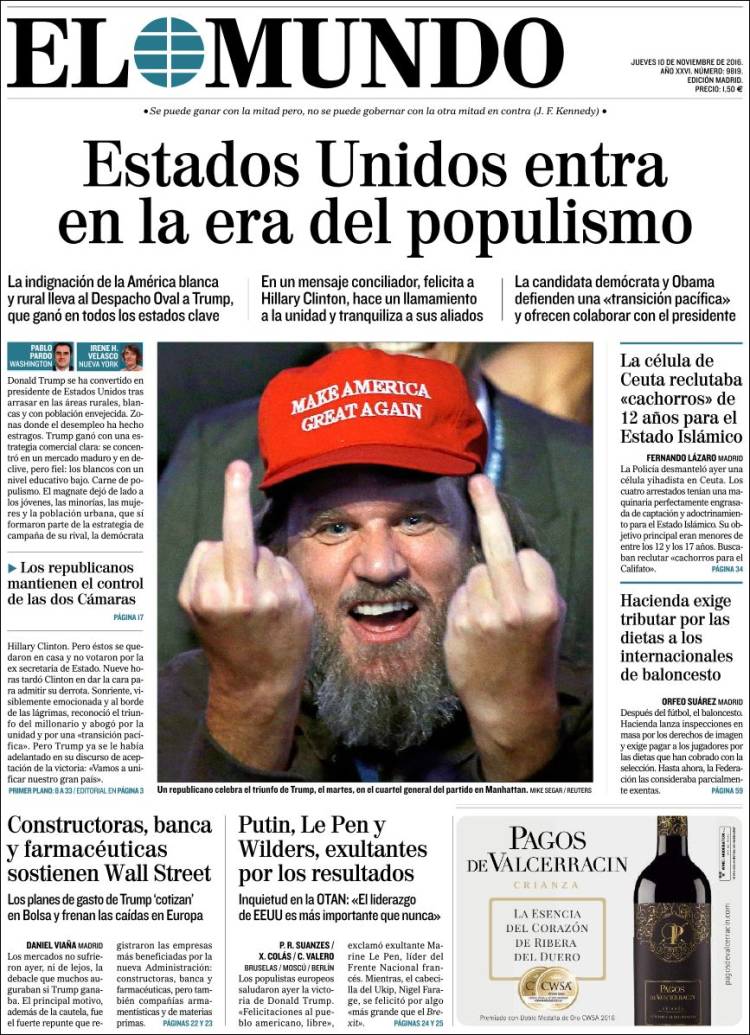 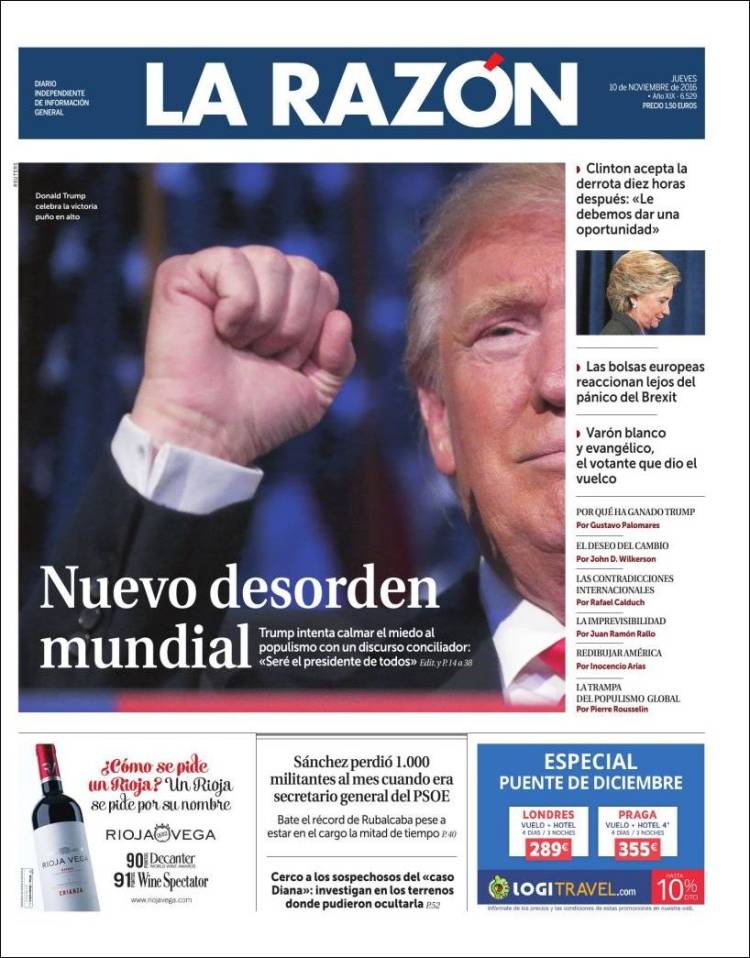