A far-left demonstration against Austrian presidential candidate Norbert Hofer was judged a failure after fewer protesters turned up than journalists and police. 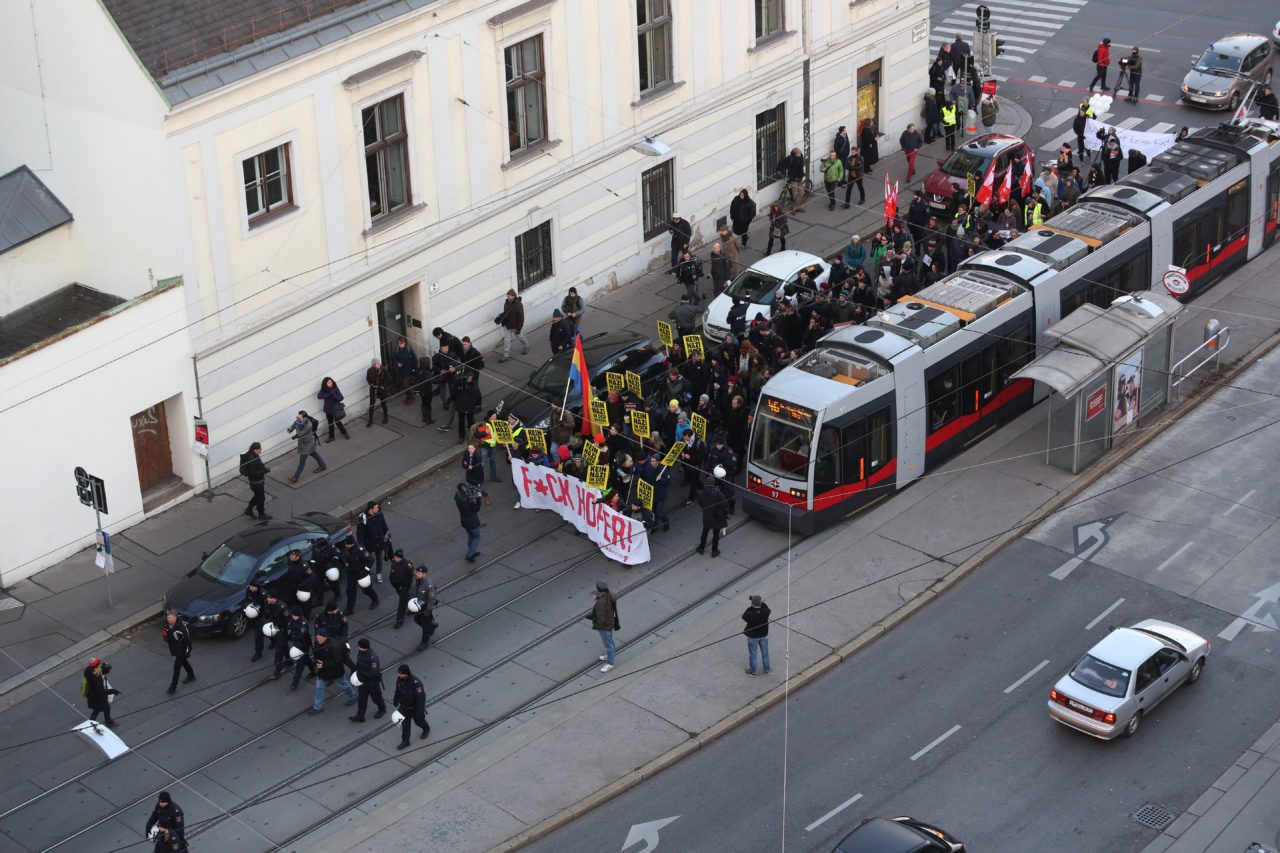 Few and far between: protesters fail to make an impact (Alex Domanski/Getty Images)

Breitbart London reported this week that over 200 people on had said they would attend the march on Facebook, while a further 800 had expressed an interest.

Mr Hofer’s rival, Green-backed candidate Alexander van der Bellen, had distanced himself from the protest, organised by the far-left group Antifa which is notoriously violent.

Every year, the group attacks police at a conservative-sponsored ball, while more recently it has also put a member of the hipster-right Identitarian movement in a coma after throwing bricks off a roof.

Mr van der Bellen said organising protests against his rival would be “counterproductive” and could lead to more people voting for Mr Hofer.

The protest came a day before Austrians go the polls in the hotly contested presidential election that could see the latest populist victory in Europe.

Mr van der Bellen narrowly beat Mr Hofer in an election earlier this year, but Austria’s Constitutional Court ruled the result invalid due to voting irregularities and ordered a rerun.

Last month, he also hinted in a BBC interview that he may back a referendum on Austria’s membership of the European Union if the bloc admits Turkey, or if it tries to grab more powers from national governments.

“If the answer to Brexit would be to make a centralised European Union, where the national parliaments are disempowered and where the union is governed like a state. In this case, we would have to hold a referendum in Austria, because it would lead to a constitutional change,” he said.