The Labour Party has selected for its candidate to stand in the Stoke-on-Trent by-election a man who has ridiculed Brexit as a “pile of sh*t” and described his party’s leader as an “IRA supporting friend of Hamas career politician”.

The city was one of the most fiercely Brexit-supporting areas of the country (69.4 per cent) in June’s referendum, prompting Labour Leave to urge the party to “pick a staunch Brexiteer for their candidate… or risk the humiliation of losing the by-election to the resurgence of Nuttall’s UKIP”.

Labour Leave commissioned polling to back up their claim, showing delivering Brexit as a major priority in the area and UKIP pulling ahead. Yet, the party ignored the warning and picked local councillor Gareth Snell to stand.

Mr. Snell’s opposition to Brexit is so strong he penned a short poem in September ridiculing the UK’s exit from the European Union (EU). 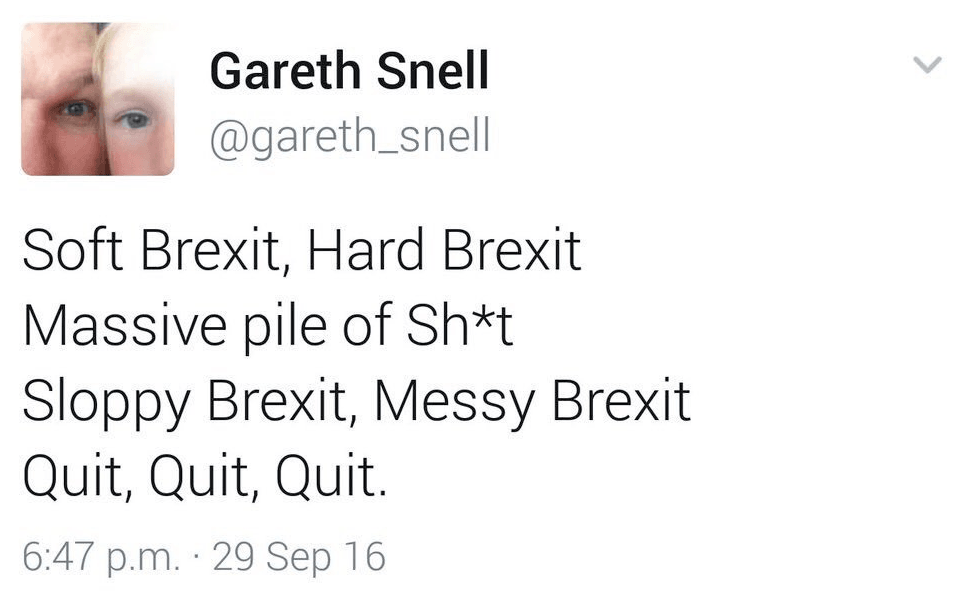 However, he rowed back his Brexit attacks on Wednesday, claiming on Twitter he “won’t frustrate the triggering of Article 50” if elected and insisting “Brexit has to work for the potteries”.

The by-election will take place on February 23rd, and was called following the resignation of former Labour MP Tristram Hunt, who was born in Cambridge to an aristocratic family. 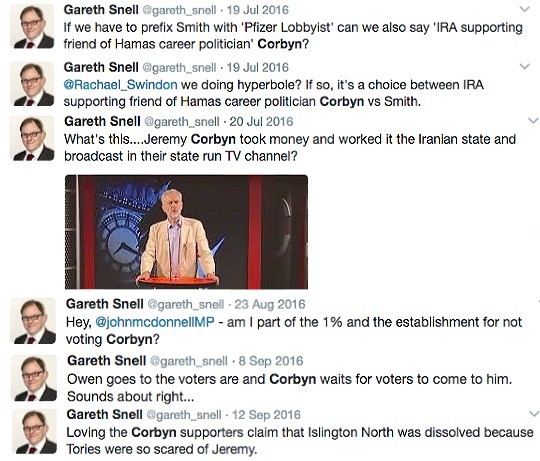 Mr. Snell previously worked for Mr. Hunt and was born in Newcastle, where he served on the council before moving to Stoke.

He was a keen supporter of the ‘moderate’ Labour leadership challenger Owen Bennett, frequently denouncing the party’s current leader, Jeremy Corbyn, as an extremist who is out of touch with working people.

Mr. Corbyn is noted for having grown up in a 17th century manor house in Shropshire, has worked with senior IRA members, and once welcomed Islamist terrorists from Hamas to parliament as his “friends”.

UKIP leader Paul Nuttall confirmed he will be standing for his party over the weekend, arguing that, “Without Ukip MPs in Parliament, there is a danger [Brexit] will be watered down”.

He has also said he feels “right at home” in Stoke-on-Trent as he understands the “working-class communities of the Midlands and the North”.

However, Mr. Snell said in a statement that “Only Labour will do what is needed to get a fair deal for the people of Stoke-on-Trent Central”, as well as claiming “UKIP’s plans for our NHS are clear – sell it off to the highest bidder”.

Mr. Nuttall, however, has insisted this is a “lie” and said his party will commit more money to the National Health Service.