New labour market statistics from the Office for National Statistics (ONS) shows the number of people working in Britain who were born abroad now stands at 5.64 million – greater than the entire population of Scotland.

The Labour Force Survey estimates indicate that, between October to December 2016 and January to March 2017, the number of people in work increased, and the number of unemployed or economically inactive fell.

Of those 5.64 million, the number of non-British nationals is slightly lower at 3.55 million, because the larger figure includes British nationals born abroad and immigrants who have subsequently acquired citizenship.

Overall, the proportion of all people working in Britain accounted for by non-British nationals since records began 20 years ago in 1997 has more than trebled, increasing from 3.5 per cent to 11.1 per cent. 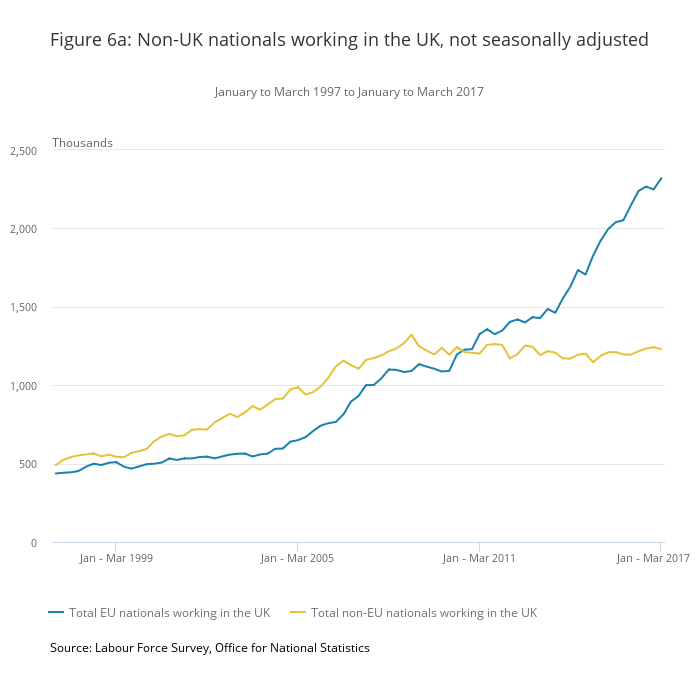 The statistics further indicate that, between January to March 2016 and January to March 2017, the number of EU nationals working in the UK increased by 171,000 to 2.32 million – despite claims of the Brexit vote “squeezing employers’ ability to find workers”.

The increase in the number of non-British workers from outside the EU rose by a more modest 35,000, taking the total to 1.23 million.

Overall, the number of non-British nationals working in Britain over the period has increased by 207,000, easily outstripping the increase in the number of British-born people entering the workforce, which stands at  179,000. 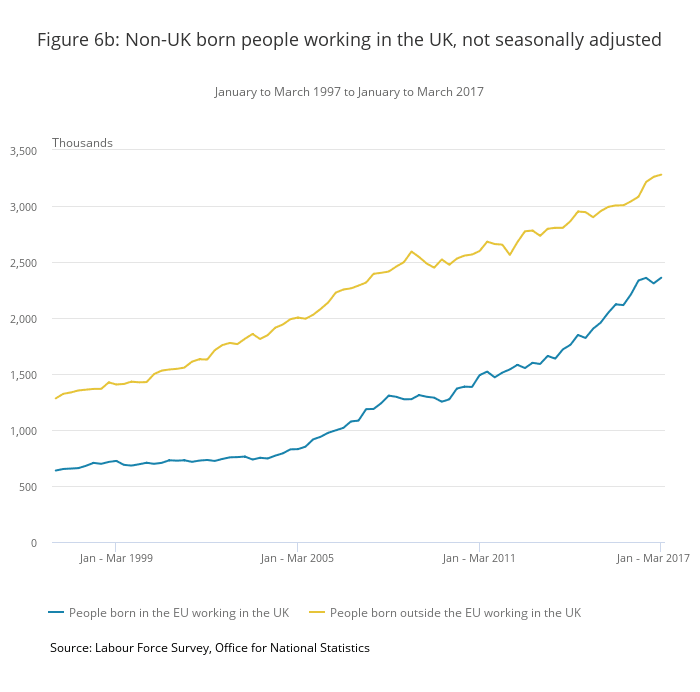 The survey places the statistics in a broader context by considering changes between January to March 1997, when Tony Blair’s pro-mass immigration administration took office, and the present day. 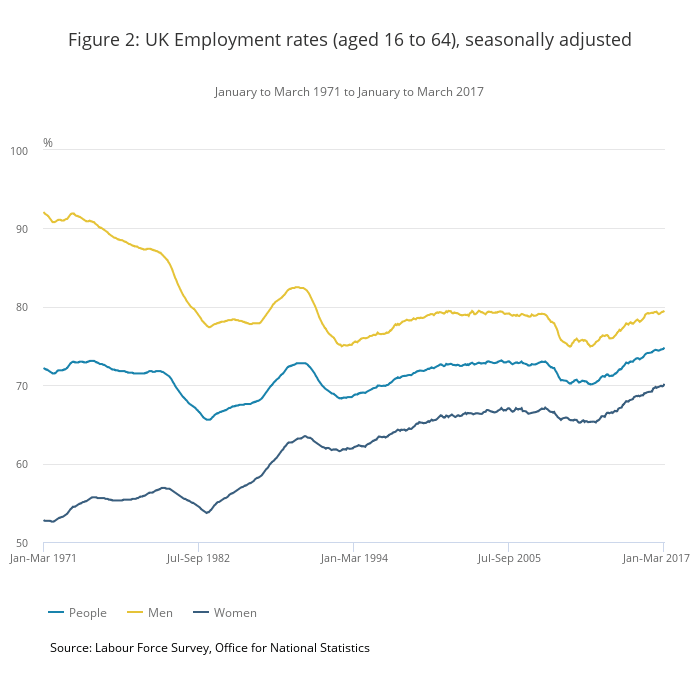 The statistics also show there is still no sign of the “immediate and profound economic shock” which George Osborne’s Treasury predicted in the event of a vote to Leave the European Union.

“[S]uch a decision would … push the UK into recession and lead to a sharp rise in unemployment”, officials warned in May 2016, less than a month before the vote.

At 74.8 per cent, the employment rate is, in fact, at its highest since comparable records began in 1971.