(AP) — Iris Azulai’s 17-year-old daughter, Carmel, recently attended a large concert in Tel Aviv of the Argentine singer Lali. Given Israel’s history, the fear of terrorism is always lurking, particularly at mass events, but regardless, she would not have prevented her daughter from going.

“There is always that fear … but I allow her to go because I say we cannot allow terrorism to take over our lives,” the mother said Tuesday following the Ariana Grande tragedy in Manchester, England. “It can happen anywhere and I just ask my daughter to be aware and take note of her surroundings.”

Before a suicide bomber struck in the north of England on Monday, young Grande fans at the 21,000-seat Manchester Arena posted photos on social media with messages of excitement at seeing their 23-year-old, high-ponytailed idol live. But now, some parents are thinking carefully about their children’s summer plans to attend concerts. 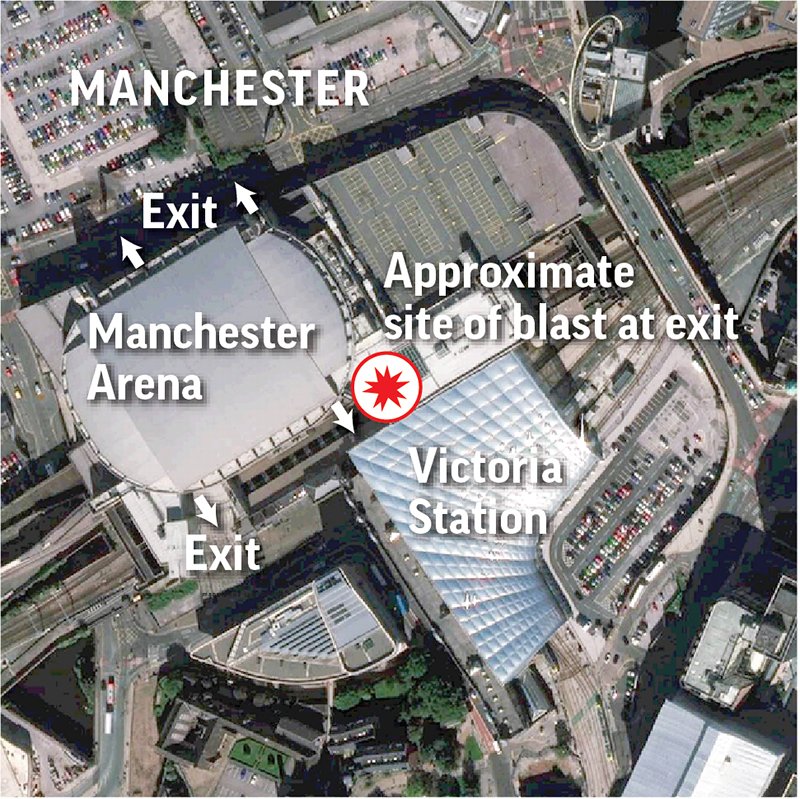 “The worst part is that if something happens there is nowhere to run and nowhere to hide. All these things pass through my mind when she is there,” Azulai said.

Among those killed in Manchester was 8-year-old Saffie Roussos. She was the youngest of the 22 dead identified so far.

“The thought that anyone could go out to a concert and not come home is heartbreaking,” said Chris Upton, the head teacher at Saffie’s school, Tarleton Community Primary School in the village of Tarleton, Lancashire.

For many families and kids, concert going — especially freewheeling summer shows around the world — are a rite of passage, a step toward independence. Count American singer and songwriter Victoria Monet, 24, in that demographic.

She was among two opening acts for Grande on the European leg of Grande’s Dangerous Woman Tour. Monet told her 43,100 followers on Twitter after the deadly explosion in Manchester that the “ones who came to have the night of their lives ended up losing them.”

Monet added: “They weren’t safe. I will never understand this hate! I don’t know how to handle this and I can’t smile and I feel useless I’m sorry.”

Julie Dearing in Houston, Texas, has a boy and girl, a 13-year-old son not at all interested in concerts and an 11-year-old music lover who was, until she learned of the Manchester attack. Earlier this year, Dearing’s daughter watched Fifth Harmony and other acts perform at Houston’s NRG Stadium, which has a capacity of nearly 80,000.

“That was her first concert,” Dearing said. “I wasn’t worried then, but I am now. I don’t know that I would let her go to a concert now and I don’t anticipate her asking again, at least not for a long time. She expressed to me she no longer has a desire to attend a large concert after hearing this news. It was very frightening, understandably so.”

Dearing’s daughter, Alyssa Dearing, put it this way: “I don’t think I’m afraid. I’m just more cautious. I’d be kind of on edge, like not really 100 percent sure of everything.”

Will that anxiety carry over to the mall, getting around by herself or with friends and other independent outings?

“I think it’s so associated with concerts more than anything else,” the elder Dearing said. “I think she’ll be fine but I’d rather err on the side of caution.”

As anxiety-inducing as concert going by kids can be, whether parents attend or not, Los Angeles licensed psychologist Crystal I. Lee sees no upside in letting fear take over.

“Car accidents are more likely to harm your child than a terrorist attack, yet you still allow your child to travel by car,” she said. “Of course, continue to exercise your general good judgment when deciding if your child should go, but don’t let the possibility of terrorism be the deciding factor.”

Easier said than done for some parents, especially those in Paris and other cities that have been targeted by terrorists in recent years. 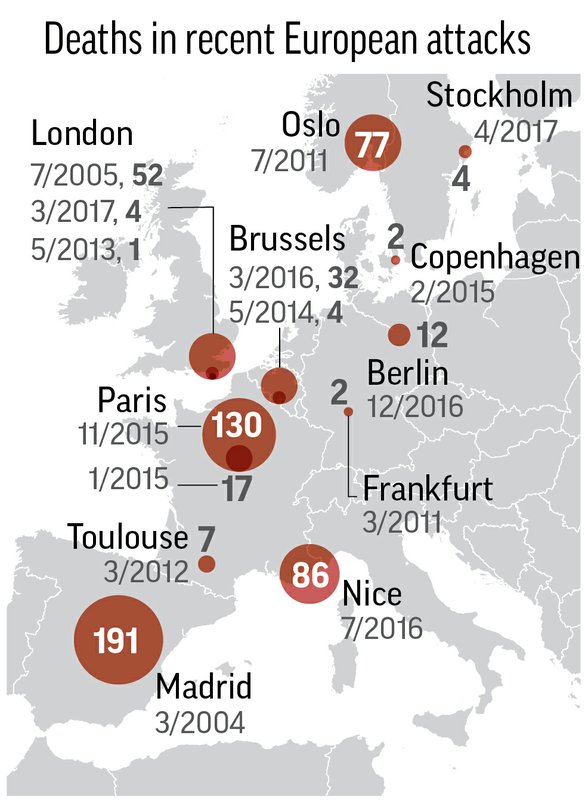 Paris resident Shelley Boyd Cadiou’s three sons — the youngest of whom is 18 — were going to attend a Guns N’ Roses concert in Paris on July 7 at the Stade de France, one of the targets in the November 2015 Paris violence that left 130 people died. They’re no longer attending because of jitters over the Manchester attack.
“I don’t think I would ever veto a concert if my children really wanted to go but I will always be relieved if they decide for whatever reason not to be in crowds,” Boyd Cadiou said.

The November attacks included the Bataclan concert hall, where most of the carnage occurred.

“I try to not let my anxiety touch other people but the Bataclan event was very traumatic for me,” Boyd Cadiou said.

Jerrid Anderson, who recently moved to Paris from Minnesota, planned to take his 19-year-old daughter, Hannah, to the Guns N’ Roses show but decided immediately against it Tuesday morning because of Manchester. His wife, Danielle Anderson, said that she was against his decision to cancel but let it stand.

“I don’t think we should live our life in fear. I don’t really care if my husband and children go to a rock concert, but what I don’t want is to box in our lives out of fear of terrorism,” she said.