The Gard family’s spokesman Alasdair Seton-Marsden has said baby Charlie is “effectively being taken prisoner by the NHS and by the State”.

Speaking to Sky News, Mr. Seton-Marsden argued that doctors at Great Ormond Street Hospital, who want to remove Charlie’s life support so he can “die with dignity”, have tried to exclude the infant’s parents from decision making, “yet the parents know what is best for the child, and have a say as well”.

“Whose child is he? Is he the state’s child? Is he the NHS’s child? Or does this child belong to the parents?” asked Mr. Seton-Marsden, saying that though the parents had the “utmost respect” for the doctors and nurses treating Charlie, they believe it should be them who have the final say over his future.

“I would maintain [this case] raises very profound moral and political questions as to who a child belongs,” he said. 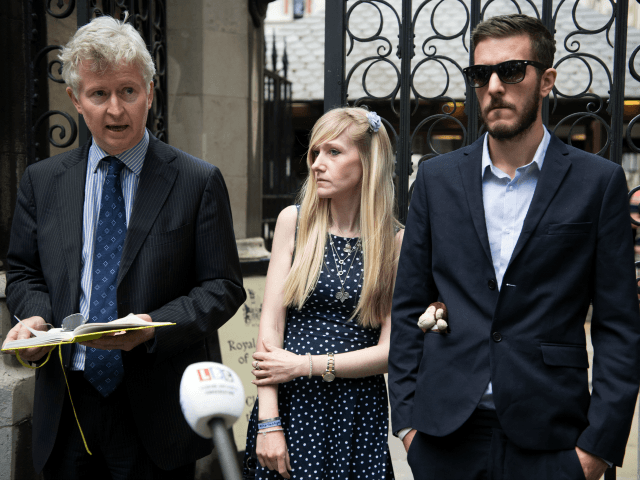 The remarks come after Charlie’s parents, Connie Yates and Chris Gard, won a battle with the hospital over whether Ms. Yates could attend a meeting with U.S. neurologist Professor Michio Hirano, who is flying to the UK on Monday to assess if the sick child would benefit from an experimental therapy he has developed.

Mr. Seton-Marsden told the broadcaster that the parents had concerns regarding the chairman of the meeting, who is a social worker appointed as Charlie’s guardian for legal proceedings. Charlie’s parents maintain there should not be a separate guardian for their child at all.

Of state interference, the family spokesman said: “This is the breakup of the family. So often the government tries to do things, but often not deliberately, which undermine the family.

“The family is the best unit in which to raise a child.”

“The child is effectively being taken prisoner by the NHS and by the State,” he added.

Representative Trent Franks (R-AZ), who has proposed legislation to grant the baby and his parents U.S. resident status, wrote: “[D]octors and the judiciary have said that, not only is there no hope, but rather than release Charlie to the care of his parents, they have also omnisciently decided to literally hold him hostage – insisting not only that Charlie must die but that he also must be in their ‘care’ when he does.”

Great Ormond Street Hospital, which maintains is is acting in the best interests of Charlie, previously won permission from the High Court to withdraw Charlie’s life support without his parents’ consent, and defeated attempts by the Gards to overturn that decision in the Court of Appeal, the Supreme Court, and the European Court of Human Rights.

On Thursday, the Gards walked out of a High Court hearing after a disagreement with the judge, with Mr. Gard exclaiming: ‘I thought this was supposed to be independent!’