A new survey of Muslim migrants in Austria by the Danube University of Krems shows a distinct difference between typical Austrian values and those of incomers from places like Somalia and Chechnya, who hold far more religious views on society.

The study, released earlier this week, shows a vast difference in the attitudes of Muslim asylum seekers from mainstream opinion in the more secular Austrian society. The researchers interviewed 1,129 Muslims originally from Syria, Afghanistan, Iraq, Iran, Somalia and Chechnya, with 60 per cent believing jokes about Islam should be banned and a quarter saying Islam should influence Austrian law, Kronen Zeitung reports.

The interviewees’ attitudes also differed depending on their country of origin. 70 per cent of Somalians approved of banning jokes about Islam, followed by Afghanis and Chechens. Iranians tended to be less puritanical, with only 14 per cent agreeing that jokes should be banned.

Somalians were also the most likely to answer affirmatively to the question of whether or not they would die for Islam, with almost a third saying they would. Chechens and Somalians also overwhelmingly agreed that Islam should play more of a role in Austrian society, with as many as 72 per cent of Somalians desiring more Islam in Austrian culture.

The issue of the Muslim headscarf has been debated recently by Austrian politicians including Foreign Minister and Austrian People’s Party (ÖVP) leader Sebastian Kurz, who was behind the legislation that banned full face veils this year. 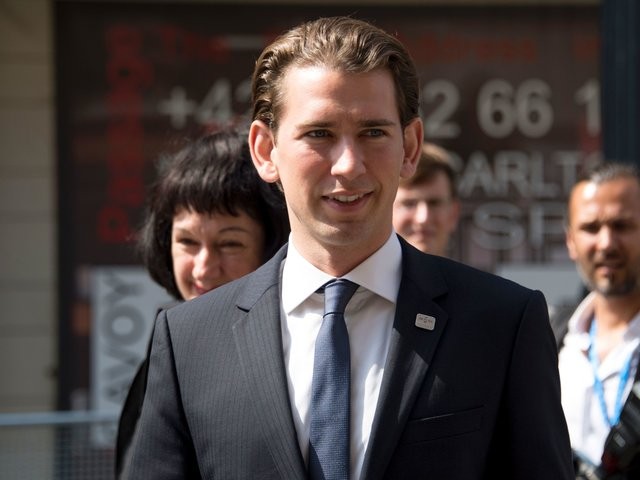 Another problem that has drastically risen over the course of the migrant crisis is the number of anti-Semitic incidents that have occurred in countries like Austria, Germany and France, which some attribute to growing Muslim populations.

On some Berlin school playgrounds the phrase “You Jew!” has become a common insult and there was one case of a Jewish pupil being forced to leave a school due to harassment and physical violence from Muslim pupils.

The survey showed 62 per cent of the Syrians, 55 per cent of the Afghans and 47 per cent of Somalians agreed with the statement “Jews have too much power in the world”. Hostile sentiment against Israel was also widespread, with nearly half saying the country was an enemy of all Muslims.

Foreign Minister Kurz reacted to the survey by saying it confirmed his previous tough stance on Islam. He said he would continue to advocate for the reduction of migration from undereducated countries and would seek to reform or shut down Islamic kindergartens and other institutions he believes are creating parallel societies.

The leader of the FPÖ, Heinz-Christian Strache, has also taken a hard line against Islamisation, saying he wants to ban radical Islam.

Many pundits believe the FPÖ will form a coalition with the ÖVP after the election.