In the last 20 days, there have been no migrant deaths on the Mediterranean and the number of migrants heading to Europe has drastically declined, while many migrant rescue Non-Governmental Organisations (NGOs) have suspended their activities.

The Organization for Migration (IOM) released the figures in a new report Tuesday in Geneva, saying that there have been no drownings along the Central Mediterranean route in the last three weeks. The European Union border agency Frontex has claimed that the reason for the decline in deaths is an increased presence of the Libyan coastguard in the area, Salzburger Nachrichten reports.

The Libyans have alleged the NGO was operating within its territorial waters. https://t.co/kMQwMUWrJa

In recent weeks a number of developments have led to the number of migrants greatly declining from last year’s levels. While Frontex says that the increased action of the Libyan coastguard has rescued many migrants and turned them back to Libya, they have also helped shut down the operations of pro-migrant NGO vessels by confronting them at sea and ordering them to leave the area.

Earlier this year Frontex said that the pro-migrant rescue missions, which often took place very close to Libyan territorial waters, were acting as a pull-factor encouraging more migrants to try and make the dangerous voyage.

NGOs Medicines Sans Frontiers (MSF) and SOS Mediterranee recently complained about the lack of migrants saying,”What we’re seeing at sea is that it seems fewer small boats are leaving Libya, and those that do leave are intercepted by the Libyan coastguards.”

The two NGOs operate the 68-foot vessel the Aquarius, which is one of the last ships to operate in the search and rescue (SAR) zone. Currently, the ship is the only vessel operating to the SAR zone according to data from the AIS tracking website Marine Traffic. 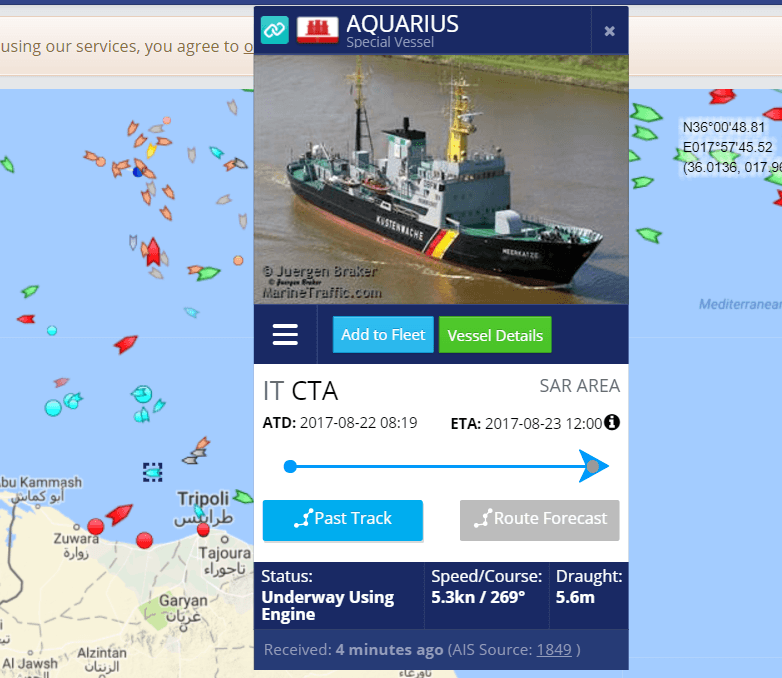 Most other NGOs announced they would suspend their activities in the area including the German-based NGO Sea-Eye, though their vessels the Sea-Eye and the Seefuchs are still in the Mediterranean with an unknown destination. 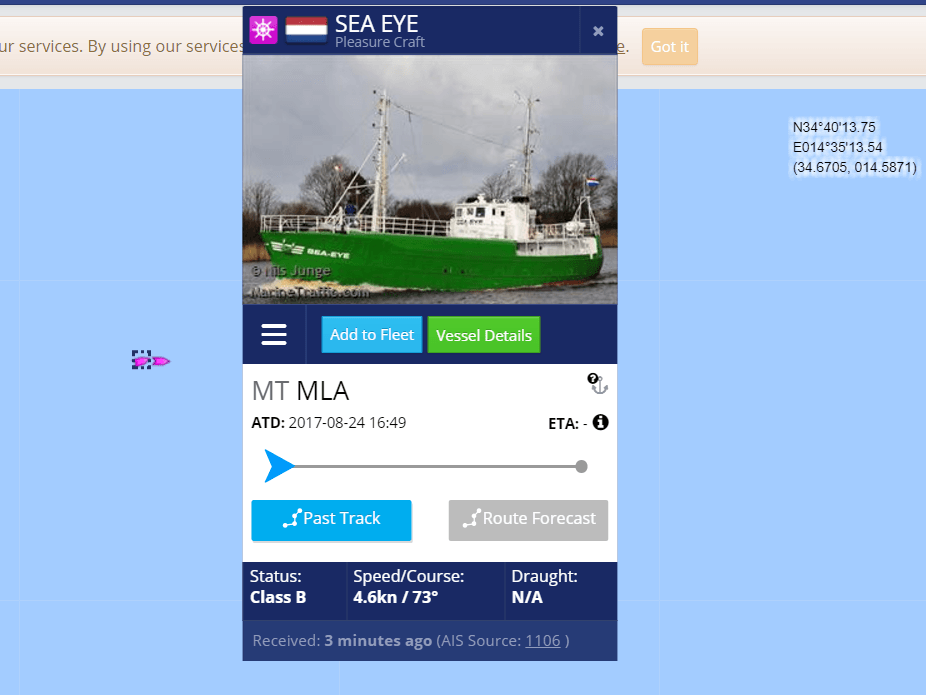 At the same time as the Libyan Coastguard ramped up its efforts in the area, the anti-mass migration hipster-right Identitarian movement conducted their “Defend Europe” mission.

The group said they watched over the NGOs for evidence of alleged cooperation with people smugglers and recently announced their mission to be over and a success after most NGOs suspended their missions.