A man accused of preaching strict sharia law on London’s Oxford Street has been ordered to stand in court by a judge after saying he only answered to Allah.

Appearing at Southwark Crown Court, Ricardo McFarlane told the usher he would not stand for “any man”, The Times reports.

When Judge Martin Beddoe entered the court and noticed Mr. McFarlane had remained seated in the dock, he told him to get up, adding: “This is not a court of religion.”

Mr. McFarlane, a former associate of convicted Islamic State recruiter Anjem Choudary, was given an Anti-Social Behaviour Order (ASBO) in 2014 for threatening non-Muslims as part of a self-styled Muslim patrol gang.

The ASBO banned him from approaching members of the public “in order to promote sharia law”, and he was appearing in court after being accused of breaching it by campaigning in central London.

The 30-year-old is alleged to have set up a stall outside the flagship Topshop on Oxford Street, on March 25, 2016, along with 20 other men, to call for strict Islamic laws to be implemented across the UK. 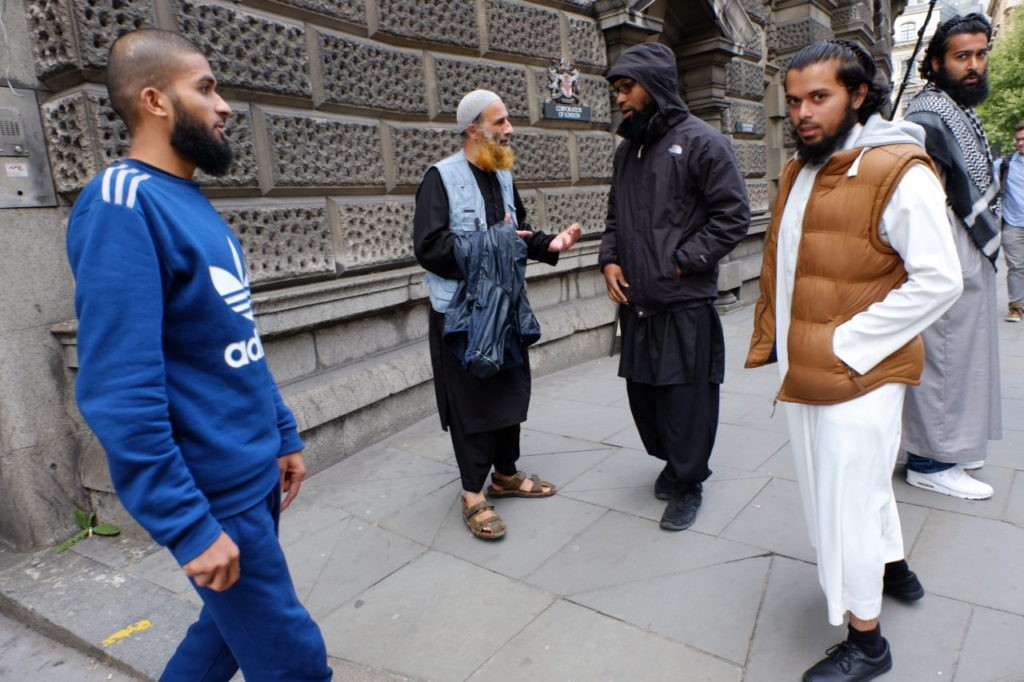 The judge explained: “If Mr. McFarlane isn’t going to treat this court with respect then I might have to deal with him differently than to release him on bail,” before a break in proceedings.

Roy Hedlam, defending, replied: “Because of his religious belief he believes there is only one person who he should bow to.”

Judge Beddoe continued: “That is as may be, but this isn’t a court of religion, this is a secular court and it expects to be treated with respect. That isn’t in breach of any religious principles I’m aware of.”

Mr. McFarlane relented and stood up in the dock while the judge was speaking, prompting him to say: “He’s very kindly standing up for me because I’m about to go.”