German Chancellor Angela Merkel and her rival Martin Schulz squared off in a televised debate Sunday evening focusing on migrants, North Korea and Turkey with Schulz saying he will cancel the European Union migrant deal with the country if elected later this month.

The debate, which was seen as a test for current German Chancellor Angela Merkel, largely centred around the migrant crisis with Martin Schulz slamming Merkel for not consulting other European nations enough during the crisis.

“The inclusion of our European neighbours would have been better,” Schulz said. Merkel quickly replied saying, “We had a very dramatic situation then … There are times in the life of a chancellor when she has to decide.” 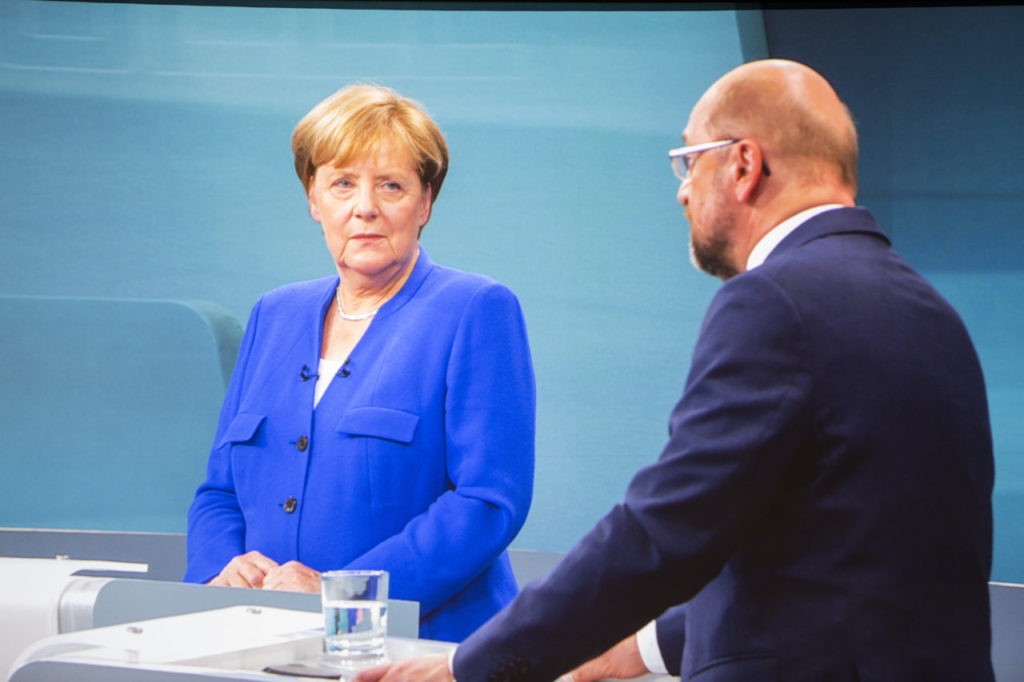 Schulz also blamed Merkel for the dramatic rise in popularity of the anti-mass migration Alternative for Germany (AfD) who are polling in third place in many current polls and have made huge gains in recent regional elections.

For Schulz, the debate was his opportunity to close the gap between the German Chancellor and himself as the challenger.

While post-debate polling revealed that Merkel was thought to have performed better, he did appear to close the gap between them.

According to broadcaster ZDF’s Politbarometer poll, 60 percent of respondents said they would rather have Merkel as chancellor before the debate, compared to 33 percent for Schulz. But after the debate, 53 percent supported Merkel and 39 percent backed Schulz.

The outlet also noted that while the event was billed as a “debate”, some observers had taken to referring to it as a “duet” — a nod to how the pair were scarcely divergent on a plethora of issues.

Schulz, however, was believed to be more aggressive. The former president of the European Parliament attempted to draw Merkel on U.S. President Donald Trump, likening him to Vladimir Putin and Turkish president Recip Erdogan in his closing remarks.

When asked if Islam has a place in Germany Merkel said that it does only if it obeys the laws of the German constitution. Many Germans have become increasingly sceptical of Islam in Germany with a poll in May of last year showing a majority believing Islam was not a part of Germany.

Both candidates were asked about their view on the European Union and Germany’s relationship with Turkey. Mr Schulz said that he would tear up the EU-Turkey migrant deal that many have credited with largely stopping the free flow of migrants into Greece. He also said that he would block any attempts of Turkey trying to join the European Union as well.

“This country cannot become a member of the European Union,” Schulz said.

Merkel agreed with Schulz saying, “It is clear that Turkey should not become a member of the EU,” and promised to help talks with other EU leaders to stop Turkish progress toward membership.

While Brexit was not mentioned once, the pair did spend time discussing Germany’s role in the European Union.

Schulz was forthright in his belief in a “European Germany”, also stating over the course of the debate that Germany would have to look to other political partners due to his fear of President Trump’s tweets. 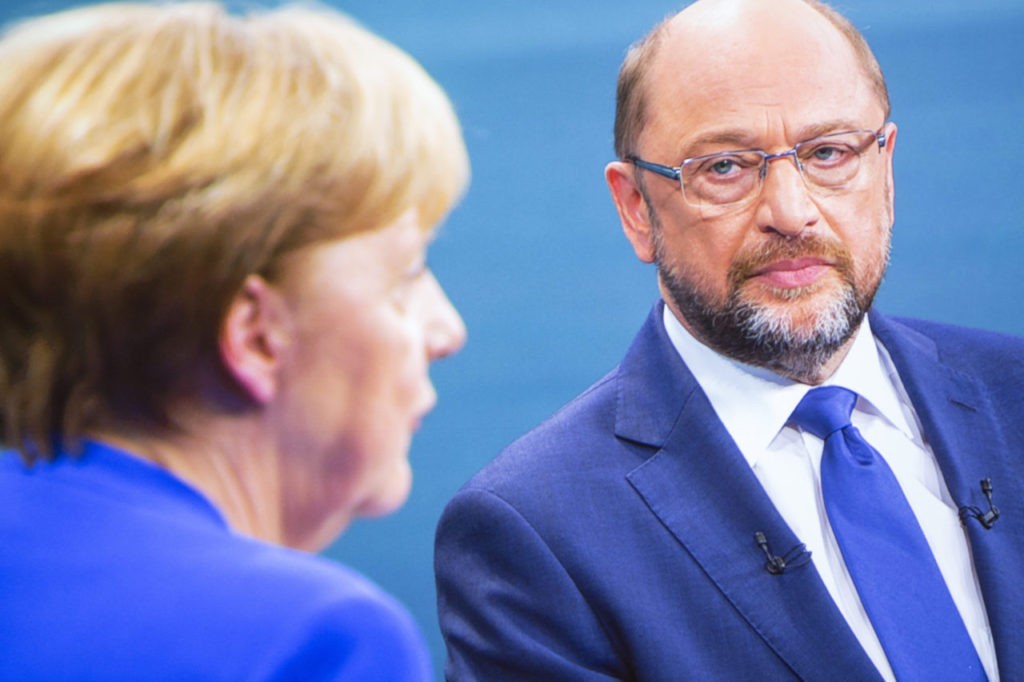 The current North Korean crisis was also touched upon with Mr Schulz slamming U.S. President Donald Trump claiming that the President was, “bringing the world to the brink of crisis with his tweets.” He argued that Germany should work with other European states, Canada, Mexico as well as Democrats in the United States.

Merkel dismissed Schulz’s proposal saying, “I don’t think that one can solve this conflict without the American President,” and added, “But I think one must say in the clearest terms that for us, there can only be a peaceful diplomatic solution.”

The German Chancellor then listed a number of world leaders she was in the process of talking to regarding the crisis including French President Emmanuel Macron.

Merkel and her party the Christian Democratic Union (CDU) currently dominate polls against Schulz’s Social Democrats (SPD). A poll conducted by German broadcaster ARD after the debate showed that 49 percent of those polled saw Merkel as more credible compared to only 29 percent for Schulz.

Several other polls also showed a win for the incumbent Chancellor with some showing her beating Schulz by as many as 20 percentage points.

Raheem Kassam contributed to this report