The German church has stepped up criticism of government and EU migration policies, with senior figures stating that Europe “has room for more refugees”.

“Charity knows no boundaries,” said the president of the Rhineland’s Evangelical Church, Manfred Rekowski, demanding a system which would distribute migrants throughout Europe, along with a much more liberal approach to family reunification.

“A policy of isolation and exclusion is not a solution, not viewed from a humanitarian perspective, nor one of human rights, and not from a political perspective either,” he told the Cologne City Gazette on Saturday.

Last week, the outgoing Bishop of Hildesheim Norbert Trelle called for “much more solidarity” with regards to mass migration, which he said is inevitable due to “a multitude of crises in the Middle East and Africa”.

“We should not forget that Jordan and Lebanon have received well over a million refugees, even though the economic situation in those countries does not even begin to compare to Europe’s,” he told Catholic News Agency.

Interviewed whilst on a visit to Sicily last week, German Bishops’ Conference refugee commissioner and Hamburg Archbishop Stefan Hess, slammed Europe’s attempts to wrest control over its borders, describing the declining number of African migrants arriving in Italy as a “cause for concern”.

Pointing to “countless reports of serious human rights violations, particularly with regards to the treatment of refugees” in Libya, the archbishop condemned European cooperation with authorities in the north African nation. 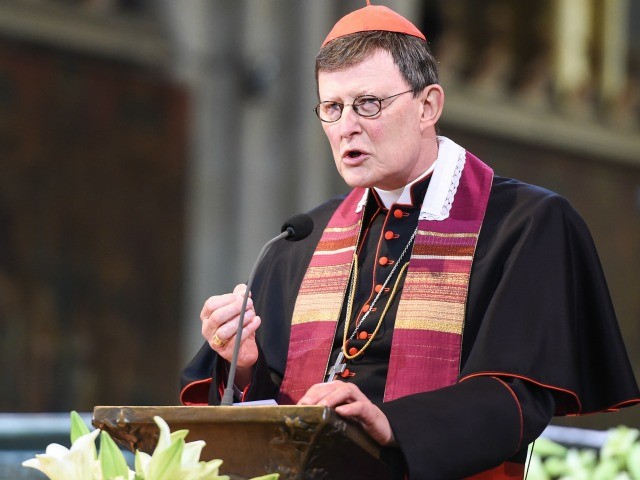 A vocal critic of any German and European attempts to limit mass migration, the church figure previously described the migrant deal between Brussels and Turkey as a “disgrace to Europe”, and conducted last year’s mass for the feast of Corpus Christi inside of a migrant boat last year.

Woelki’s views are not universally shared within the church, however. In Germany’s neighbour Austria, Archbishop of Vienna Christoph Schönborn has warned that many of the Muslims who reach Europe actively wish to conquer the continent.

“God have mercy on Europe and on thy people, who are in danger of forfeiting our Christian heritage,” the cardinal prayed at a mass in the Austrian capital’s iconic St. Stephan’s cathedral last year.