Thousands of people from across Poland have descended on the European Commission offices in Warsaw to protest the European Union’s (EU) growing interference with Polish laws.

The demonstration, organised by the Solidarity trade union, was held against the EU’s opposition to lowering the retirement age, and many attendees held signs depicting and denouncing the unelected Commission president Jean-Claude Juncker.

People on the march this Saturday held banners reading “Keep your hands off Poland” and “Poland respects women”.

The Solidarity union, which battled Communist authorities in the 1980s, called the anti-EU event as tensions between Poland and the bloc mount over issues of sovereignty and migrant quotas.

Now, Poland’s right wing government wishes to bring in a new law lowering the retirement age for workers, but the EU has attempted to block the move, prompting claims Poland’s sovereignty is once again being encroached upon. 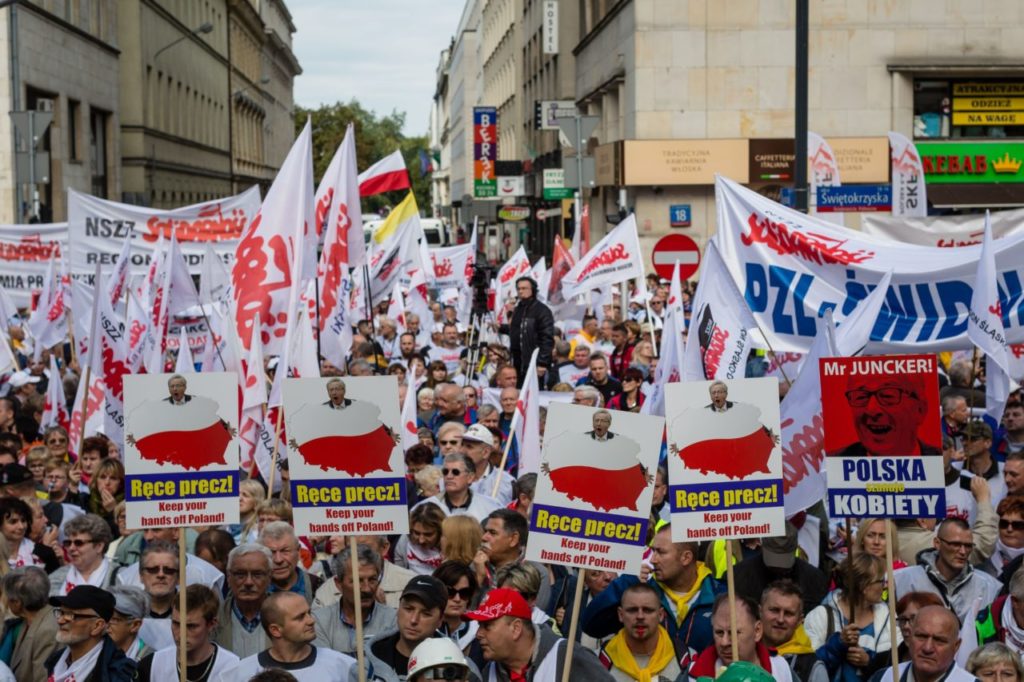 Members of the Solidarity trade union protest in front of the European Commission office in Warsaw on September 16, 2017. (WOJTEK RADWANSKI/AFP/Getty)

Piotr Duda, chairman of Solidarity, told weekly political newspaper Tysol: “We cannot allow the legitimate occupation of our country because for the last 27 years we have been a colony for the ‘Old Fifteen’ of the European Union [in reference to the group of EU member states before enlargement in 2004].

“We respect Polish women, as opposed to you, and it is no discrimination only privilege.”

He added: “We are here in Warsaw but if we have to we will go to Brussels because the Solidarity trade union is first and foremost an effective union that starts the issues and ends them.” 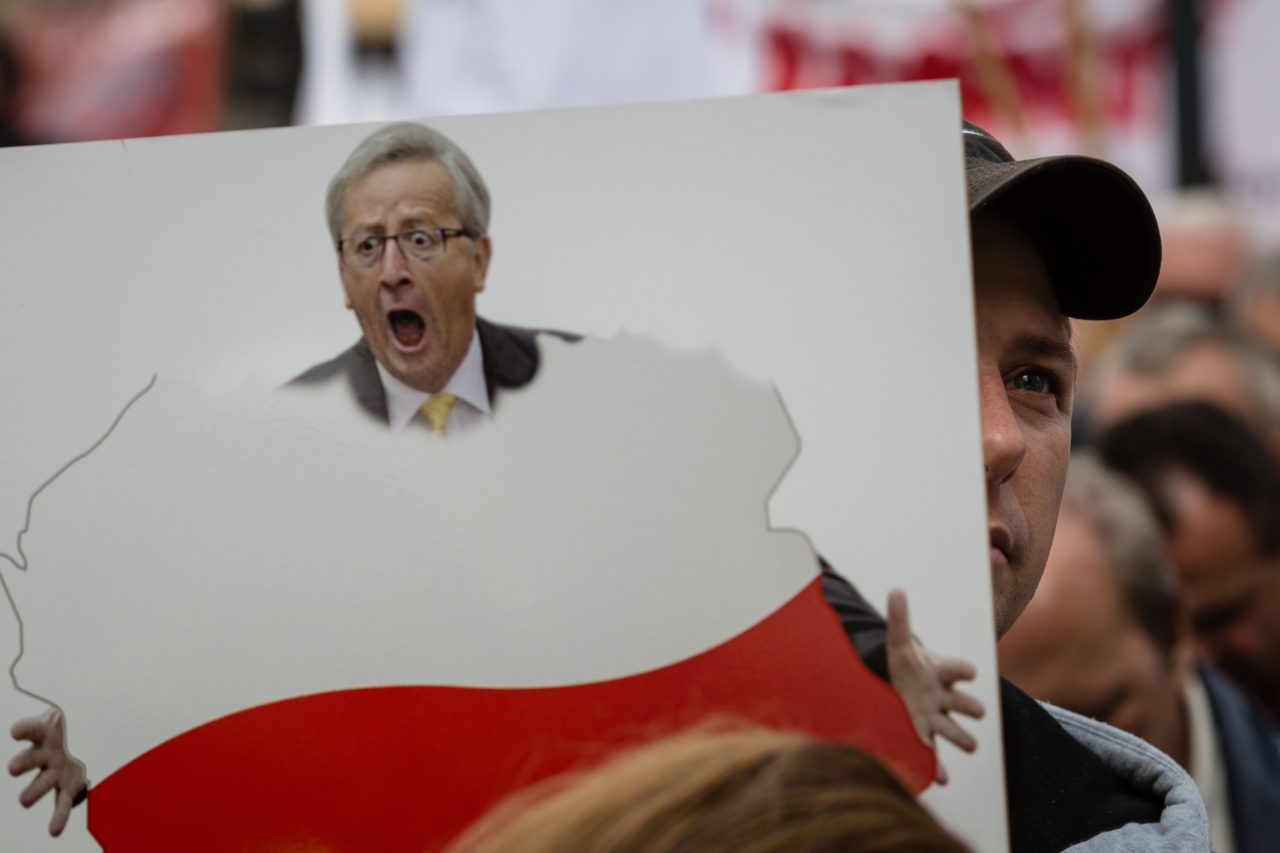 In July, the Commission’s Frans Timmermans warned they were “getting very close” to taking the unprecedented step of stripping Warsaw of its voting rights at EU summits due to judicial reforms in Poland.

The bloc has also been threatened to hit Poland with huge fines unless it accepts thousands of migrants and refugees from the Middle East, giving Warsaw one month to back down at the end of last month.

The migrant relocation scheme was forced through the European Parliament in September 2015, regardless as to whether all nations and their populations agreed. 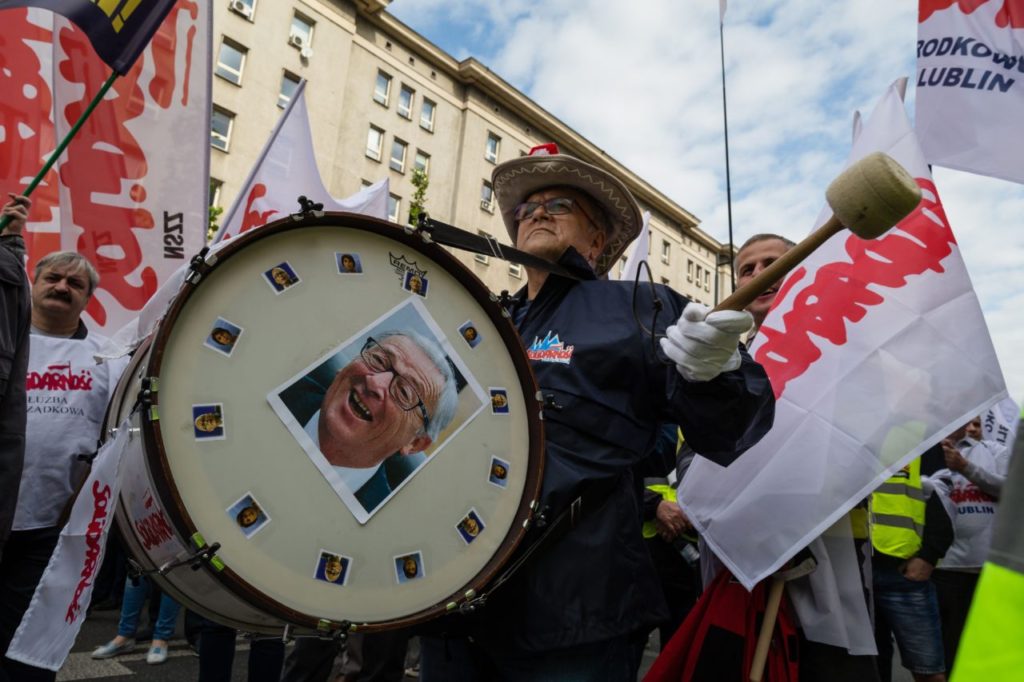 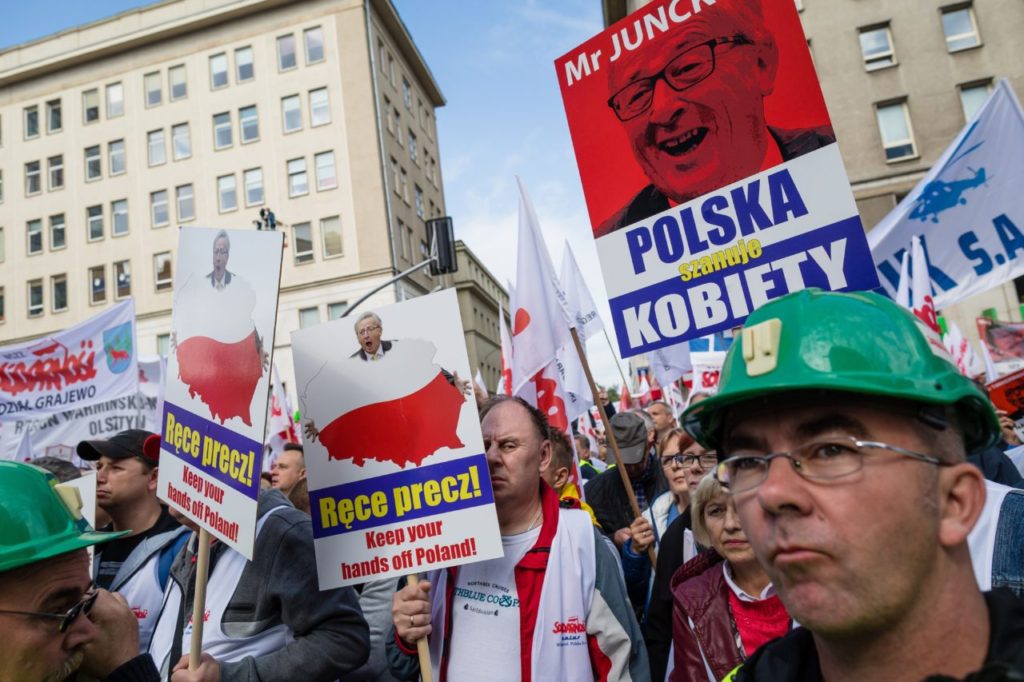 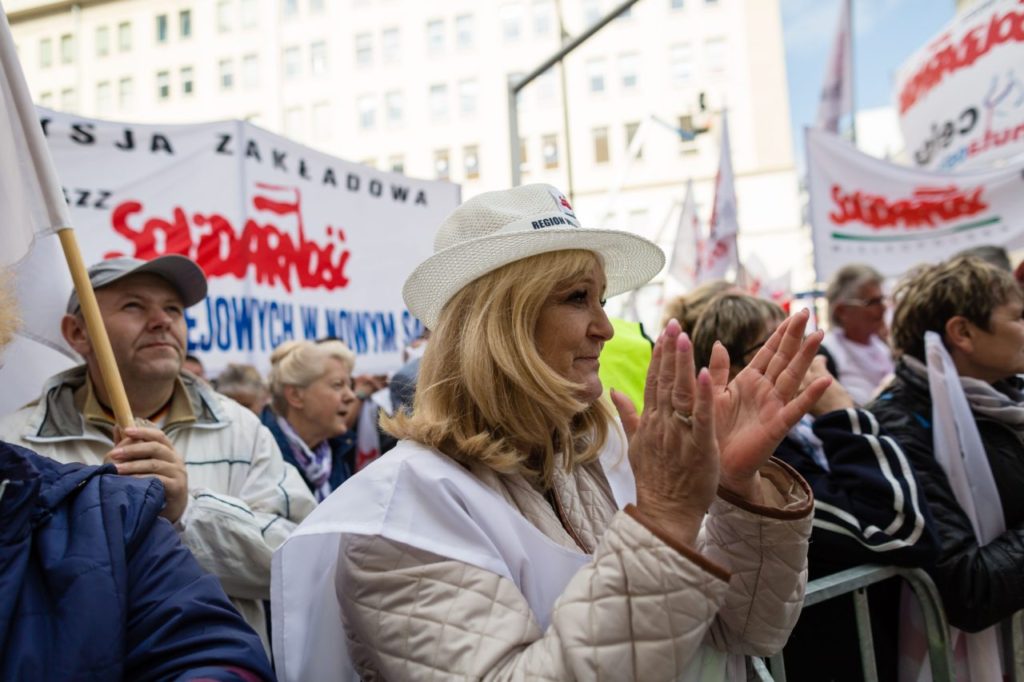