Danish Prime Minister Lars Løkke Rasmussen has warned that his country may be seeing a rise of Muslim “parallel societies” and no-go zones and has promised to take steps against them.

The Danish prime minister said that the problem has become so prevalent in Denmark that he is considering state intervention in some areas. The move is unusual for Denmark which rarely ever sees the government interfere in the operation of schools or set specific rules for housing estates, Jyllands-Posten reports.

The move is doubly unusual for Europe, where the normal approach of establishment politicians is to deny the existence of no-go zones altogether. The comments by Løkke Rasmussen seem to suggest a radical break from his fellow Western European leaders in that regard.

“It’s a matter of being realistic about the situation,” Rasmussen said, “and there are areas where there is already a different set of rules. Where the gangs are in control and the police can not work. I can not sit and passively let it happen.”

“We have tried everything possible, but we just could not solve the problem,” Rasmussen said and called on the Danish parliament to “engage us in a different and more robust way”. 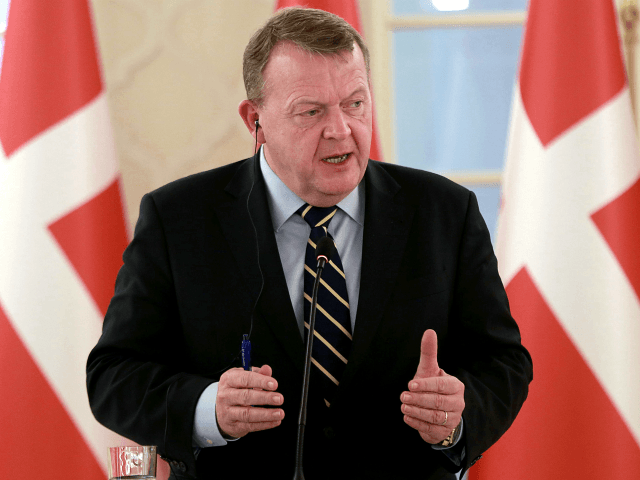 Rasmussen has called on three ministers in his cabinet to brainstorm ideas on how to better integrate Muslim pupils in schools or solve complex issues in housing estates to prevent the emergence of parallel societies. The ministers would then be given special authority to interfere in local areas once only under municipal authority.

The municipal governments admit that there is a need for some intervention but some are cautious about the idea. Aalborg mayor Thomas Kastrup-Larsen has reservations on the proposal saying: “A ministerial hero who drives in and believes he can do it all will not be successful. It can hurt local involvement and aggravate the problems.”

Martin Henriksen of the anti-mass migration Danish People’s Party (DF), who serves on the Immigration and Integration Policy committee, was in favour of the new move saying: “It would be nice if they solved the problems of parallel communities locally, but they can not figure it out.”

The DF is well-known in Denmark for the party’s anti-mass migration stance and last year one of its prominent members advocated for toppling the coalition government if it did not pass a ban on all Muslim migration.

The DF, along with the Conservative Party,  has also been deeply concerned with the threat from the growing number of radical Islamists in neighbouring Sweden. Earlier this year, both parties considered backing legislation to greatly increase security on the Swedish border.

Martin Henriksen responded to hesitation from the Danish liberal coalition on the matter at the time saying: “We must have border controls at all Danish borders – including against Sweden.”

“And it only gets more relevant that there has recently been a terrorist attack in Stockholm, there is a large unrest in Sweden, and the Sapo [Swedish security service] has warned there are many hardcore Islamists,” he said.

Breitbart London has reported on Denmark’s struggles to integrate the many migrants who have arrived in the country in recent years over the course of the migrant crisis. In 2016, unemployment figures showed of all families who are totally dependent on state handouts, some 84 per cent are “non-Western origin” migrants.

In total, a third of all cash paid out in benefits every month goes to these non-Western migrants in Denmark — a surprisingly high figure as among Denmark’s working-age population non-Western migrants make up just eight per cent of residents. Employment is often considered to be an important step on the path to integration for migrant communities.

Some of the largely autonomous towns in Denmark have taken stricter steps towards helping youth on the path to integration. Breitbart London reported when a Danish town made pork meat mandatory for local school lunches, and national integration minister even went as far as taking out adverts in foreign newspapers telling potential migrants to Denmark what to expect upon arrival in the country.