The Islamist-sympathising campaign group CAGE has called for the “abolition” of all terror laws after their director was found guilty of terror charges for refusing police access his phone and laptop.

Police said they had reasons to search him, but the Muslim activist blamed racial profiling.

Muhammad Rabbani (pictured, centre), 36, was found to have willfully obstructed a police search under Schedule 7 of the Terrorism Act 2000. The incident happened when he was detained at Heathrow Airport last year.

Officers asked for passwords to access his phone and computer, but Mr. Rabbani said it would be like giving the keys to his home away, Sky News reports.

The police insisted Mr. Rabbani was not stopped randomly and they had reasons to search him, which they did not reveal in court.

Their leading members have been described as Islamists and Salafi fundamentalists, and their ‘outreach director’ is former Guantanamo Bay detainee Moazzam Begg.

It's precisely for this reason that CAGE will continue to call for the abolition of all counterterrorism legislation. #PassWithPrivacy

Mr. Rabbani said he would launch an appeal against the verdict and argued Schedule 7 laws are too wide-ranging and intrusive.

He said the police had attempted a “digital strip search” and claimed the officers that stopped him had used racial profiling.

He said: “I was prepared from the outset to pay the ultimate price, even if that meant imprisonment.”

Ibrahim Mohamoud, a spokesman for CAGE, used the case to push for changes in the law, saying it highlights “the need for an urgent debate on the powers granted to state officials that threaten the privacy of us all”.

In the past, CAGE has implied the West is to blame for terror attacks and called for terror laws to be ‘resisted‘ or scrapped as the allegedly unfairly target Muslims. 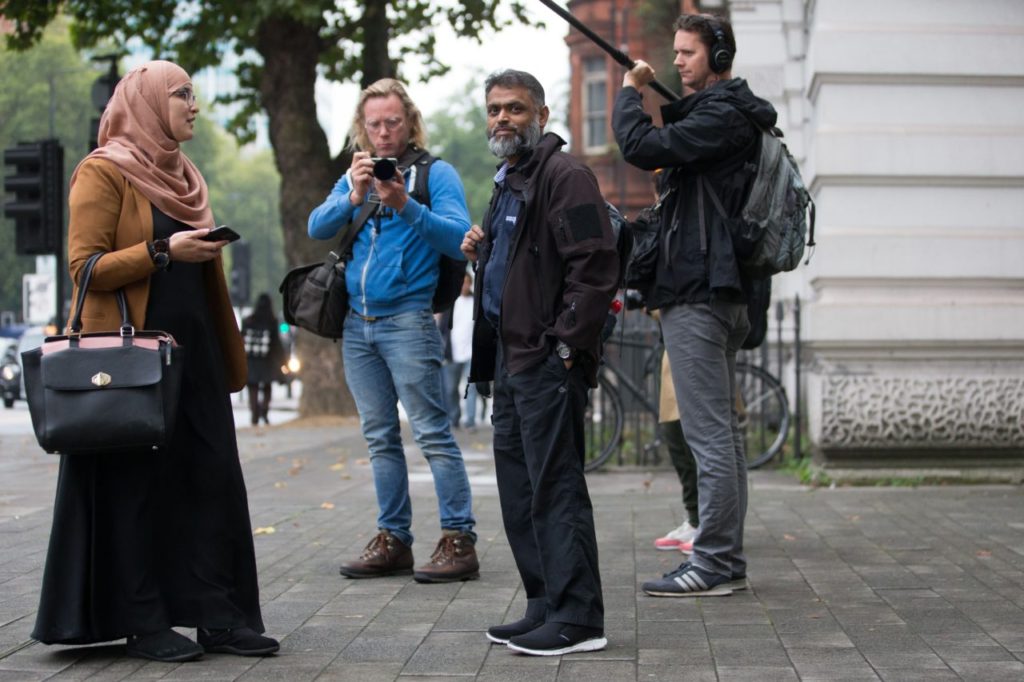