The leader of Austria’s Freedom Party (FPÖ) has vowed to negotiate for a government programme of “high quality” and in the interests of the Austrian people as negotiations between his party and the leading Austrian People’s Party (ÖVP).

Sebastian Kurz, ÖVP leader, had been the minister of foreign affairs under the previous left-wing Social-Democrat led coalition, which his conservative ÖVP propped up. With the Social Democrat vote share collapsing at the election earlier this month, the ÖVP has been propelled into first place and left looking for a suitable coalition partner.

The mainstream conservative party, which has shifted considerably right-wards on immigration and social issues under pressure from the FPÖ, announced they would speak to the populist party on Tuesday, with talks starting Thursday morning.

The FPÖ and the ÖVP share many policy platforms including being largely in opposition to Islamisation. Earlier this year, Mr. Kurz passed a ban on the full-face Islamic veil and Mr. Strache has vowed to ban Islamism from Austria entirely. 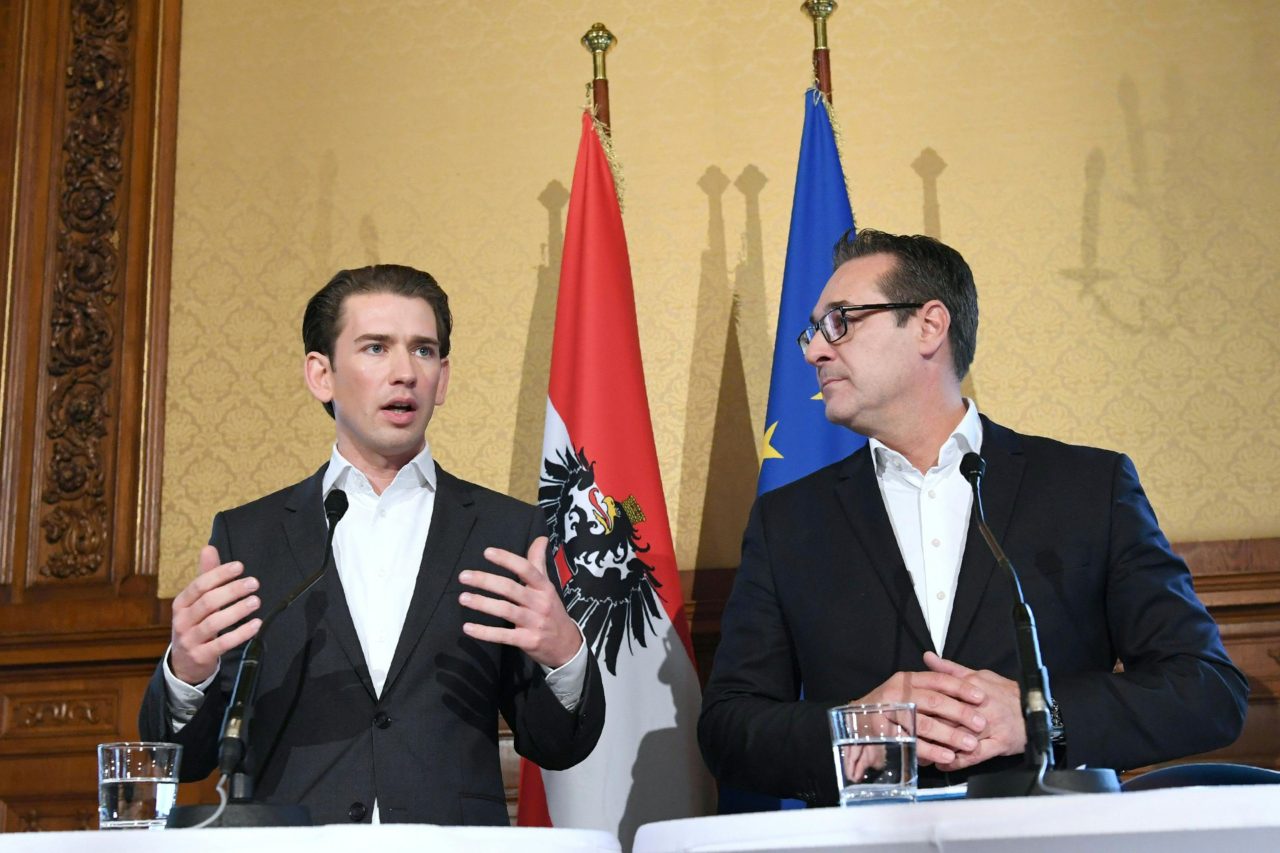 Austrian incoming chancellor Sebastian Kurz (L) and Chairman of the Freedom Party (FPOe), Heinz-Christian Strache give a joint press conference on October 25, 2017 in Vienna following a round of talks on forming a coalition government. (Photo by HELMUT FOHRINGER/AFP/Getty Images)

If the talks are successful and the two parties are able to form a government together, it would be the first time since 2005 for the populist-right FPÖ to find a place in government.

Speaking to Austrian newspaper Krone Thursday morning just hours before the talks were due to begin, FPÖ leader Heinz-Christian Strache placed an absolute emphasis that “a government programme of high quality” should emerge from the talks. On his motivations, the populist leader said he wanted a better future for his grandchildren so they could “live safely”.

As for what he hoped to achieve for this programme from the talks, Strache told the newspaper that achieving security for the nation and dealing with the fallout from the European migrant crisis and the Europe Union’s attempted mandatory resettling of migrants was his key priorities. 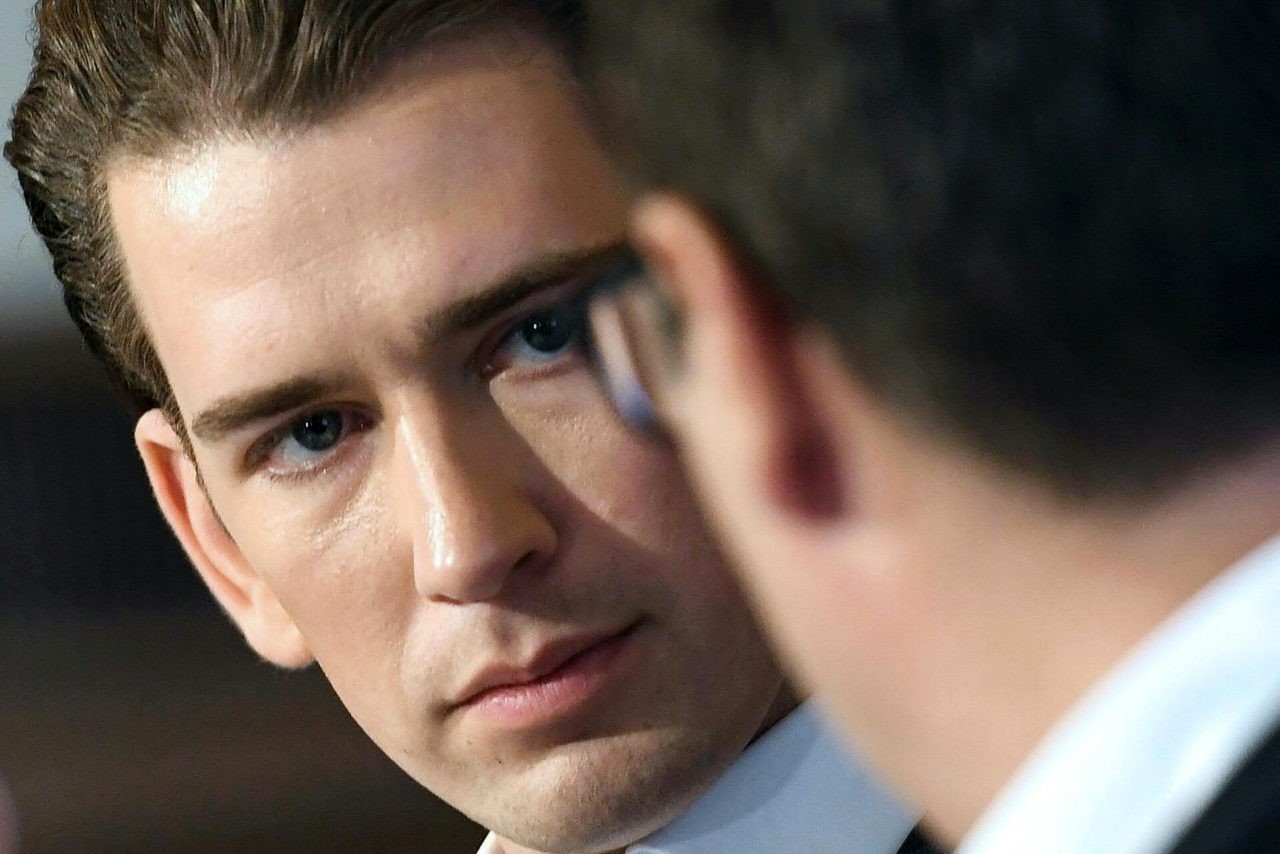 Austrian incoming chancellor Sebastian Kurz (L) looks at Chairman of the Freedom Party (FPOe), Heinz-Christian Strache during a joint press conference on October 25, 2017 in Vienna following a round of talks on forming a coalition government. (Photo by HELMUT FOHRINGER/AFP/Getty Images)

Saying he hoped the FPÖ would be able to take control of the interior ministry, with the ÖVP’s Kurz as chancellor, Strache said he was particularly concerned about the “radical Islamist parallel [society]” in Austria, as well as “Saudi Arabian and Qatar” funded “radical, Islamist” clubs and groups in the country.

Acknowledging that despite the fact his party was initially believed to have come second place in the vote according to early counts, but that it ultimately placed third after being overtaken by a fraction of a per cent by the left-wing Social Democrats, Strache said he took heart in the fact that the hard left-Green party had been totally kicked out of the parliament. He placed the reason for this is tactical voting, which had seen left voters switch from Green to ‘red’ (the Social Democrats) in a failed bid to keep the right out of power.

Breitbart London reported Tuesday on the coming talks when Strache said he wanted “honest, intense, serious and qualitatively correct and important negotiations”, and was not interested in mere “flatteries”.

Kurz, who has been assumed to be the incoming Austrian leader, has promised to form a new government before Christmas.