Thirty-one “youths” were arrested in Brussels on Wednesday at the Place de la Monnaie after the second riot in less than a week broke out in the Belgian capital.

The Place de la Monnaie was shut down for over an hour by police who managed to gain control of the area by 6 pm after arresting 31 individuals who attacked police after an influential social media personality initiated the gathering, 7sur7 reports.

French YouTube and Instagram personality “Vargasss92” called for his social media followers to gather at the central square on Tuesday night through the Snapchat app to meet him and shoot a rap video.

Anticipating police may try and break up the meeting the Youtuber wrote: “When I’m there, I ask you not to run because the police will take me at the first second and I do not want that. I want to stay with you as long as possible.” 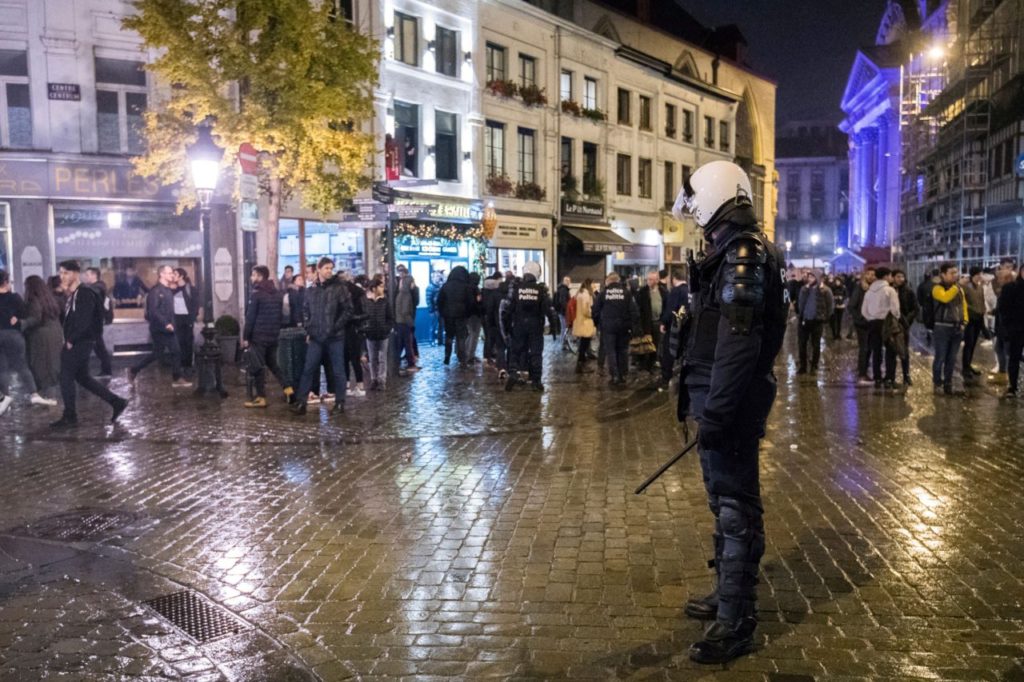 Rioters clashed with police in Brussels on November 15 after a rapper tried to illegally shoot a video, officials said, days after football fans went on the rampage in the Belgian capital. (Photo: LAURIE DIEFFEMBACQ/AFP/Getty Images)

Around 100 people showed up at 4:30 pm and when police began to approach the crowd, they were attacked by the youths.

At least one vehicle was damaged by the rioters and the windows of the Muntpunt Library were broken. Several vandals also did damage to the site of an ice skating rink currently under construction.

Belgian Interior Minister Jan Jambon commented on the incident on Twitter saying the violence was, “unacceptable and incomprehensible”.

The riot is the second in less than a week to occur in the centre of the city. Over the weekend 1,500 Moroccan migrants and others with a Moroccan background overturned and burnt cars, broke shop windows, and injured 22 police officers.

The rioters were said to have been celebrating the football world cup qualification of Morocco which beat Ivory Coast 2-0.

Despite the damages and injuries to police officers, no arrests were made. Interior Minister Jambon slammed the rioters: “The fundamental problem is that such events are used as an excuse for reckless behaviour and doing unacceptable things.”

“We have camera images – whoever did this will pay for this, there is no way around it,” he added.

Brussels is well-known for its large immigrant population, and more infamously known for its radical Islamist scene.

The suburb of Molenbeek has become notorious for producing several Islamist terrorists over recent years and for residents who hid one of the Paris Bataclan massacre attackers for months.