UKIP has promised to push for billions of extra funding to revive Britain’s dwindling military and to fight against the armed forces being sucked into the European Union’s new united defence force.

The party’s new leader, Henry Bolton, a former army officer, also called for returning jihadists to be tried for treason and for closer military ties with the U.S. and NATO after Brexit.

“UKIP is the only party fully committed to the independent security of our country and to the welfare of our uniformed personnel,” the party claimed as they launch a new ‘Save Our Services’ campaign on Thursday.

Mr. Bolton blasted the EU’s new PESCO agreement – paving the way for an EU army – as a step towards a European “federal state” and said “any involvement” posed a “significant risk” of compromising the integrity of UK defence and “subordinating [it] to the EU”.

He said PESCO, signed Monday, threatened NATO and would mean defence contracts might have to be tendered across the bloc. British ships could be “built in Poland with Chinese steel”.

Despite the UK not signing up to PESCO, Mr. Bolton pointed to comments from Theresa May and ministers indicating the UK could still get involved, adding: “The risks of our armed forces being deployed under EU political control… are as real as they were Monday.”

Mr. Bolton also slammed the fact some extremists are housed before veterans. “You know what the reason given for that is?” he added. “Jihadists returning from fighting with groups like Islamic State cannot be prosecuted because there is not enough evidence against them.

“Well, you know what? Change the law,” he said, insisting the Treason Act is taken out of the Public Order Act so all returning jihadists can be prosecuted. “They are traitors!” he blasted. 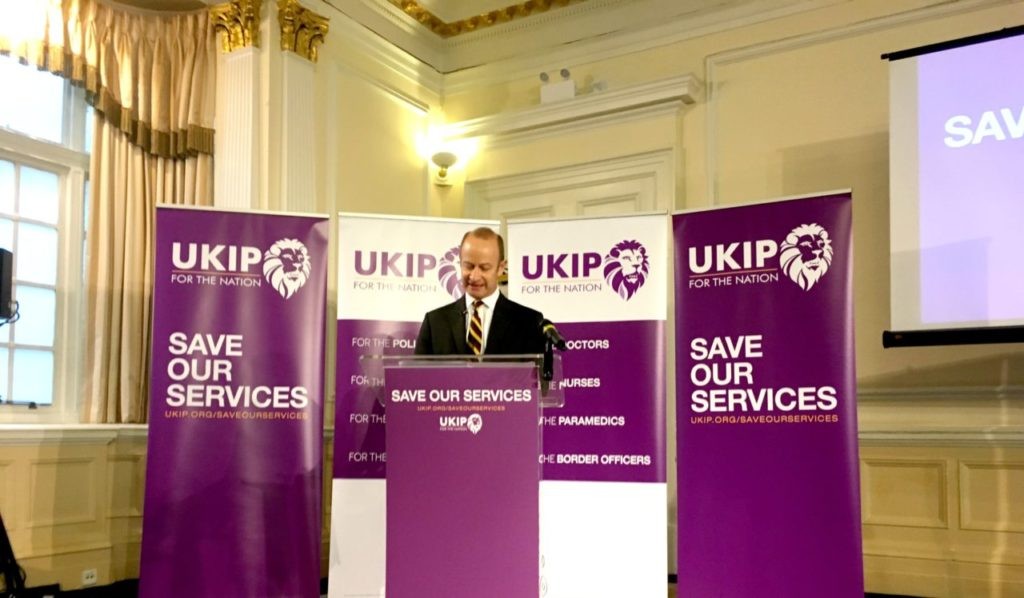 He also said there was evidence that military cuts were having a “direct impact” on the welfare of servicemen and veterans, and said the army was now dangerously underfunded.

He slammed the Tories for slashing military spending to 2.4 per cent of GDP for the first time and highlighted the recent comments of Lt Gen Ben Hodges, commander of the U.S. Army in Europe, who said the UK would be unable to keep up its international commitments after any further cuts.

Britain’s army has already been cut to around 78,000 standing troops, Mr. Bolton said, meaning it is smaller than that of Poland and Angola and could be seated inside the Wembley football stadium.

“The UK, in military terms, is significantly weaker in strength and capabilities compared to other states than it was 10 or 15 years ago.”

He said there had been more than 10,000 job losses in the Royal Air Force and Navy, which is planning to sell a number of ships, leaving the UK without the ability to conduct amphibious landings. There are also plans to cut a sixth of the Royal Marines, he said.

“In the context of Brexit, these reductions must be of the gravest concern,” he said, claiming UKIP would reverse cuts and give the forces an additional five billion.

I will be launching our new campaign #SaveOurServices live on Facebook at 10:30. Tune in if you can. #ForTheNation pic.twitter.com/0vnkEwPWfv