A book promoting transsexuality to toddlers and preschoolers, about a transgender man and his horse who claims to be a dog, has been published in Sweden.

The stars of Hästen & Husse are a man and a horse that lives with him. The man is depicted as a transgender who wears women’s clothing and lipstick when he returns home from work, while the horse is “trans-species” and believes that he is a dog.

Author and university lecturer Susanne Pelger says that she hopes the book will allow toddlers and preschoolers to “be who they want”, SVT reports.

Pelger, who has a PhD in genetics and biology, says she was inspired to write the 32-page picture book after meeting several students at Lund University who had gone through gender transition. 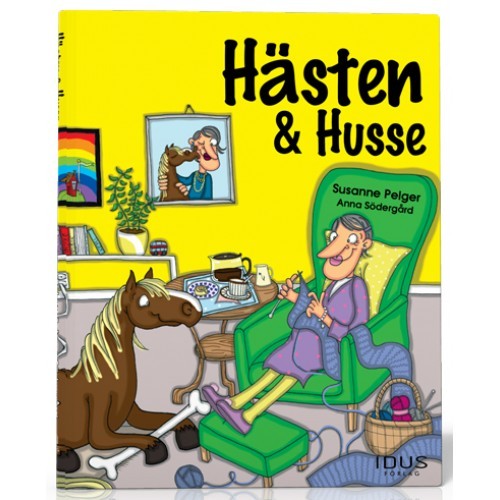 She also said that she felt the subject of gender transition was a more taboo subject for children while same-sex couples had become more mainstream.

When asked if the book was just about a man who dresses as a woman and wears lipstick, Pelger said: “It’s not that simple. Just because you have XX or XY chromosomes, the gender is not determined, there are other variants. Hormones play a role as well as the environment, and the personality. It is very complex.”

According to Pelger, several groups of preschool children have already been introduced to the book. When asked if men can wear dresses and wear lipstick, the children answer “Yes!” Pelger claims. “You are as you are. That’s when you’re the best,” she said.

Earlier this year, Breitbart London reported there has been a huge spike in the number of children wanting to be transgender in Sweden. According to child psychiatrist Louise Frisén, the number has been rising by 100 per cent each year.

In Canada, child transgender issues are not only encouraged but a recently passed law in Ontario could allow for the government to take away children whose parents do not allow them to transition claiming that such an action could be child abuse.

In San Francisco, U.S.A., this summer, a camp which centres around transgender children announced they would accept children as young as four years old into the programme.

Despite the push for transgender issues directed toward children across multiple countries, some doctors have come out against it. Last month, several doctors at a Heritage Foundation event claimed that transgender ideology abuses children.