The letter was signed by former German Finance Minister Hans Eichel, and ex-European Commissioners Pascal Lamy, Franz Fischler, and Yannis Paleokrassas. They wrote that the political bloc should cut off funding to Hungary unless “basic democratic freedoms are reinstated and corruption counteracted”, Euronews reports.

“We strongly believe that this is also a pre-condition for continuing EU funding to less developed regions – which is indispensable for the future of the European Union – in the period following 2020 in light of growing resentment all over Europe about the inefficient and improper use of EU funds,” the letter said.

Eichel and Lamy have links to Hungarian-born left-wing billionaire George Soros through the European Council on Foreign Relations (ECFR) of which both are listed as members. The ECFR was created by Soros and his Open Society Foundations which continue to give the ECFR millions of dollars per year. 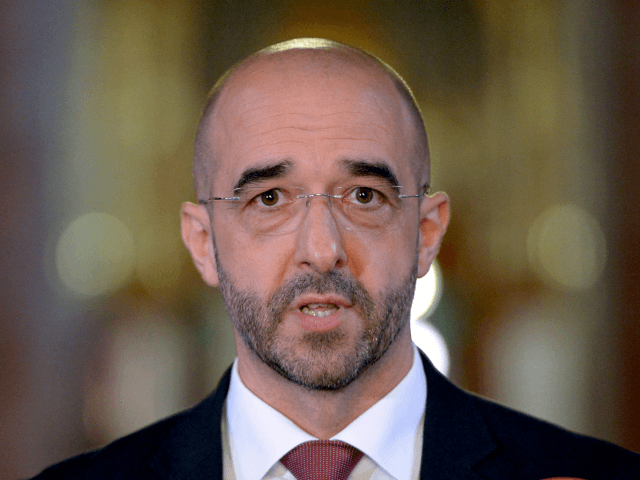 Breitbart London spoke to Hungarian Secretary of State for Public Diplomacy and Relations Zoltán Kovács who said: “This is not the first time COM or other EU institutions, and/or persons related to former EU institutions try to politically blackmail us by threatening with cutting funds or introducing fines for allegedly not falling in line with ‘European values’.”

“It is a traditional method of the European left-liberal political circles — and we all know that it is about Hungary’s political stance on migration and related European issues,” Kovács added.

As for the cutting off of EU funds to Hungary, Kovács noted: “Cohesion funds are not a gift, but part of a carefully crafted distribution of EU taxpayers money to close the gap between countries of different economic stances.”

He called the letter, “another example of the workings of the Soros network that is going for a clear political agenda, a United States of Europe, against the existing treaties and the Hungarian stance, stronger EU through stronger member states”.

The threats are not the first time voices in the EU have called for action against Hungary. Earlier this year, Juncker called for sanctions after slamming the country, as well as Poland and the Czech Republic, for refusing to take in redistributed migrants from other EU countries.

Orbán to EU: ‘Hungarian Model Is Working and We Won’t Change It’ https://t.co/nWFyjnNhWD

Despite the threats, Hungarian Prime Minister Viktor Orbán has refused to change course recently telling the EU, “we don’t want to resolve demographic or labour problems from the outside, through immigration.”

Orban has also campaigned heavily against George Soros, accusing the billionaire and his allies of having a plan to flood Europe with millions of migrants.