In a dramatic declaration punctuated by dire threats and warnings, the Vatican is urging the world to “decarbonize the energy system as early as possible and no later than mid-century” to avoid irreversible damage to humans and ecosystems.

In its newly released “Final Declaration: Our Planet, Our Health, Our Responsibility” from a November workshop on climate change, air pollution and health, the Pontifical Academy of Sciences warns that “there is less than a decade” to put in place a series of sweeping measures to counteract the effects of human-induced climate change. “The time to act is now,” it reads.

Surprisingly for a statement coming from an academy of “science,” the document is riddled with unscientific assertions in a bizarre mix of political ideology and apocalyptic hyperbole.

“With unchecked climate change and air pollution, the very fabric of life on Earth, including that of humans, is at grave risk,” the text begins. “We propose scalable solutions to avoid such catastrophic changes. There is less than a decade to put these solutions in place to preserve our quality of life for generations to come.”

In what can only be termed an attempt to generate mass hysteria, the statement envisions a dark scenario not unlike those depicted by past doomsday fads such as the supposed population explosion and catastrophic oil shortages of the 1970s.

Of course, no declaration of this kind would be complete without an indictment of capitalism and an assertion of the profound guilt of the wealthier nations for causing such a deplorable state of affairs.

“The poorest of the planet, who are still relying on 19th century technologies to meet basic needs such as cooking and heating, are bearing a heavy brunt of the damages caused by the economic activities of the rich,” the document alleges. 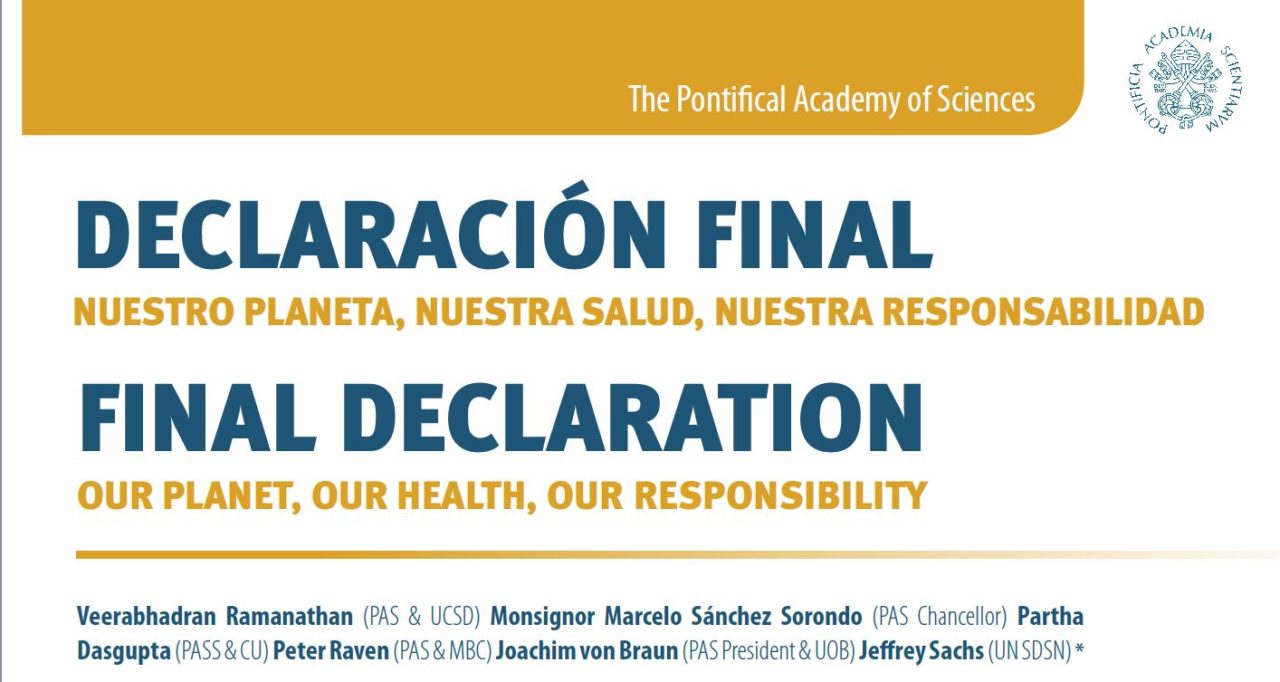 In an Orwellian exercise in doublespeak, the authors of the text, including well-known proponents of abortion and population control like the UN’s Jeffrey Sachs, make an attempt to conflate the bogeyman of extreme anthropogenic global warming with the very real problem of environmental pollution.

As Breitbart News reported in October, environmental pollution—particularly air pollution—is responsible for millions of deaths each year, while “climate change” is responsible for none. For all intents and purposes, the two phenomena are unrelated, since the scourge of air pollution relates to the presence of dangerous fine particulate matter in the air while global warming propaganda focuses on carbon dioxide emissions.

Human exposure to fine particulate matter increases the risk of acute lower respiratory infection, chronic obstructive pulmonary disease, heart disease, stroke and lung cancer, while exposure to carbon dioxide—a colorless, odorless, non-toxic gas—produces none of these effects and is in fact essential for life on earth.

“Climate change caused by fossil fuels and other human activities poses an existential threat to Homo sapiens and contributes to mass extinction of species,” the Vatican text states. “In addition, air pollution caused by the same activities is a major cause of premature death globally.”

While the second part of this statement is true, the first part is not.

First-world nations like the United States have learned to control pollution through ever cleaner and more efficient energy production using fossil fuels and alternative energy sources. As a result, the World Health Organization (WHO) has reported that the air in the U.S. is among the cleanest of any nation on the planet.

In the most recent WHO report on air pollution, the United States was listed as one of the countries with the cleanest air in the world, significantly cleaner in fact than the air in Germany, Italy, Switzerland, the UK, Japan, Austria and France.

Countries like China and the Central African Republic, on the other hand, have a level of air pollution seven times worse than that of the United States, while India’s is eight times as bad and Egypt’s is more than twelve times as bad.

Undaunted by these facts, the authors of the Vatican text propose “moving rapidly to a zero-carbon energy system – replacing coal, oil and gas with wind, solar, geothermal and other zero-carbon energy sources, drastically reducing emissions of all other climate altering pollutants and by adopting sustainable land use practices.”

By doing so, “humanity can prevent catastrophic climate change, while cutting the huge disease burden caused by air pollution and climate change,” they insist.

Yet in point of fact, most first-world nations have already achieved remarkably low levels of pollution without switching to inefficient alternative energy sources.

As researcher Mario Loyola pointed out in his groundbreaking 2016 essay titled “The Twilight of the Climate Change Movement,” little international attention is being paid to the real health risks faced by many nations, “for the simple reason that they don’t fit snugly into the environmentalists’ essentially anti-industrial agenda.”

“Man-made climate change, on the other hand, is the perfect vehicle for advancing that agenda,” he noted. “Dealing with it requires choking off fossil fuels, a top-down reorganization of economic activity, and income redistribution.”

In other words, there are ideological and political interests that make CO2 reduction extremely attractive, while real dangers are ignored.

If alarmists were really interested in protecting humans against climate change, he added, “they would be helping Bangladesh adapt to monsoon floods and thereby avoid thousands of deaths every few years, instead of insisting on green energy boondoggles that will never save a soul there or anywhere else.”

The real shame is that the Vatican is lending itself to advance such a base and ideologically driven agenda.