Mourners and a pro-diversity group rioted in the town of Kandel this week during a vigil dedicated to a 15-year-old girl who was stabbed to death by an Afghan asylum seeker.

Approximately 400 mourners met at the grocery shop where the 15-year-old was stabbed to death and engaged in a silent march through the town centre. Another 30 pro-diversity activists held a vigil at the scene of the murder and when the groups met violence erupted, Die Welt reports.

Police spokesman Thomas Sommerrock said the pro-diversity group wanted to show their support for a “colourful Germany” and held up multicoloured umbrellas during their vigil.

“It was a very emotional mood. The silent marchers found it out of place to demonstrate in the current situation for this purpose,” he added. 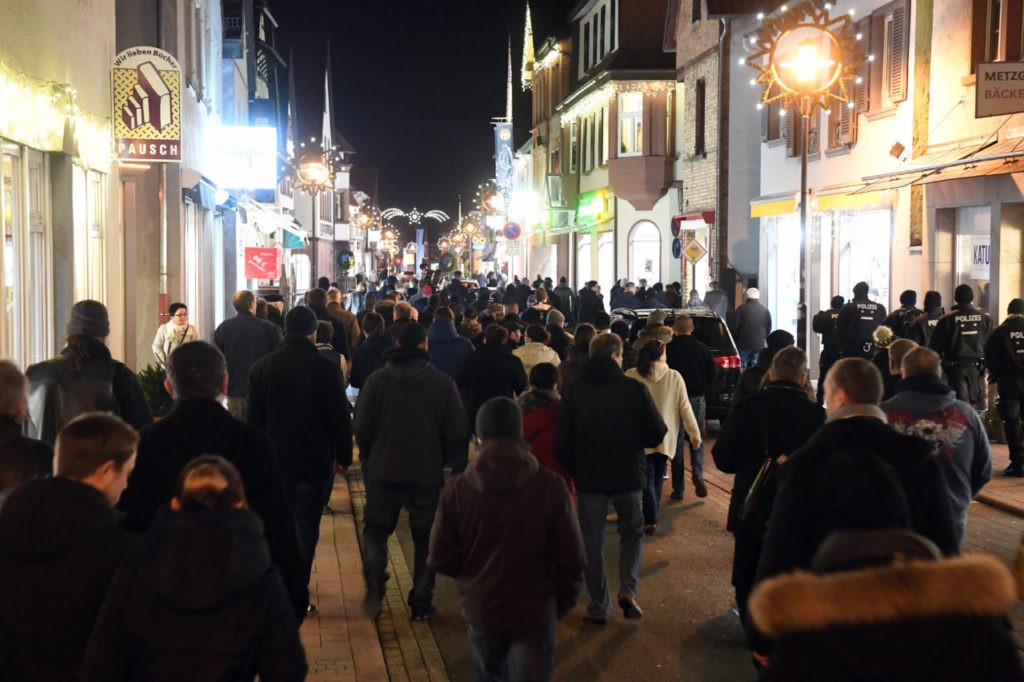 Friends, relatives and mourners take part in a march after a 15-year-old girl was stabbed to death by her Afghan ex-boyfriend, on January 2, 2018 in the western German town of Kandel. (Photo: ULI DECK/AFP/Getty Images)

Due to the fact that some of the organisers of the silent march were known to be members of right-wing groups, many initially thought the pro-diversity activists were actually alt-left Antifa extremists.

Spokesman Sommerrock dismissed the claims saying that both sides were made up of normal, everyday people.

The marchers initially tried to snatch the umbrellas from the diversity activists and proceeded to heckle them. Police said they immediately intervened in the situation before it got out of hand.

The murder of 15-year-old Mia shocked the country, despite some media outlets like public broadcaster ARD refusing to initially cover the story.

Some have claimed that the Afghan migrant who allegedly killed the 15-year-old is not underage as he claims to be. The father of the victim has been adamant that he is over the age of 18 saying: “He was never 15. We hope that through the criminal process now we will discover his true age.”

If he is found to be an adult, the case would mirror that of Maria Ladenburger who was allegedly raped and killed by an Afghan migrant who lied about being 17 when he is, according to his own father, actually 33-years-old.