The leader of Italy’s premier conservative party “The League” has launched a hard-hitting campaign for upcoming elections based on a platform of national sovereignty in the style of Donald Trump and Brexit.

In one of his campaign posters, Matteo Salvini takes on the European Union (EU) head-on, proclaiming “Slaves to Europe? No Thanks,” a notion that resonates among Salvini’s base of Italians who believe that their nation has yielded far too much of its sovereignty to Brussels bureaucrats. 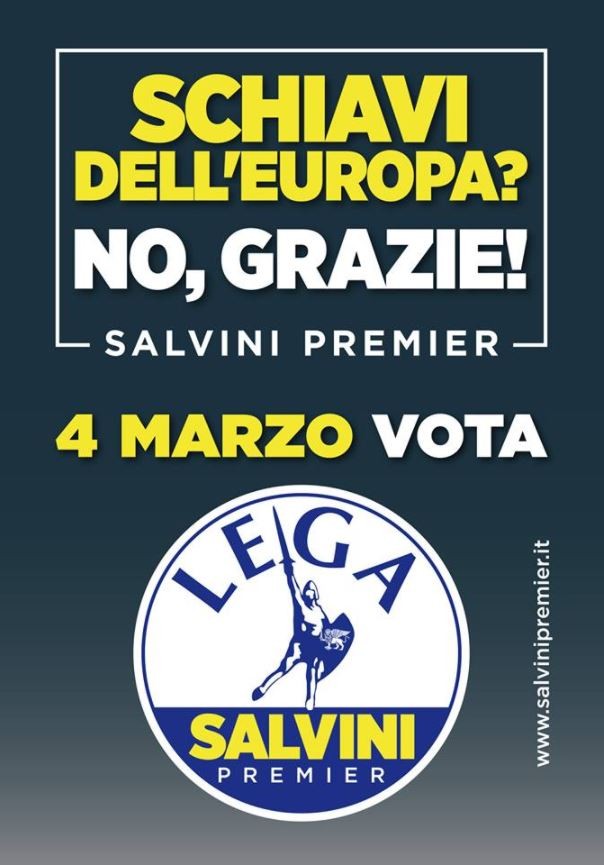 In recent days, Salvini has assured his supporters that if elected he will pull Italy out of the European common currency, insisting that the euro is partly to blame for Italy’s economic crisis. “I remain convinced … that the euro under these conditions was an error, which we will remedy,” he said earlier this week.

“The right to legitimate defense, control of borders and deportation of all illegal aliens, in the common program of the center-right,” Salvini announced on social media, along with a hashtag to vote League in March.

“Lo and behold, he finances dozens and dozens of NGOs in Italy,” Salvini said of Soros.

“Among his main stated goals are unlimited immigration, the opening of the drug market and the dismantling of family and gender stereotypes,” he said.

“The Soros plan: 18 billion euros to finance the planned mass invasion,” Salvini wrote. “This person is DANGEROUS. We must stop him before it’s too late.”

Salvini, who promises a “revolution of common sense,” has also learned a thing or two from the successful campaign of U.S. president Donald Trump in his outreach to those who feel left behind by the cultural and political elites.

His “Italy First” motto has served to galvanize many of his supporters against those such as the prior government of Matteo Renzi perceived as selling out the interests of Italians in favor of Eurocrats and immigrants. 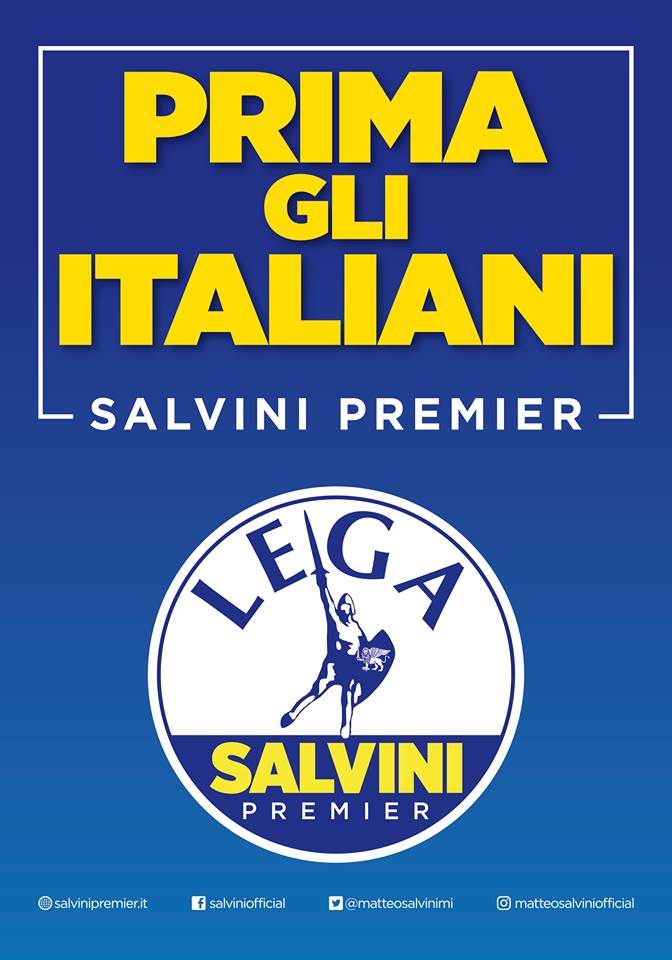 “All the television stations and commentators are against Trump,” Salvini observed.

“Maybe because on taxes, immigration, employment and healthcare he is keeping all the promises he made during his electoral campaign?” he asked rhetorically.

“I can’t bear traitors, hypocrites and flip-floppers. Go Donald go,” he said, before once again urging citizens to vote for the League in 2018.