International education rankings will begin testing how well schools are “nurturing” globalist attitudes in pupils on topics like mass migration and feminism.

“Global competence” tests examining views on global warming, racism, and “fake news” will be sat alongside exams in maths, reading, and science as part of the Organisation for Economic Co-operation and Development (OECD)’s Pisa tests — one of the most important international benchmarks for education systems.

OECD education director Andreas Schleicher said the quality of education systems must be measured on more than exam results, stating a need for schools to impart “values” in a world of “post-truth” and social media “echo chambers”.

Speaking in London at the Education World Forum, he said: “Learning to participate in interconnected, complex and diverse societies is no longer a luxury but a pressing necessity.

“Recognising the unique roles that schools play in preparing our youth to participate in our world, Pisa has developed a framework to explain, foster and assess adolescents’ global competence.

“The framework is designed as a tool for policy makers, leaders, and teachers interested in nurturing global competence among young people worldwide.”

In the test, pupils are asked to what extent they agree with statements such as, “Immigrants should have the opportunity to continue their own customs and lifestyle”, as well as to report on whether their teachers espouse globalist views. 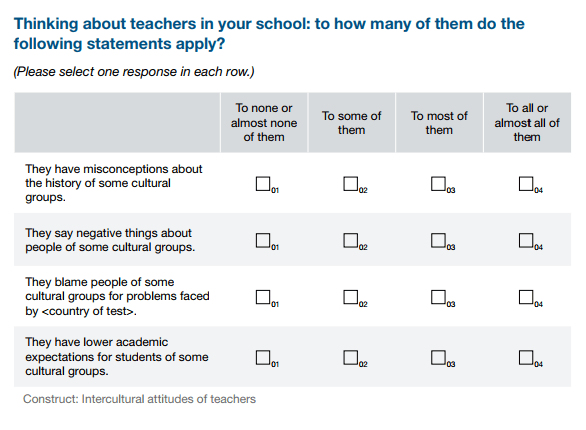 Children are also asked to confirm whether or not they “celebrate festivities from other cultures” at their place of learning, and whether issues like “equality between men and women”, migration, and climate change are on their country’s formal curriculum as topics “studied” by 15-year-olds.

According to the OECD criteria, “Globally competent learners should not only have a positive attitude towards cultural diversity but should also value cultural diversity as an asset for societies and a desirable goal for the future.”

The think tank also believes it is the job of schools to turn children into activists, with the test measuring pupils’ readiness to “take action for collective well-being and sustainable development”.

“Globally competent people are engaged to improve living conditions in their own communities and also to build a more just, peaceful, inclusive and environmentally sustainable world,” the OECD asserts. 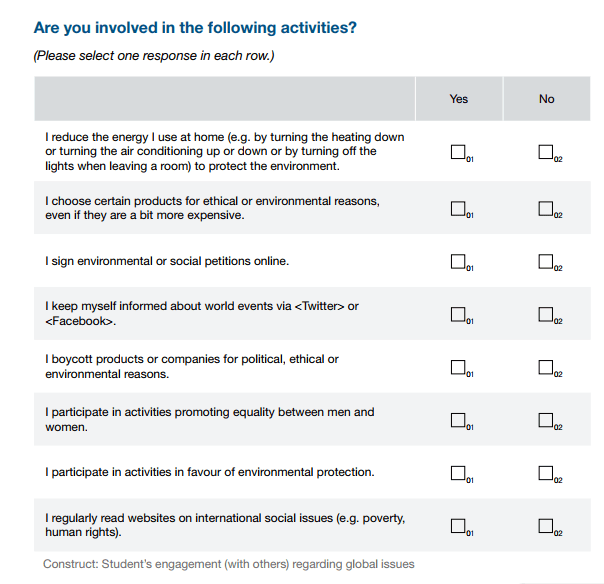 According to BBC News, the Department for Education in England said that “like more than half of the 80 countries” taking Pisa tests this year including the U.S., Germany, France, Finland, Denmark, and Ireland, it would not place an “additional burden” on schools with the new global competence test.

But, announcing it would join Australia and Canada taking part in the new exam, the Scottish government said the test would help young people to “thrive in today’s world”.

“The results will help us understand how we can further support young people to be responsible global citizens, capable of taking part in local, regional and global decision making and debate,” a spokesman for the Scottish government said.

Mr. Schleicher said of the new addition to the Pisa test: “It will help the many teachers who work every day to combat ignorance, prejudice and hatred, which are at the root of disengagement, discrimination and violence.”

The OECD’s ‘global competence’ test shows that “neoliberalism [is] developing in a similar direction”, he argued.