Two unconscious people discovered in Salisbury, England on Sunday which triggered a major incident alert and saw a number of locations in the city and emergency first responders having to be decontaminated were father and daughter, it has been revealed.

Yulia Skripal, 33, was discovered slumped on a bench with her father Sergei Skripal on Sunday after a suspected poisoning. The pair remain in a critical condition in hospital.

The daughter lives in Russia but was visiting the UK, the BBC reports, and relatives had not heard from her for two days.

Counter-terror police have now taken over the investigation into the incident.

Her mother, Liudmila, died aged 59 in 2011 after arriving in the UK with her husband in 2010 as part of a spy exchange between Russia and Western nations.

The couple’s 43-year-old son recently died when visiting St. Petersburg with his girlfriend.

Mr. Skripal was outspoken in his views about Russia’s current leadership, and there is widespread speculation Kremlin agents could be involved in his sudden collapse.

Boris Johnson, the Foreign Secretary, has not attributed blame at this point, but spoke bluntly of Russia as “a malign and disruptive force” and insisted the government would not tolerate murder on UK soil.

If suspicions are well founded the “government will take whatever measures we deem necessary” to protect lives of the people in UK – Foreign Secretary Boris Johnson responds to Sergei Skripal collapse in Salisbury https://t.co/0ItT7waFcq pic.twitter.com/waKkZVheet

Speaking in parliament, he added: “Honourable members will note the echoes of the death of Alexander Litvinenko in 2006.

“And while it would be wrong to prejudge the investigation, I can reassure the House that should evidence emerge that implies state responsibility, then Her Majesty’s Government will respond appropriately and robustly…

“I say to governments around the world that no attempt to take innocent life on UK soil will go unsanctioned or unpunished.”

A spokesman for the Russian foreign ministry was dismissive about the alleged Russian connection and said Mr. Johnson’s comments were “wild”.

Mr. Johnson also claimed that if Russian involvement were confirmed, England’s involvement in the football World Cup, to be held in Russia, could be affected.

“Thinking ahead to the World Cup this July, this summer, I think it would be very difficult to imagine that UK representation at that event could go ahead in the normal way and we would certainly have to consider that.” 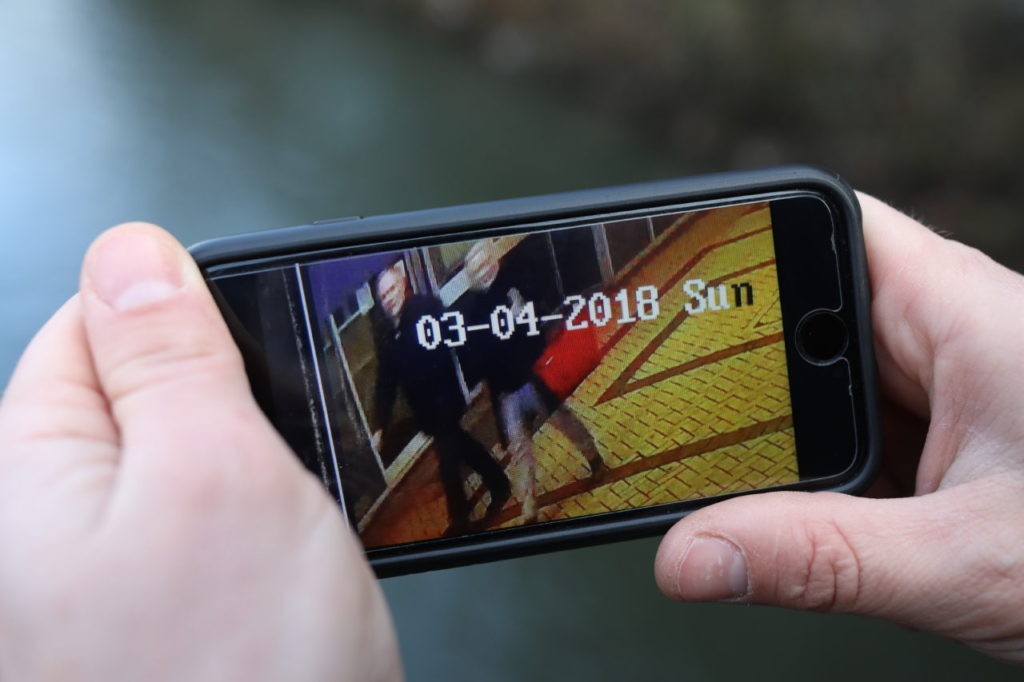 A journalist shows CCTV footage on a mobile phone showing a man and woman who were later found unconscious, on March 6, 2018 in Salisbury, England. (Dan Kitwood/Getty)