Members of the public local to the suspected nerve agent attack against a former Russian spy and his daughter have spoken out against the British government’s response to the incident, with one describing the failure to communicate with the public about the risks “diabolical”.

Former Russian spy Sergei Skripal, transferred to Britain from a Russian jail in 2010 as part of a ‘spy swap’, was found unconscious with his daughter on a shopping street in Salisbury, England, on Sunday with police claiming the pair had been taken ill due to an overdose of a highly potent synthetic opiate called fentanyl on Monday, known for its use as a recreational drug.

Despite local newspapers publishing photographs of emergency responders wearing full hazmat suits to decontaminate the area that day, Public Health England said on Monday there was no wider risk to the public. 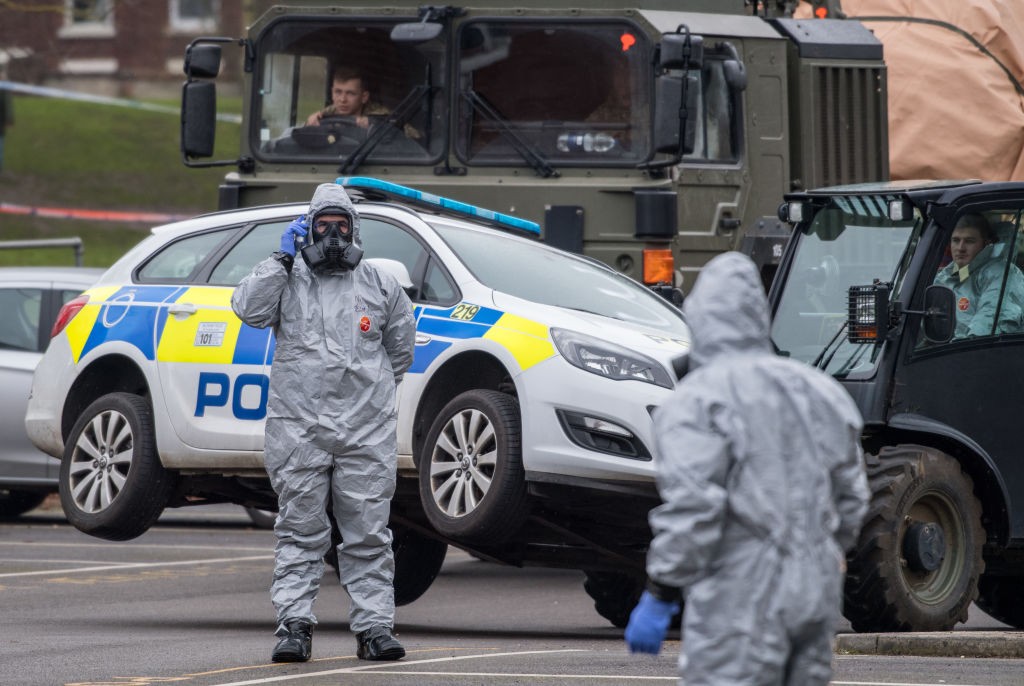 SALISBURY, ENGLAND – MARCH 11: Military personnel wearing protective suits remove a police car and other vehicles from a public car park as they continue investigations into the poisoning of Sergei Skripal on March 11, 2018 in Salisbury, England. Sergei Skripal who was granted refuge in the UK following a ‘spy swap’ between the US and Russia in 2010 and his daughter remain critically ill after being attacked with a nerve agent. (Photo by Chris J Ratcliffe/Getty Images)

Yet it later became apparent the pair had been subjected to an attack with a nerve agent — a highly complex chemical weapon generally limited by the difficulty of manufacture and safe storage to the governments of developed nations — and Britain’s Prime Minister is expected to make a statement on alleged Russian involvement in the attack Monday afternoon.

The nerve agent used was so strong the British army have now been called in to help decontaminate the area, loading eight contaminated emergency response vehicles onto military trucks for removal, and the first police officer responding to the initial report to the poisoned pair remains in serious condition in hospital.

Quote from BBC report on Monday: "Public Health England said there was no wider risk."

Either a clear lie or admission of incompetence.

If the govt can't diagnose/contain a targeted attack like this, what faith do we have in defence against a mass casualty terror attack? https://t.co/CIyTqYwmTt

Despite the revelation of the nature of the attack, it took a full week for the government to warn there was a chance of further contamination, warning some 500 patrons who had visited restaurant Zizzi and pub The Mill in Salisbury where Skripal and his daughter went on the day of the attack to wash their clothes. All staff uniforms and possessions in the restaurant at the time of the police response have now been removed and incinerated.

The Times newspaper reports the anger of locals at the delay in getting this crucial information out to the public, reproducing remarks including: “Enough of this cloak and dagger stuff, let the public know what’s going on, it is our city after all!” 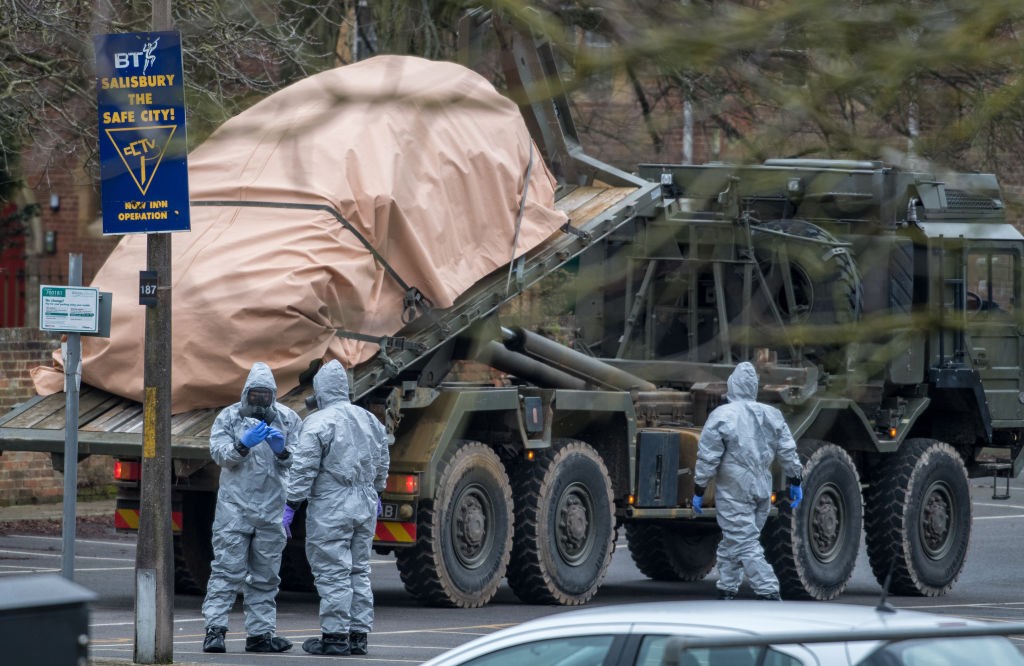 The paper quotes the deputy manager of a local shop who said of the delay: “The way the public has been kept in the dark is diabolical. They knew on Tuesday that it was serious enough to shut those places down yet they didn’t give a warning about washing your clothes until a week later . . . What are the authorities going to say to the parents of a young child who is contaminated with nerve gas because they were in Zizzi or The Mill last Sunday?”

The concerns of the public were echoed by chemical weapons expert Hamish de Bretton-Gordon, the former commanding officer of Britain’s chemical, biological, radiological and nuclear (CBRN) regiment before it was disbanded to save money in 2011, who said the attack had “blindsided” the government and criticised them for keeping the public in the dark. 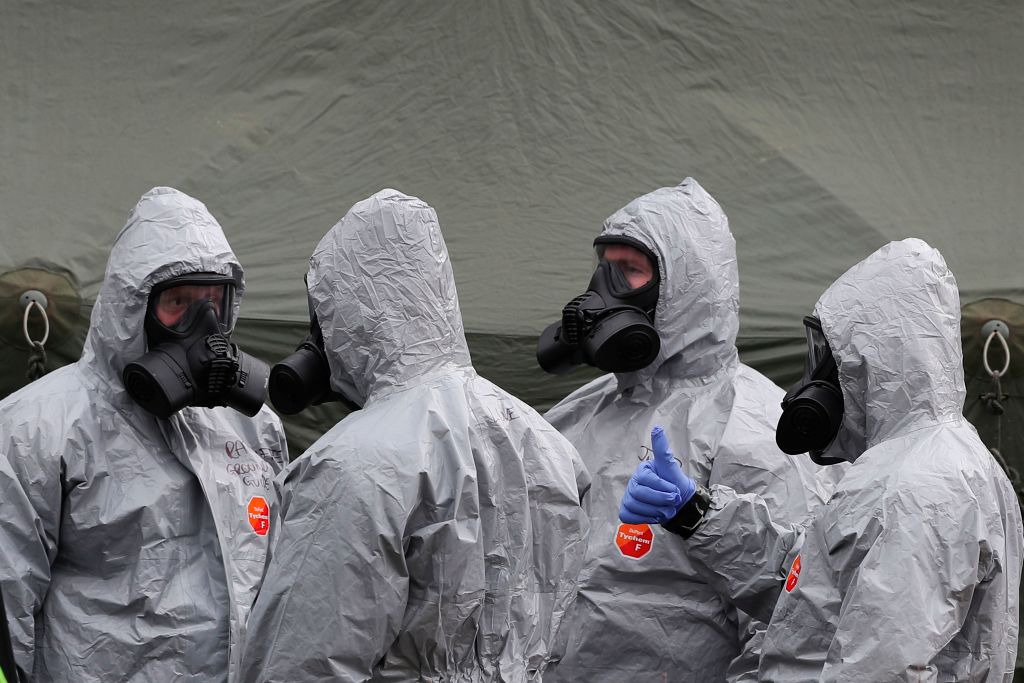 In remarks reported by The Guardian, de Bretton-Gordon said: “We’ve been dealing with this kind of thing in Syria for five years and we find the more information we give people, particularly civilians, the better. Salisbury is no war zone but people are obviously very fearful. I think they need more information. They need to be told how it is… this is symptomatic of the fact that chemical weapons have become the norm.

“We must reimpose the taboo, the red line, on the issue of chemical weapons, otherwise every dictator, despot, rogue state and terrorist is going to use this stuff.” 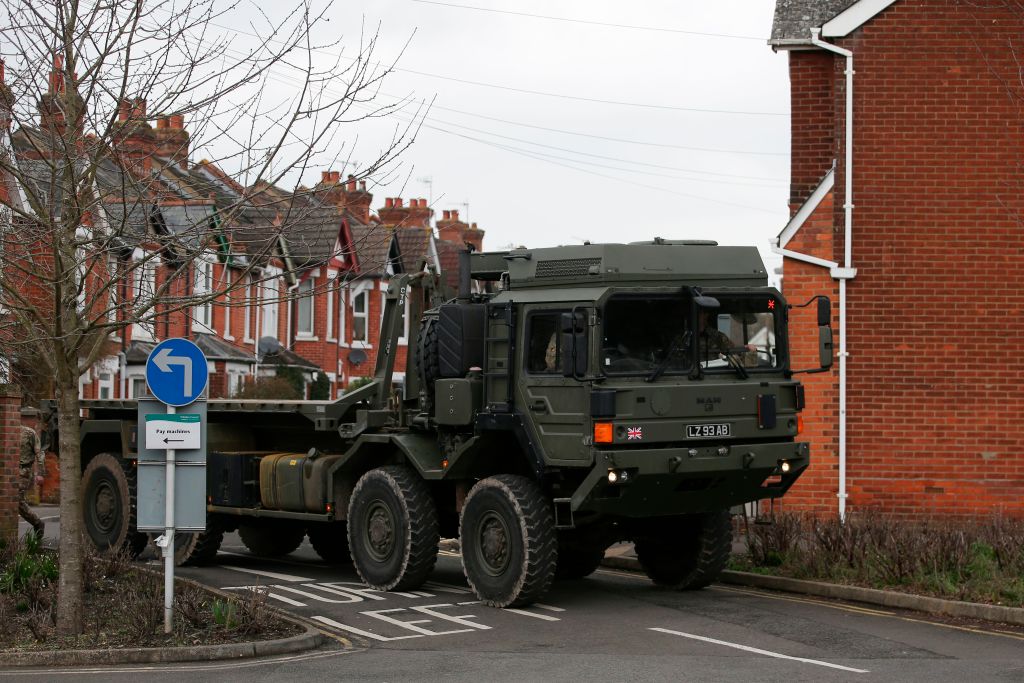 A military low-loader vehicle is driven into an area cordoned off behind a police station in Salisbury, southern England, on March 11, 2018 / DANIEL LEAL-OLIVAS/AFP/Getty Images