Brexit leader Nigel Farage was forced to hit back at a senior Sky News political editor who suggested the fishing industry was economically insignificant and should be sacrificed to the European Union at the cost of thousands of jobs.

Speaking from a fishing boat in front of the Houses of Parliament this morning, Sky News’ Beth Rigby contrasted the City of London to working-class fishing communities, suggesting only one could be saved in the government’s Brexit negotiations.

“Fishing, in those communities, might be very important, but the truth is that the financial services industry is 11 per cent of the economy,” she said to the former UKIP leader.

In contrast, “fishing is 0.05 per cent of the economy,” she added, asking: “Can you perceive it from the Chancellor’s perspective?”

“Oh, to hell with them then!” blasted Farage, mocking the notion that coastal, working-class communities are expendable in order to protect urban, high tech industries and the multi-national financial sector.

The argument that the fisheries are not financially significant enough to save during the negotiation has been widely used by some arguing ‘softer’ Brexit.

“The British fishing industry contributes less than 0.05 per cent of the country’s gross domestic product, and fisherman have expressed concern that the sector could be used as a bargaining chip in the negotiations,” reported the Financial Times on the 17th of this month, ahead of the announcement the EU would continue to control fishing policy for years after Brexit.

Farage rejected Ms. Rigby’s question as a false dichotomy, saying: “No. If you have someone in your front room taking your possessions, you get rid of them, and get back control of your own life.” 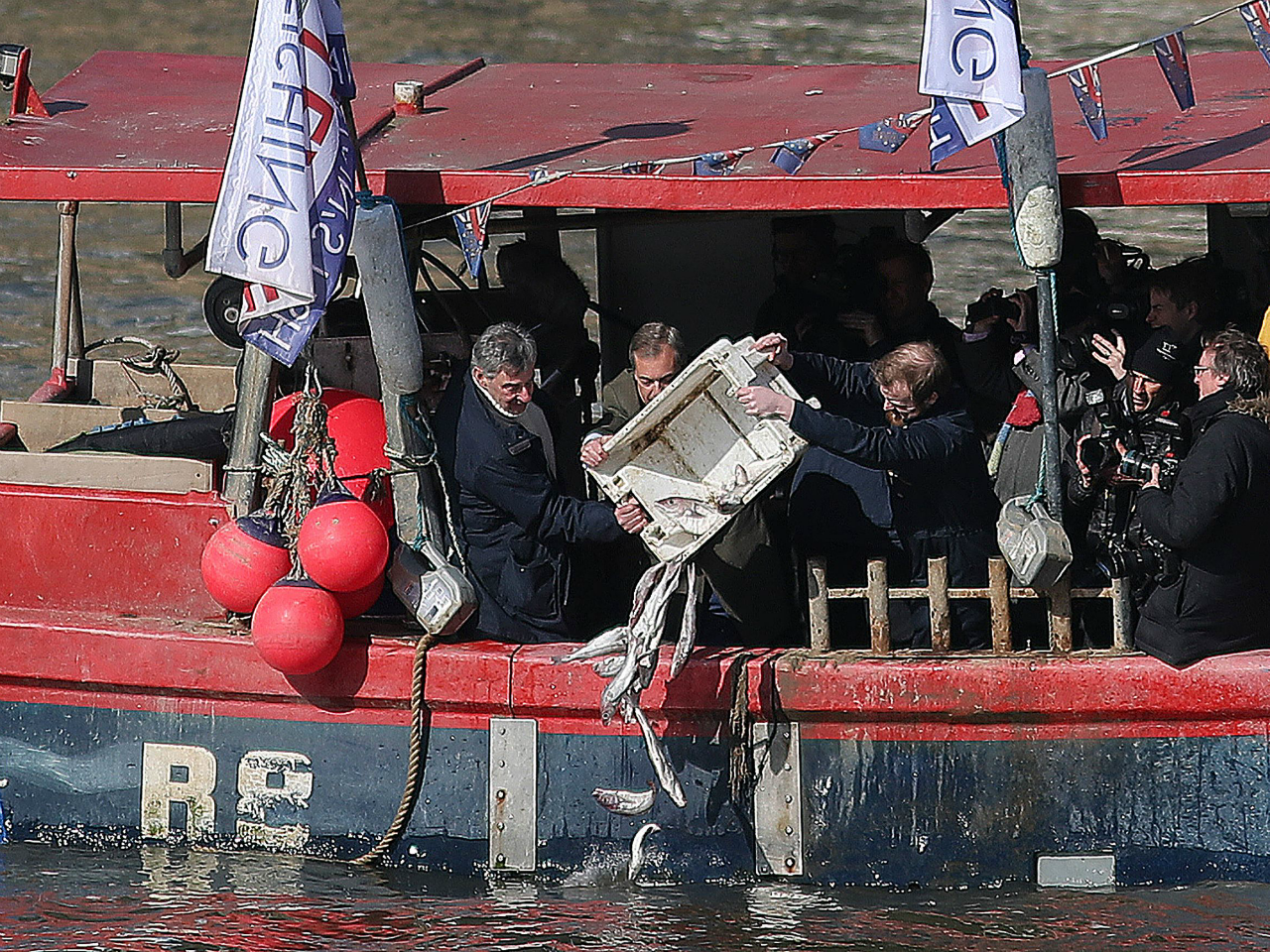 “Fishing is the acid test of Brexit,” he continued. “This is the clearest way that we can measure, actually, what is being done, and when it comes to financial services [EU chief Brexit negotiator Michel Barnier] has already made it plain he’s not going to give us a good deal.”

According to Fishing for Leave, around 60 per cent of the UK fleet has been scrapped thanks to the EU’s Common Fisheries Policy (CFP), which the UK is now likely to remain tied to for two years after Brexit.

The UK’s fishermen are likely to be even worse off in those years than under current arrangements, as they will remain bound by the rules but with no say in setting them.