LONDON (AP) — Queen Elizabeth II opened a summit of the 53-nation Commonwealth on Thursday, and backed her son Prince Charles to be the next leader of the association of Britain and its former colonies.

In a ceremony at Buckingham Palace, the queen said she hoped Charles would “carry on the important work” of leading the Commonwealth, a loose alliance that has struggled to carve out a firm place on the world stage.

The queen has no designated successor as Commonwealth chief, and some have suggested Charles should not take over the helm of the group, which takes in 2.4 billion people on five continents.

“It is my sincere wish that the Commonwealth will continue to offer stability and continuity for future generations and will decide that one day the Prince of Wales should carry on the important work started by my father in 1949,” the queen said.

Maltese Prime Minister Joseph Muscat, who hosted the last Commonwealth Heads of Government Meeting in 2015, signaled that leaders were likely to confirm Charles as successor to his mother, who turns 92 on Saturday. 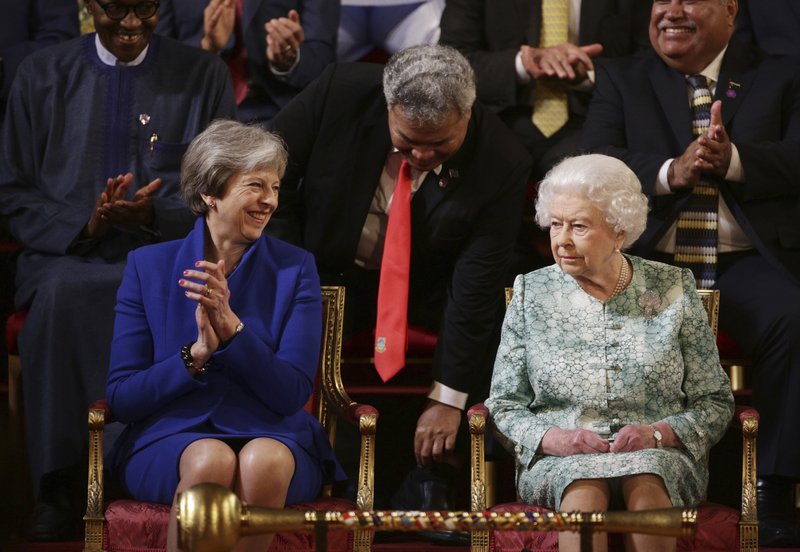 Britain’s Queen Elizabeth II and Prime Minister Theresa May attend the formal opening of the Commonwealth Heads of Government Meeting in the ballroom at Buckingham Palace in London, Thursday April 19, 2018. (Yui Mok/Pool via AP)

Muscat said he was sure that Charles “will provide solid and passionate leadership for our Commonwealth” when called upon to do so.

The survival of the Commonwealth owes much to the commitment of the queen, who has visited almost every member country — often multiple times — over her 66-year-reign.

British Prime Minister Theresa May praised the monarch for being “the Commonwealth’s most steadfast and fervent champion.”

Leaders from countries from vast India to tiny Tuvalu will spend two days meeting in London and at Windsor Castle west of the city. The agenda includes protecting the world’s oceans and helping small states boost cybersecurity.

Britain also hopes to use the meeting as a launch pad for stronger trade ties with Commonwealth countries after the U.K. leaves the European Union next year.

International Trade Secretary Liam Fox said this week that Brexit could revitalize the Commonwealth and “usher in a new era, harnessing the movement of expertise, talent, goods and capital between our nations in a way that we have not done for a generation or more.”

Others are skeptical that increased Commonwealth trade can make up for reduced access to Britain’s biggest market, the EU. In 2017, 44 percent of British exports went to the EU and just 9 percent to Commonwealth countries. 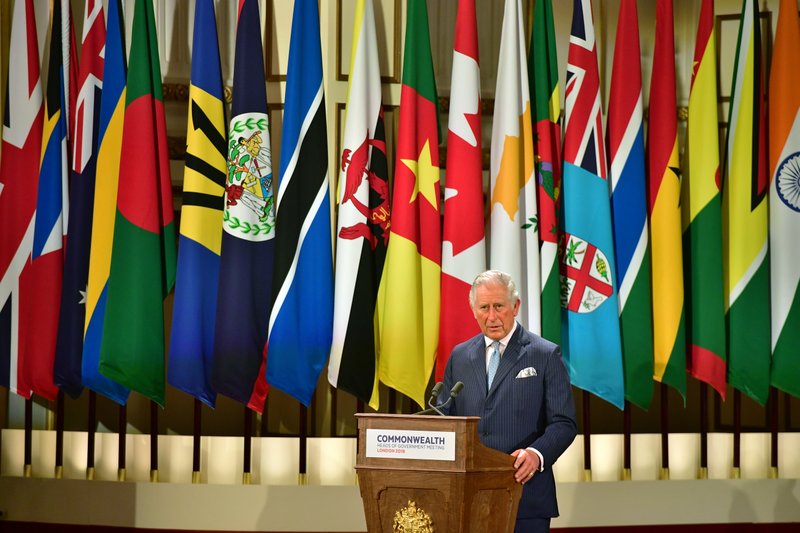 Britain’s Prince Charles speaks at the formal opening of the Commonwealth Heads of Government Meeting in the ballroom at Buckingham Palace in London, Thursday April 19, 2018. (Dominic Lipinski/Pool via AP)

Still, some say the Commonwealth could provide a platform for British diplomatic and cultural clout after it leaves the EU.

Michael Lake, director of the Royal Commonwealth Society charity, said the Commonwealth could be a “useful and productive stepping stone for the development of a new soft-power agenda.”

But Britain’s relationship with the Commonwealth has been clouded by diplomatic missteps and the legacy of empire. May had to apologize this week after it emerged that some people who came to the U.K. from the Caribbean decades ago had been refused medical care in Britain or threatened with deportation because they could not produce paperwork to show their right to residence.

Gay-rights activists are also protesting the summit, urging the repeal of laws against homosexuality that are in force in more than 30 Commonwealth countries — in many cases, introduced under British rule.

May said Tuesday that Britain deeply regretted its role in passing anti-gay laws.

“I am all too aware that these laws were often put in place by my own country,” she said. “They were wrong then, and they are wrong now.” 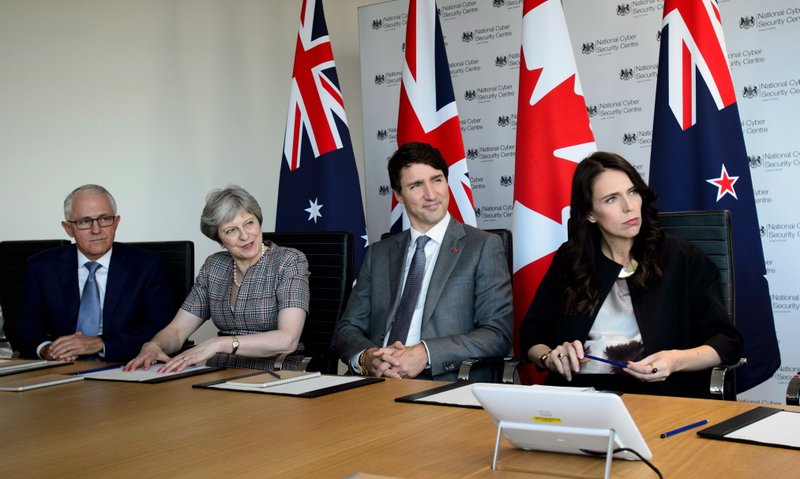 The Commonwealth is officially committed to democracy and human rights, but its rights record is mixed. Many look with pride on the organization’s role in the 1970s and ’80s in trying to end apartheid in South Africa.

But many Commonwealth nations have been plagued by corruption or destabilized by coups. Zimbabwe’s former president, Robert Mugabe, pulled his country out of the group in 2003 after it was suspended for widespread human rights abuses. Gambia quit in 2013, calling the Commonwealth a “neocolonial institution.” It rejoined earlier this year.

Still, the Commonwealth provides support for democracy and corruption-fighting, and gives its smaller members the chance to be part of an international network. Attempts to expand the club beyond former British colonies have had modest success, with Mozambique and Rwanda joining in recent years.

Philip Murphy, who heads the Institute of Commonwealth Studies at the University of London, said the Commonwealth was held together by “a kind of inertia, the fact that it’s probably more trouble to wind it up than to keep going.”

But he said he wouldn’t write it off just yet.

“It’s sort of like the Holy Roman Empire — international organizations can survive long beyond their natural expiry date,” Murphy said.