Almost 60 percent of Italians say it was right to shut their ports to ships transporting illegal migrants from Africa, and 68 percent say populist interior minister Matteo Salvini was correct to stand up to the EU on the issue.

The poll comes as a convoy of ships carrying more than 600 migrants docks at the Spanish port of Valencia, a week after they were picked up close to Africa for transport to Italy, before Salvini refused to take them.

The right-wing Lega party leader and Minister of the Interior, who forms half of Italy’s new populist coalition government alongside Luigi Di Maio’s Five-Star Movement, appears to have popular support in Italy.

The IPSOS poll was highlighted by Mathew Goodwin, an Associate Fellow at Chatham House, before being shared by Brexit campaign leader Nigel Farage.

“This is just the beginning folks,” commented the former UKIP chief.

68% say Matteo Salvini was right in being strong against the EU.

And this is just the beginning folks. https://t.co/ZexsqQFkYa

On Sunday morning, the Italian coast guard vessel Dattilo was the first of three boats carrying the 630 migrants to touch land in Spain, the Associated Press reports.

The Aquarius, operated by SOS Mediterranee Sea and Doctors Without Borders, was next, bringing another 106 migrants, followed by the Italian navy ship Orione.

Salvini said he would not allow Italy to become a “giant refugee camp,” but Spain’s new socialist prime minister Pedro Sánchez was keen to welcome the migrants, who travelled hundreds of miles past safe ports in Tunisia and Algeria to reach the European country.

Just met the new Prime Minister of Italy, @GiuseppeConteIT, a really great guy. He will be honored in Washington, at the @WhiteHouse, shortly. He will do a great job – the people of Italy got it right!

This Saturday, Salvini barred two more migrant ferries, writing on Facebook: “Two other ships with the flag of Netherlands, Lifeline and Seefuchs, have arrived off the coast of Libya, waiting for their load of human beings abandoned by the smugglers.”

He added: “These gentlemen know that Italy no longer wants to be complicit in the business of illegal immigration, and therefore will have to look for other ports [not Italian] where to go.”

Under the EU’s asylum laws, migrants are supposed to apply for asylum in the member-state they enter, placing a massive burden on Italy and Greece, where hundreds of thousands of asylum-seekers have arrived in recent years. 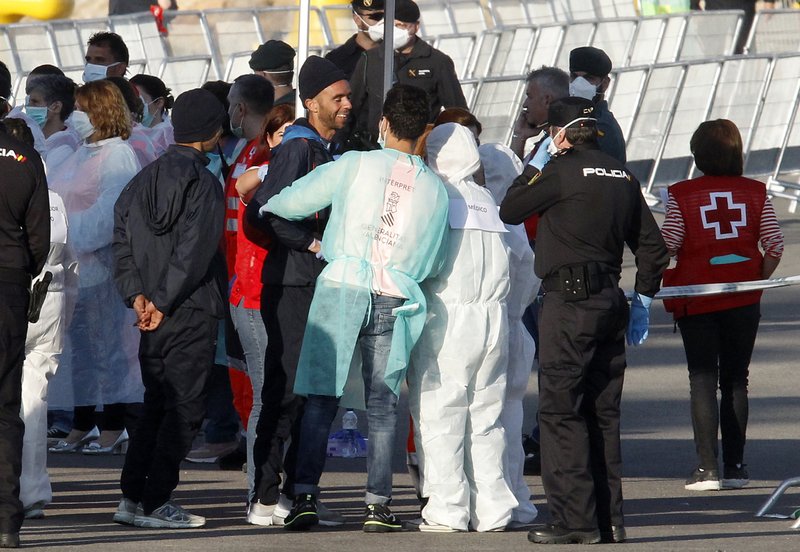