Dozens of people have rallied in a small Bosnian town to protest an unprecedented influx of illegal migrants from the Middle East, Africa, and Asia, claiming authorities are trying to destroy the area.

The protesters gathered Monday in the central square of the town of Bihac, in the northwest of the country.

They are angry at authorities who they say intentionally sending migrants to the area without identifying and registering them or finding them suitable accommodation.

The town is already overwhelmed, with migrants living in tents and abandoned buildings, and buses full of new arrivals are still arriving.

The protesters reject claims that Bihac is simply a gathering place chosen by migrants as it is close to to the border with Croatia, a member of the European Union.

Thousands of migrants staying in squalid camps in town and the surrounding area are relying on limited support from the local Red Cross and other international aid agencies. 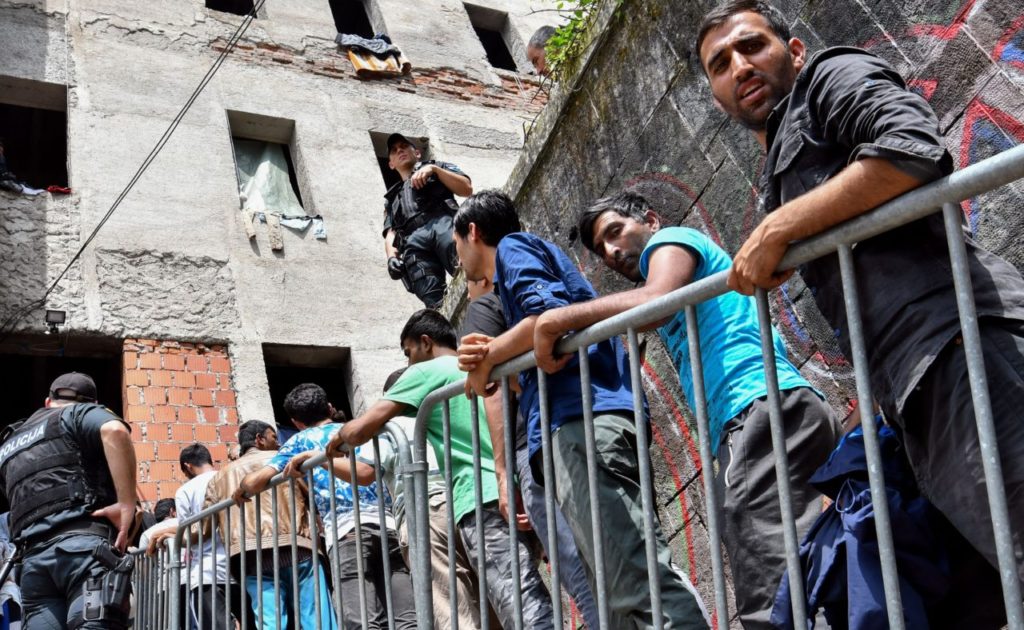 Migrant men wait in line for their lunch in front of an abandoned school dorm, near the center of the western-Bosnian town of Bihac, on July 4, 2018. (ELVIS BARUKCIC/AFP/Getty Images)

A resident of the town, Amela Besic, said the migrant situation in town is a result of an intentional effort to destroy the area. She told the regional news service N1 English, which is associated with CNN:

“Of course I will join the protests because it is not a political gathering. It is a group of citizens that got organised with the goal to draw attention to what is happening.

“Most people are not aware of how serious the situation is.”

Migrants staying in the town, originally from Pakistan, told the website that they had been treated well by the locals but hope to travel on to Germany.

Local Husein Dervisevic said he does not have problems with migrants in general but argued that they do not fit into the local culture well.

“I wrote several books about this town,” Mr Dervisevic said, introducing himself as a writer and poet. “I cannot visit my park anymore. I cannot go to my beach on the Una river. It is occupied,” he said.

“These people don’t fit in here culturally. I don’t care for them and we don’t need them here.”

(Associated Press contributed to the report.) 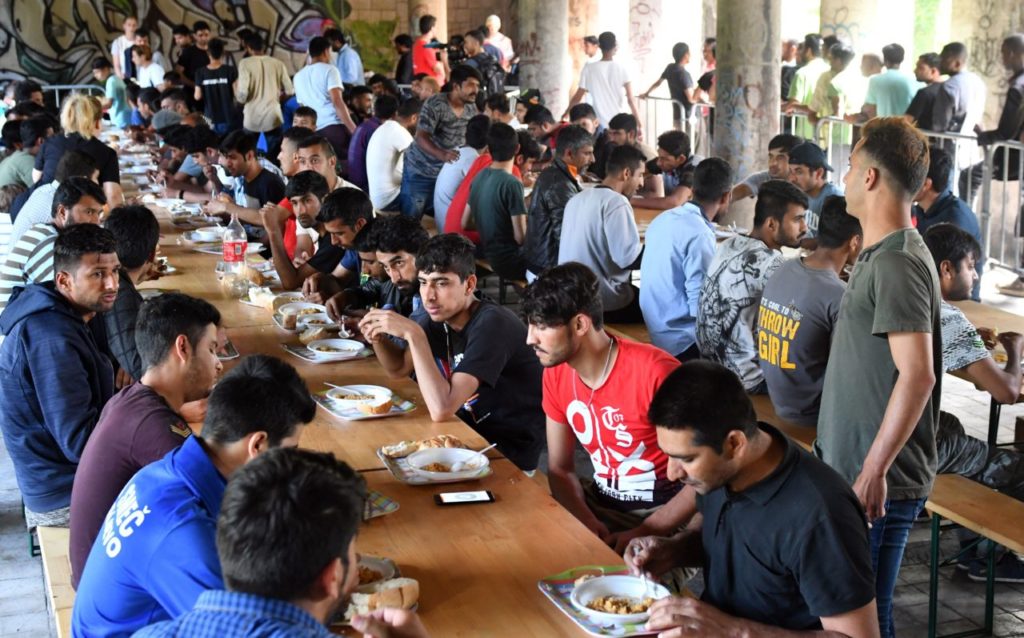 Approximately 500 migrants, sit for a meal during lunch time, at a makeshift migrant center, in the North-Western Bosnian town of Bihac, on May 31, 2018. (ELVIS BARUKCIC/AFP/Getty Images)