A man who posed shirtless in a controversial photo with French President Emmanuel Macron during an official visit to the French Antilles has been arrested for dealing drugs.

Reaulf Flemming [pictured, above right], along with another young man, caused controversy when they posed shirtless with the French president during his visit at the start of October while giving a middle finger to the camera. Now, information has been released showing him to have been arrested on drugs charges, Il Giornale reports. 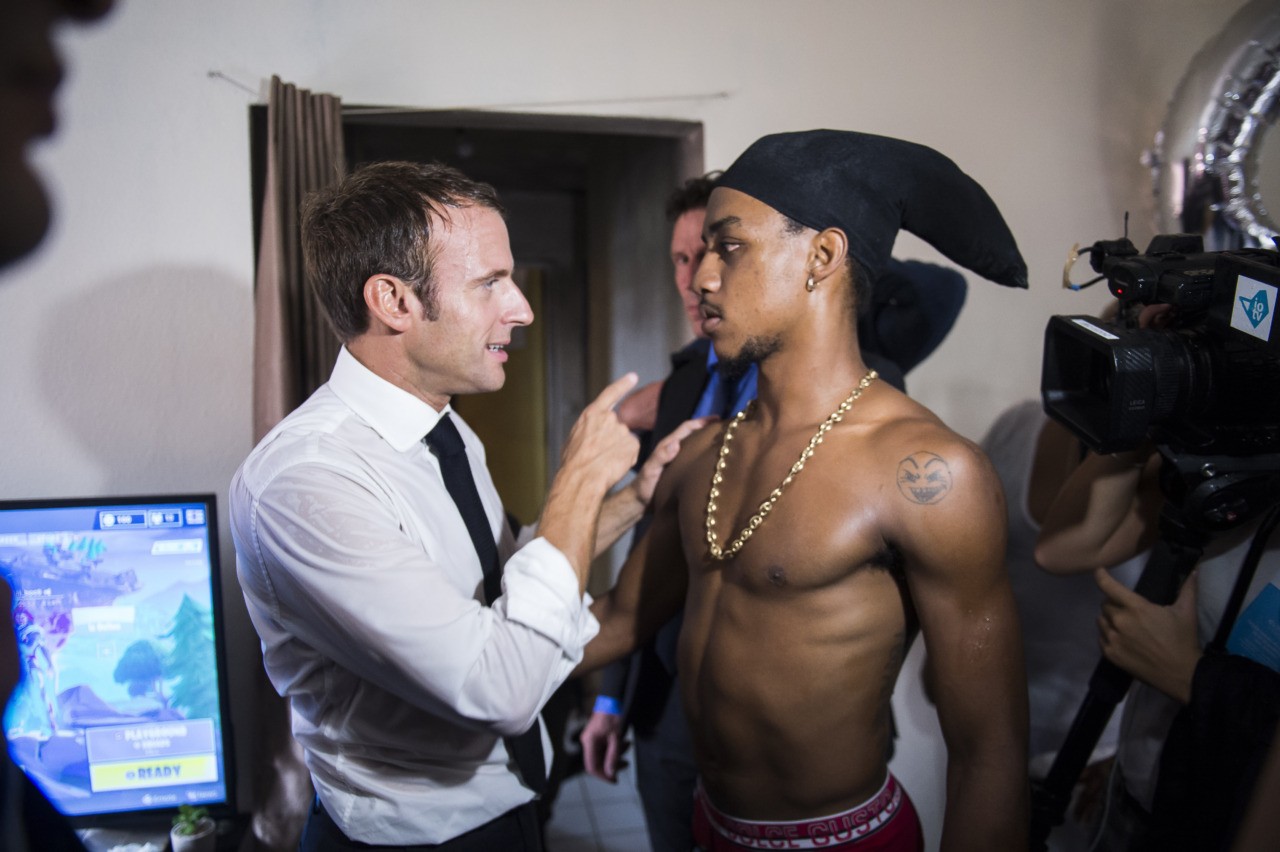 In this photo taken Saturday Sept. 29, 2018, French president Emmanuel Macron meets a former robber of Quartier Orleans, on the French Caribbean island of Saint-Martin, during a trip in the French West Indies, one year after Hurricanes Irma and Maria damaged the Island. Macron said on Sunday that he met with the ex-robber during an unplanned side trip into a housing project in Saint Martin because “I love each child of the (French) Republic, whatever their mistakes.” (Eliot Blondet, Pool via AP)

Saint-Martin gendarmes are said to have raided Mr Flemming’s home while he was in the company of around 10 other people and he is said to have attempted to have flee the scene.

During his escape attempt he kicked one of the officers but was detained and a drug-sniffing dog was able to find 20 grams of marijuana in his possession. Flemming was then later taken to court on Wednesday where he was sentenced to eight months in prison for drug trafficking and resisting arrest, reports France’s Le Parisien, citing the Saint-Martin Pelican journal.

The initial photo with President Macron caused widespread condemnation from French opposition politicians including populist leader Marine Le Pen who wrote on Twitter: “We can not even find the words to express our indignation: France certainly does not deserve this, it is unforgivable.”

Macron defended his decision to take the picture with the two young men saying: “The reasons I fought to be elected instead of Marine Le Pen and that I am here today is because I love all of the republic’s children, whatever their past troubles.”

The incident came after Macron had scolded another French youth in June because the teen referred to him as “Manu”, a shortened familiar version of Emmanuel.

“You can act like a clown, but today it’s the ‘Marseillaise’ and the ‘Partisans Song’ we’re singing. You address me as Mr President of the Republic or plain mister,” Macron told the teen.

The PR problems come as Macron is seeing dismal results in recent polling with a recent Odoxa poll showing 66 percent of French citizens having an unfavourable disapproving view of his presidency.