German Chancellor Angela Merkel was en-route to the forthcoming G20 summit in Buenos Aires, Argentina Thursday night when her government plane was forced to return to Germany and land, meaning she will likely miss the opening of the meeting.

Dr Merkel was flying on the German government military operated ‘Konrad Adenauer’ Airbus Thursday night which had taken off from Berlin, but looped back over the Netherlands and landed in Cologne, the home base of the German government air fleet, where it was met by emergency services vehicles.

The Luftwaffe Airbus had suffered the “malfunction of several electronic systems”, Deutsche Welle reports, falling into a now familiar pattern of faults with the Konrad Adenauer and her sister aircraft the Theodor Heuss, both of which have malfunctioned while on official business in recent months. 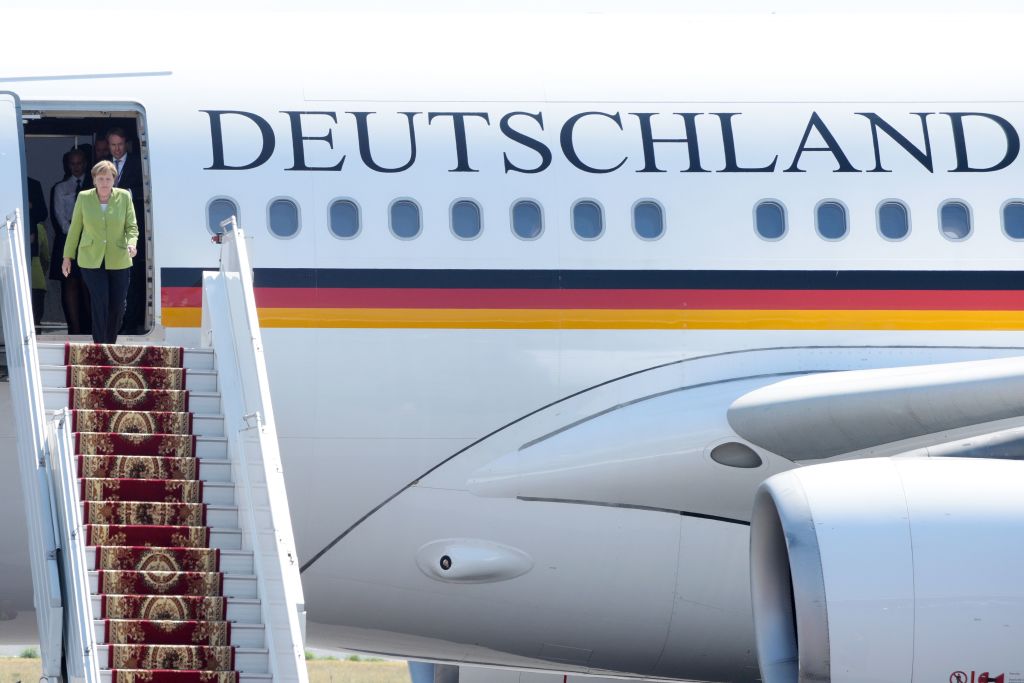 The German Chancellor and her finance minister, plus coiterie of attendant journalists will spend the night in Bonn before flying onto Argentina, where Merkel will attend the G20 summit and is due to have talks with U.S. President Donald Trump.

The German Luftwaffe, or air force, is suffering a crisis of aircraft maintainance which spreads from the government duty jets they maintain for Dr Merkel and other senior members of the government including the German president, to combat aircraft.
Breitbart London reported at the time of the “not quite voluntary” removal of the head of the Luftwaffe earlier this year, the fly-past in honour of the retiring officer highlighted some key issues with the state of German defence.

As Lieutenant General Karl Müllner — widely seen as the greatest critic of the government within the armed forces — took the final salute he was treated to a display of four Luftwaffe Eurofighter jets. Embarassingly for the German government, out of a fleet of 128 aircraft officially on the Luftwaffe’s books, those four were at the time the only Eurofighters in Germany capable of flying combat missions due to a lack of spare parts.