British police are to get new powers to stop and search potential suspects, particularly to discover if they are carrying deadly weapons, in a policy u-turn by political leaders who have curtailed it in the past for political reasons.

Prime Minister Theresa May has approved a plan by Home Secretary Sajid Javid to grant police officers greater stop and search powers in order to try and curb the alarming levels of knife crime in London and across the country. This move represents a u-turn for the PM as in 2014, in her previous role as Home Secretary, she introduced changes that made stop and search more difficult for police.

The Home Secretary’s plan is that these greater stop and search powers, known as ‘section 60’ orders, will be rolled out in 7 target areas across the country including London and South Yorkshire. These 7 metropolitan areas are said to account for 60% of knife crime across the UK. The section 60 order allows police the power to search anyone in an area if there is an anticipation of violence, reports The Guardian. 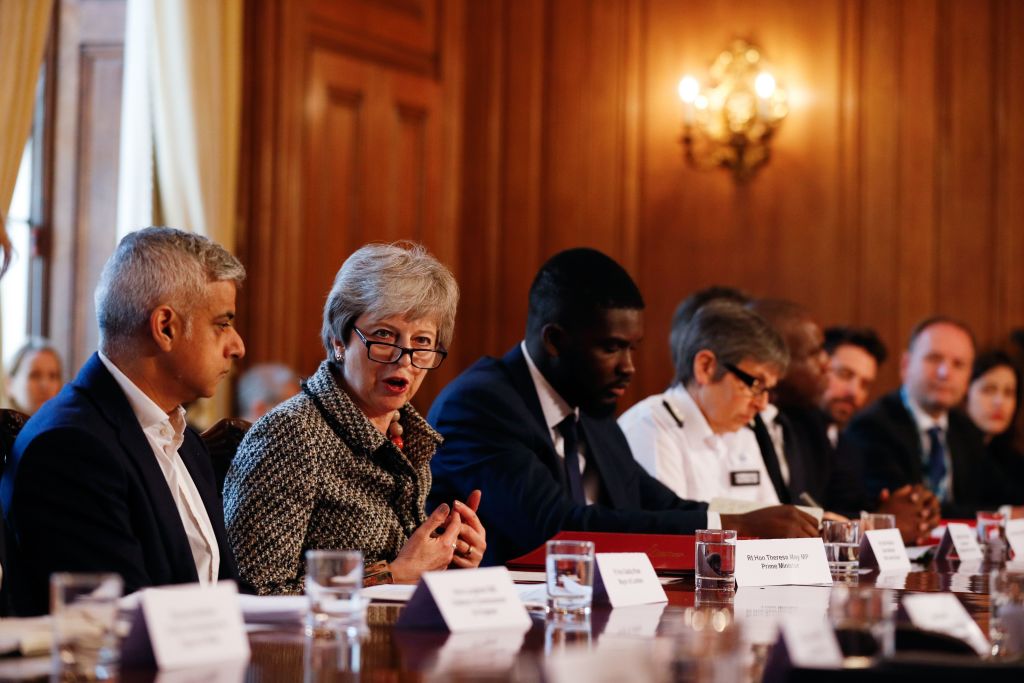 Sadiq Khan has also recently flipped his stance on the issue of stop and search, although he has shied away from tougher policing moves in general, preferring to treat violent crime as a public health issue and insisting that it is the fault of the government for cutting police budgets.

The move follows an especially bloody weekend in the capital in which 4 people were stabbed ‘at random’, by an attacker during a rampage, and a separate fatal stabbing in south London, in which a father of three was stabbed while sitting inside his car, the Daily Mail reports.

The Office of National Statistics reports that “offences involving a knife or a sharp instrument are at the highest level recorded (39,332 offences) since comparable data began to be collected in April 2010”, with offences “concentrated in London and other metropolitan areas”.

London Hits Highest Levels of Knife Crime Ever, as One in Five Adults Experience a Crime in 12 Months https://t.co/slZrEp4WEg

Critics of the policy say that stop and search powers are ineffective and that they disproportionately target young black and minority ethnic men. Diane Abbott said of the policy: “Random stop and search is not effective in bringing down levels of knife crime.” and Katrina Ffrench of the anti-stop and search policy group ‘StopWatch’ said the move “will not only exacerbate the racial disparity, but has the potential to further damage the relationship between the black community and the police.”

However, statistics reported in the Evening Standard show that 73% of offenders and 53% of victims of knife crime were of a black or minority ethnic background and that two-thirds of all knife crime in the capital was carried out by people under 25, which may go some way to explain the focussed nature of the powers in use.

Police Chief Cressida Dick has described the powers as “an extremely important power for the police.”