A man has been charged with five counts of attempted murder following a spate of stabbings in the Edmonton area of north London during the past week.

Jason Kakaire, 29, from Cameron Close in Edmonton appeared before magistrates at Highbury Corner Magistrates’ Court on Friday the 5th of April.

In addition to the attempted murder charges, he was charged with five counts of possession of a dangerous weapon, according to the BBC.

The charges are in relation to a string of stabbings between Saturday and Tuesday, in which five people were attacked in separate instances, seemingly at random.

Four of the stabbings occurred within ten hours of each other last weekend, with a fifth taking place on Tuesday morning.

All of the attacks were in the Edmonton area, with the victim of the fifth attack being found at the same location as the first incident is believed to have taken place. 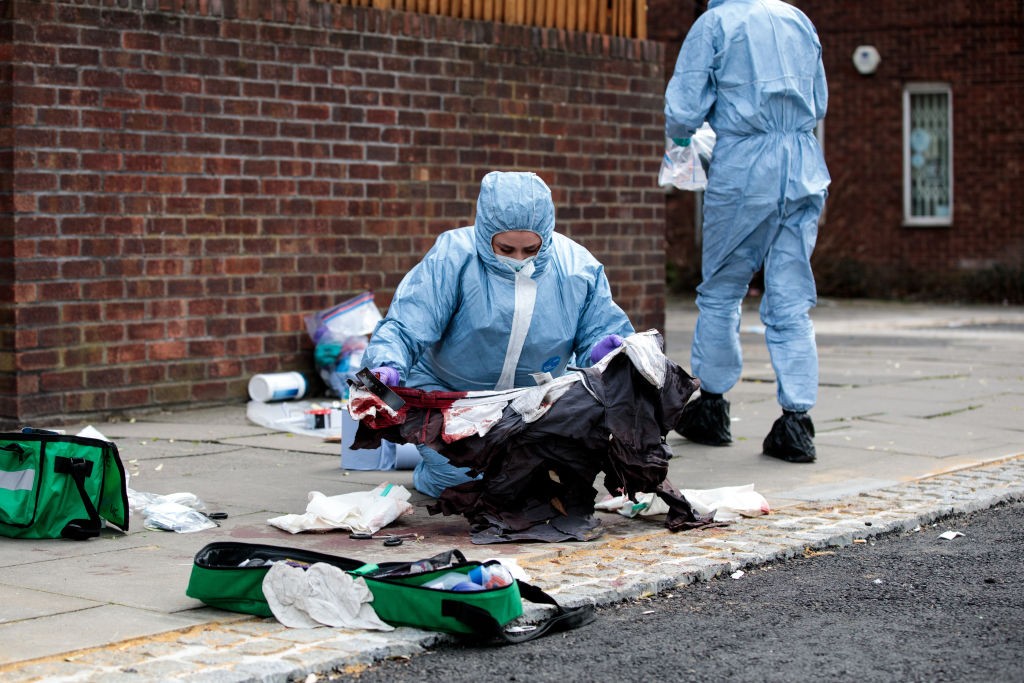 LONDON, ENGLAND – MARCH 31: Forensics teams work at the scene of a stabbing in Edmonton on March 31, 2019 in London, England. Four people have been stabbed in a spate of knife attacks in North London over the weekend. (Photo by Jack Taylor/Getty Images)

The London Metropolitan Police said they are not seeking anyone else in connection with the investigation.

“The investigation was led by detectives from the Homicide and Major Crime Command with officers from the North Area Command Unit,” Scotland Yard said.

A 45-year-old woman, believed to have been the first victim in the series of assaults, has been left paralysed after her spinal cord was severed, prosecutor Harika Yuksel told the magistrates’ court.

Mr Kakaire has been remanded in custody and will appear at the Old Bailey on the 3rd of May.

The charges come as knife crime in the capital reaches a 40-year high, with 14,987 knife related incidents reported in London alone.