Jeremy Corbyn has been accused of “hypocrisy” for turning down the invitation to the royal banquet during President Donald J Trump’s state visit, whilst having attended a dinner held in honour of President Xi Jinping despite China’s human rights record.

The socialist politician said in a statement on Friday reported by The Guardian that he disagreed with “rolling out the red carpet” for the leader of the UK’s closest ally and would not be attending the dinner during President Trump’s state visit between June 3rd and 5th.

Despite accusing the President of using “racist and misogynist rhetoric” and criticising him for denying alleged man-made ‘climate change,’ Corbyn said otherwise he “would welcome a meeting with President Trump to discuss all matters of interest.”

His decision was quickly labelled “hypocrisy,” given that the socialist — whose Labour Party has been embroiled with almost constant antisemitism scandals since he became leader — had attended the state dinner during the visit of President Xi, the General Secretary of the Communist Party of China, in 2015. 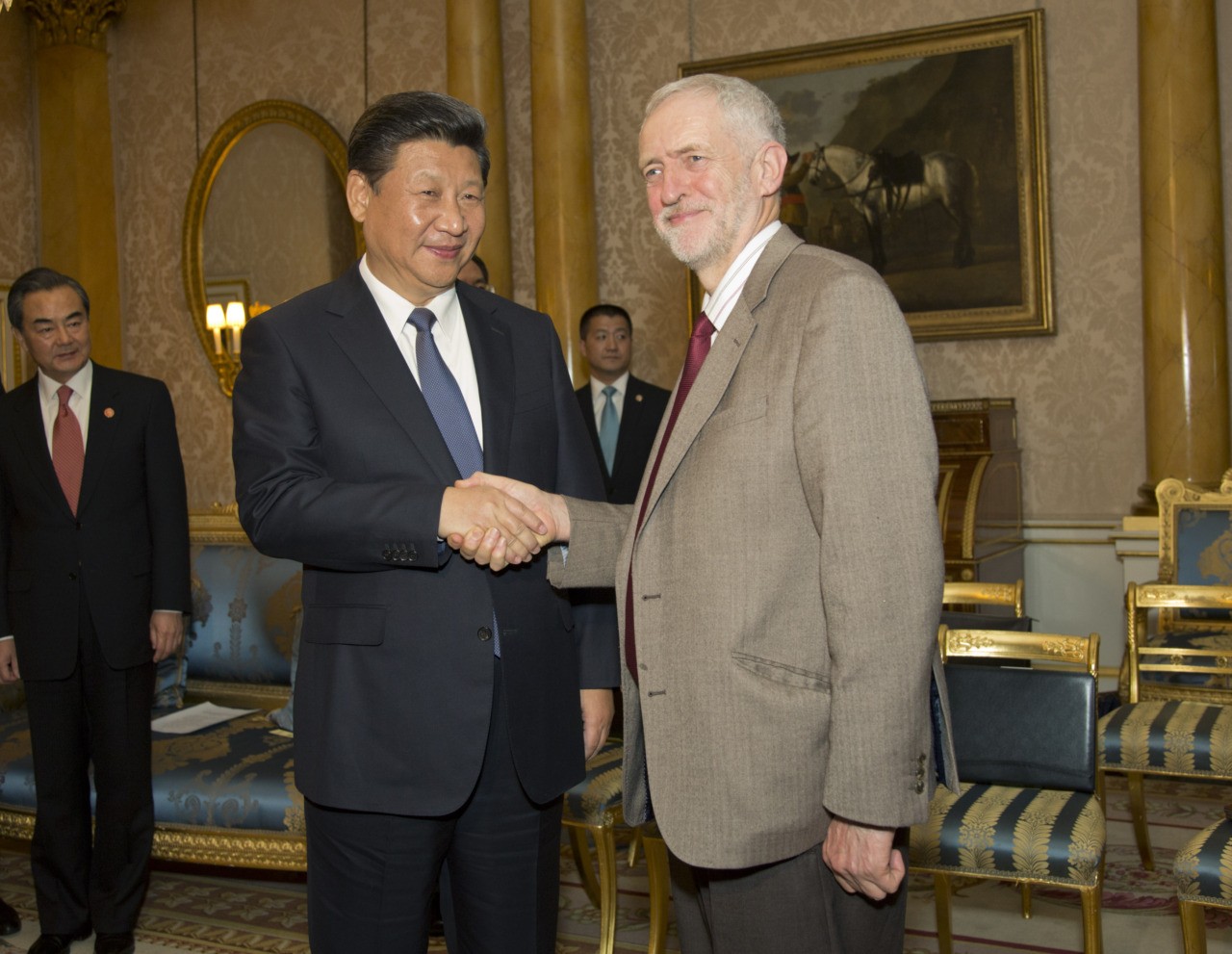 LONDON, ENGLAND – OCTOBER 20: British Labour party leader Jeremy Corbyn meets with the China’s President, Xi Jinping during the President’s state visit on October 20, 2015 in London, England. The President of the People’s Republic of China, Mr Xi Jinping and his wife, Madame Peng Liyuan, are paying a State Visit to the United Kingdom as guests of the Queen. They will stay at Buckingham Palace and undertake engagements in London and Manchester. The last state visit paid by a Chinese President to the UK was Hu Jintao in 2005. (Photo by Yui Mok – WPA Pool /Getty Images)

Pointing out Mr Corbyn’s attendance at the 2015 dinner, Chairman of the House of Commons foreign affairs select committee Tom Tugendhat told The Telegraph, “Given the people he has broken bread with… I think it’s a level of hypocrisy that is really quite staggering, when you see what the Chinese government is doing to the Uighur Muslim population.”

Others have pointed to the socialist’s associations with those on the far-left and extremist spectrum of politics, while former Tory Party leader Iain Duncan Smith called Corbyn “unfit” to potentially lead the country.

“Jeremy Corbyn dislikes his own country, dislikes the monarchy and dislikes the national anthem, yet he is friends with Mr Maduro of Venezuela.” Mr Duncan Smith told the Daily Mail.

“Hypocrisy is the basis of his politics: It shows bad judgment that he refuses to sit down with our closest ally and our head of state. His ideology makes him unfit to be Prime Minister. He will not be missed. This is a pathetic gesture,” he added.

It was also revealed this week that the pro-Remain Speaker of the House of Commons John Bercow has turned down the dinner invitation, however The Times says that it is “not unusual” for Speakers to not attend state banquets.

Mr Bercow, who should remain neutral, made his politics known when he effectively banned President Trump from speaking in Parliament during his July 2018 visit, facing severe criticism from Britain’s lawmakers.

Months away from the state visit, Bercow has come under scrutiny for blocking the address, with former Speaker of the House of Commons Betty Boothroyd telling the Daily Mail that Bercow “has no authority [to decide] as to whom should address Parliament.”

Baroness Boothroyd added that President Trump, who will be taking part in commemorations for the D-Day landings, “should be welcomed as a representative of the American people who sent their sons to fight alongside us.”