Ursula von der Leyen is supposed to become President of the European Commission, the EU’s top job. But who is she?

No one outside Germany had ever heard of her, no one had her on the watch list. If the Eurocrats had stuck to their word, they should have nominated Manfred Weber of the liberal-conservative European People’s Party. However, eventually, out of nowhere, the European Council nominated her, following German Chancellor Angela Merkel’s wish.

Ursula von Leyen is first of all the daughter of her father, Ernst Albrecht. A long-term EU bureaucrat, Albrecht ended his career as governor of Lower Saxony.

Thanks to her father’s connections, she enjoyed a rocket-like career trajectory in the nominally “conservative” CDU, a party that used to be Christian, Democratic, and United, but which hasn’t since Merkel’s open borders policy at least.

After being minister for social affairs in her home state Lower Saxony, von der Leyen was appointed a federal minister when Merkel became Chancellor in 2005 and remained in the government since them. In every position, she sold off conservatives values, sparked anger, and failed miserably – but always being rewarded with an even more important position. 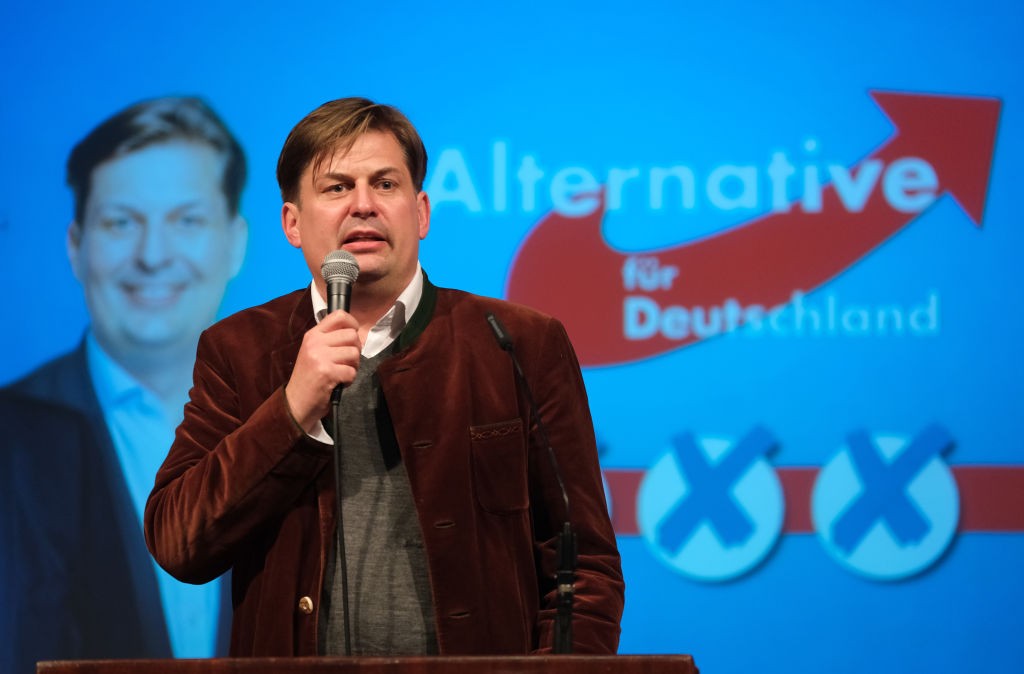 GOERLITZ, GERMANY – MAY 23: Maximilian Krah, candidate from Saxony for the European Parliament for the right-wing Alternative for Germany (AfD) political party, speaks at an AfD election campaign rally prior to European parliamentary elections on May 23, 2019 in Goerlitz, Germany. Photo by Sean Gallup/Getty Images

In 2005, she was appointed the minister for family affairs, where she implemented a policy that incentivized the double-income-role model – traditional families lost support. Her multi-billion family programs didn’t increase the dramatically low birth rate in Germany but shifted the understanding of what family means to the far left.

Yet her worst period began when she took over the ministry of defence in 2013. West-Germany’s army after World War II was never a strong force, but more or less of average NATO standards. Mrs. von der Leyen has ruined it thoroughly, and Germanys Bundeswehr is now more a joke than an army.

The tanks don’t, drive, the jets and helicopters don’t fly, the rifles don’t shoot properly, but Mrs von der Leyen introduced LGTBQ-education, uniforms for pregnant soldiers, and a kindergarten program for employees. She attacked the military tradition and blamed the complete high-ranked officers’ corps for being unable to lead. After six years of her in charge, Germany´s army is not only demotivated and disoriented but also disillusioned about the political leadership.

Much of the controversy that surrounds von der Leyen’s time in defence revolves around her attempt to use private outsourcing companies to reorganise military procurement. She hired Katrin Suder, a McKinsey & Company manager who pushed all officers and long-serving officials away and created a military-free space in the head of the ministry of defence.

The spending for consultants of all kind exploded, including McKinsey, to which Suder later returned. The German press, usually completely submissive to Merkel’s government, began to focus on that scandal, including murmurs about the private relationship between the two women.

A prominent example of the incompetence of von der Leyen’s leadership in post comes from the renovation of the navy’s cadet sailing ship. Costs exploded from an estimated 10 million Euros to 135. Millions of Euros went into dark channels, and the dockyard went bankrupt after it had received the money.

Of course, the ship still isn’t finished years later. Every despot would be impressed by these levels of open corruption and incompetence.

A parliamentary investigation against von der Leyen has now started. Clearly, this was the time for Chancellor Merkel to elevate her darling minister to the European Commission. 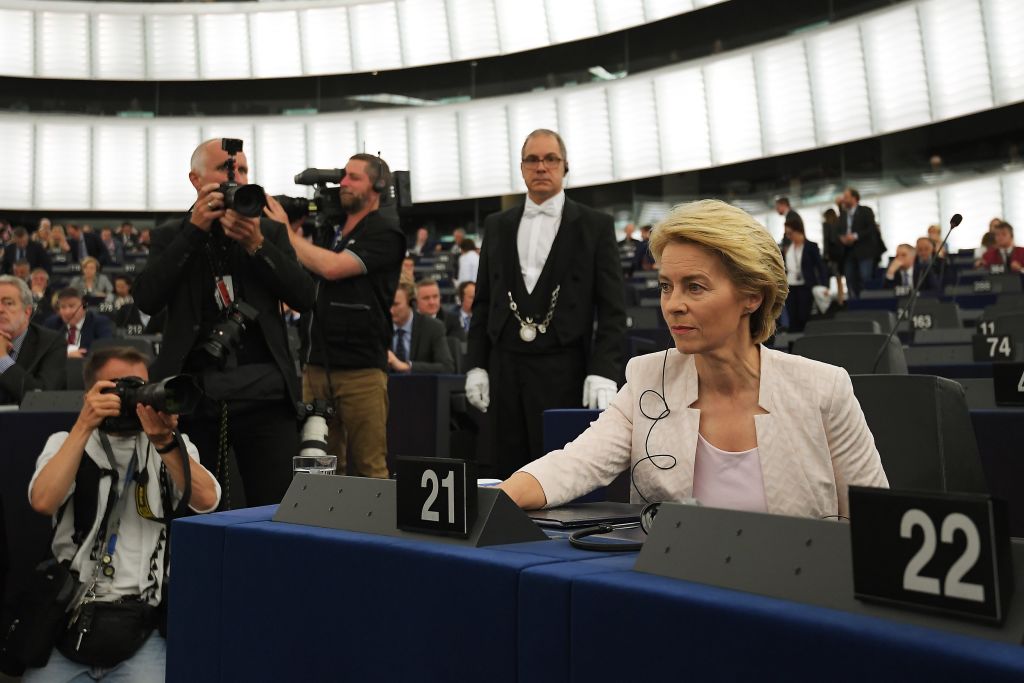 Former German Defence Minister and newly-appointed EU commission Ursula von der Leyen arrives to deliver a speech during her statement for her candidacy for President of the Commission at the European Parliament on July 16, 2019 in Strasbourg, eastern France. FREDERICK FLORIN/AFP/Getty Images

Yet, Merkel paid a high price for this decision. She gave France the head of the European Central Bank, which guarantees the continuation of the zero-interest-policy that harms the German middle-class, who saves its money rather than borrow it. France and southern-EU countries can continue to increase their sovereign debt with printed Euros, and at cost to Germany.

Now the European Parliament is the last chance to prevent the EU Commission falling in the hands of a politician who justifies every anti-EU sentiment.

She is incompetent, that much is clear. She is corrupt, which is being proved with her spending on external consultants without formal approval. And she pushes a hard liberal-left agenda, fighting all traditions, from family to military.

Her career is the result of personal patronage instead of competence, success and principles. The elevation to Brussels is not the result of a strategic plan, but an escape from investigation and persecution at home in Germany.

We will see whether the Eurocratic majority in Strasbourg will elect a woman whose appointment is an affront to the allegedly transparent EU-democracy and whose record makes her to a threat to the Commission. If anyone in the European Parliament wants to destroy the EU – he should vote for her.

I haven’t met one MEP who is happy about this proposal. But I am sure, for many of my colleagues, the wish of Merkel is more important than the common good of Europe. That said, I am sceptical whether we can stop this crooked woman from becoming the number one in the European Union.