Britain’s Royal Navy is increasing the size of its deployment in the Persian Gulf, with preparations underway to send another warship and an auxiliary support vessel to the region following the attempted hijacking of a British merchantman by Iranian gunboats.

The Royal Navy announced the pending deployment of the recently overhauled HMS Kent, due to arrive in theatre in September, and fleet tanker RFA Wave Knight in August in a  statement this week which described operation Kipion as “part of the UK’s commitment to promoting peace, stability, and the free flow of trade through some of the world’s most vital shipping lanes.”

The deployment will likely focus on the Strait of Hormuz, a key strategic pinch point in the waters between the Persian Gulf to the Arabian Sea and beyond, which is bordered by a belligerent Iran to the north. The Royal Navy describes the bottleneck, easily attacked by Iran’s large fleet of fast gunboats, as one of the most vital waterways in the world for trade and that one-third of all the world’s oil flows through it in tankers every day.

Earlier this month, HMS Montrose positioned itself between a British tanker and three Iranian gunboats after the tanker was ordered to sail into Iranian waters. The ship was credited with having prevented a hijacking, or worse. The Iranian government denies the failed ambush took place.

HMS Kent is a Type 23 Frigate of the Royal Navy, one of the workhorses of the fleet capable of roles from front-line warfighting down to low-intensity asymmetric operations. She recently completed a refit period which included installation of the new Sea Ceptor missile, an anti-air defence system.

The ship arriving in the Gulf will not increase the overall British commitment of first-rate ships to the region, however, as she will be relieving HMS Duncan, an air defence destroyer herself only deployed last week. The Portsmouth News — the local newspaper for HMS Duncan’s homeport — reported yesterday on an attempted Iranian attack on the destroyer after an unmanned, radio-controlled “bomb boat” was spotted being navigated into the path of the ship in the Gulf.

The RFA Wave Knight is a fleet tanker that will support the British deployment to the region by resupplying ships with fuel, food, and water. The tanker is one of a fleet of 11 support craft — ships generally several times larger than the warships they refuel — which allow the Royal Navy to remain continuously deployed for months at a time in hostile areas without having to return to base for resupply.

In addition to the frigate and destroyer, other British ships in the region include RFA Cardigan Bay and four mine countermeasure vessels. Clearing mines is an essential task in a contested narrow passage of water like the Strait of Hormuz, and U.S. national security adviser John Bolton said in May that the attacks on two oil tankers in the region was “almost certainly” committed by Iranian sea mines.

The confirmation of the deployment follows the Royal Navy announcing — in a feat of perfect timing, considering the increased risk of attacks by small, fast-moving craft by Iran — the success in testing out a new ship-based weapons system specifically designed for defeating small, fast-moving craft. Using the same supersonic Martlet missiles developed for naval helicopters to take out small surface targets easily, the launcher was developed to bolt directly onto the side of existing 30mm guns, making the rollout fast and easy for ships.

The weapons engineering officer of HMS Sutherland, the British Frigate of the same type of the others deployed to the Gulf already on which the new weapon was tested, said of the development: “The current defence against fast inshore attack craft, the 30mm gun, is highly effective for closer range engagements.

“By adding the missile to the gun mount it is anticipated it will extend the reach of the ship’s defensive systems – key to successful defence against fast craft using swarm attack tactics.” 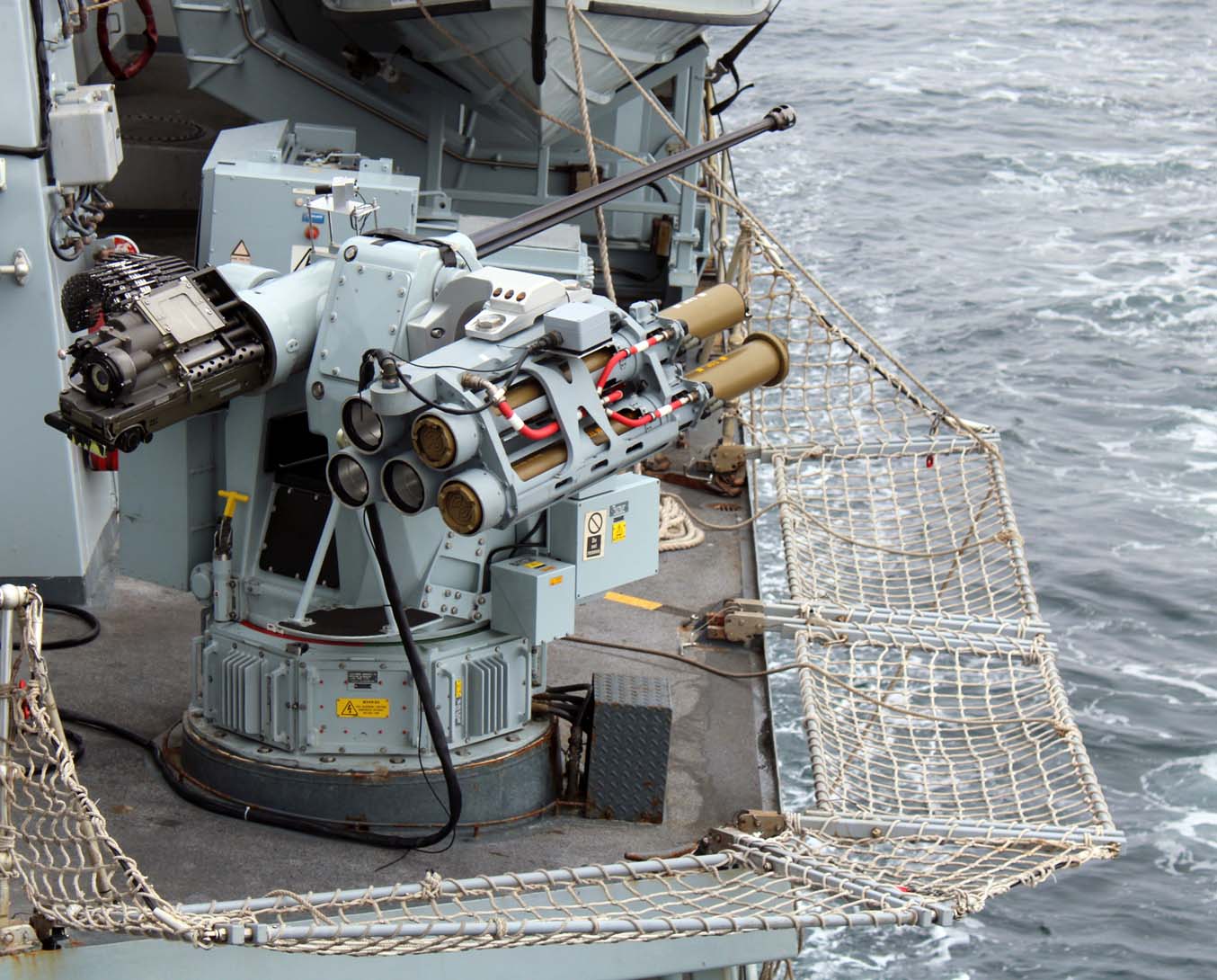