PARIS (AP) – Former French President Jacques Chirac was given full military honors on Monday as past and current world leaders gathered in Paris to attend his final service.

On a mild, sunny morning, French President Emmanuel Macron cut a solemn figure as he presided over the ceremony near the site of Napoleon’s tomb in the courtyard of Les Invalides. A military band played the national anthem, “La Marseillaise,” before Macron inspected the troops. Chirac’s casket, covered with a Tricolor flag, was then carried to the center of the courtyard. 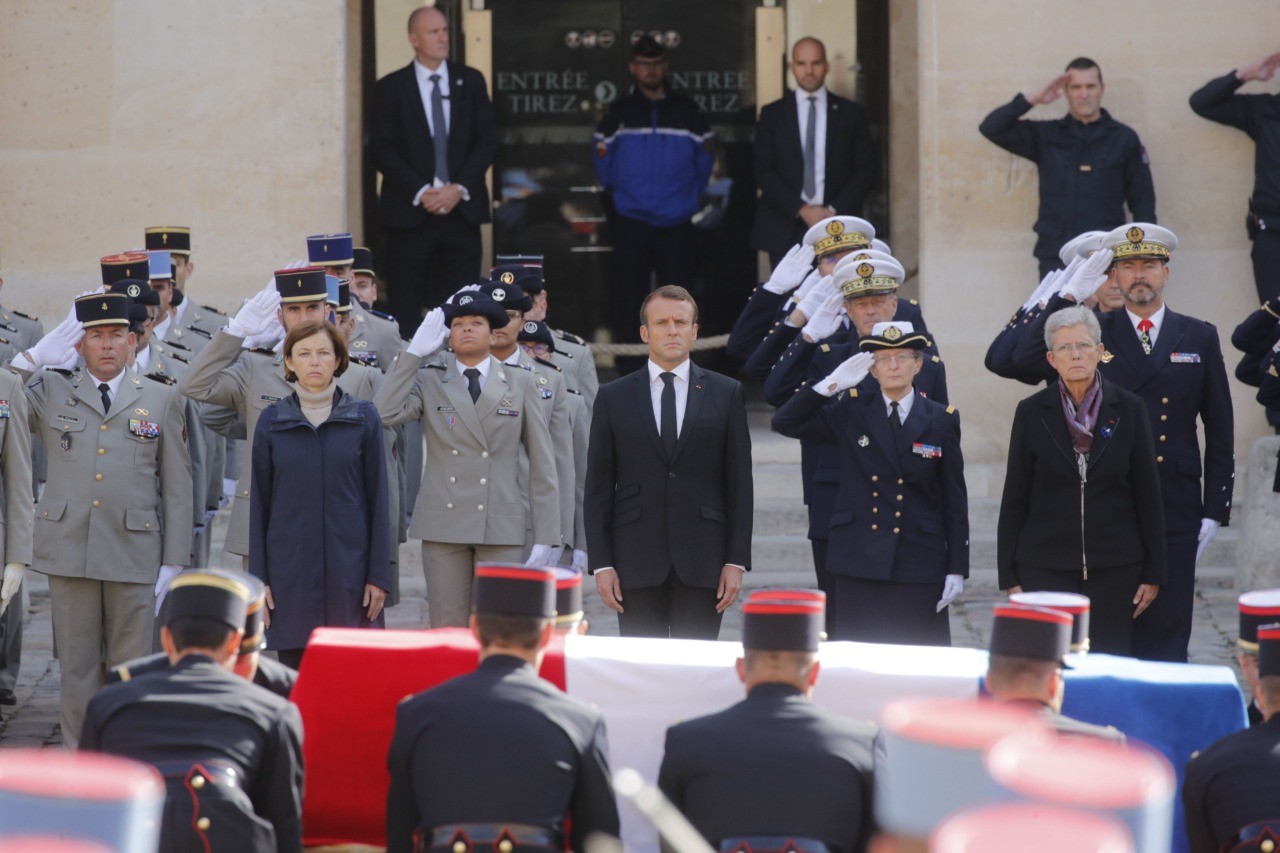 A private funeral will take place later at the Montparnasse cemetery.

A private family church service for Chirac was celebrated prior to the military tribute and a minute of silence was being held in schools and public buildings across the country Monday on France’s national day of mourning for its former leader.

A mainstay of French politics over four decades, Chirac served as Paris mayor, a lawmaker, prime minister and France’s president from 1995 to 2007. The last French head of state to complete two terms in office, Chirac died Thursday at age 86.

Known for championing the nation’s sense of its own grandeur, Chirac is being remembered fondly despite political failures and a 2011 corruption conviction from actions during his nearly two decades as mayor of Paris. As president from 1995-2007, he was a consummate global diplomat but failed to reform the French economy or defuse tensions between police and minority youths that exploded into riots across France in 2005.

Once nicknamed “Super Liar,” his popularity soared after he left office. Thousands of mourners paid him tribute Sunday at Les Invalides, where his body lay in state on the eve of the memorial service. Mourners also gathered early outside the Church of Saint-Sulpice ahead of Chirac’s final service.

“He was a great man who had an absolute fantastic class in all circumstances,” said one member of the public, Nadine Prevost. “He knew how to speak to everyone with a simplicity and a grandeur and that’s what made for the richness of his contact.” 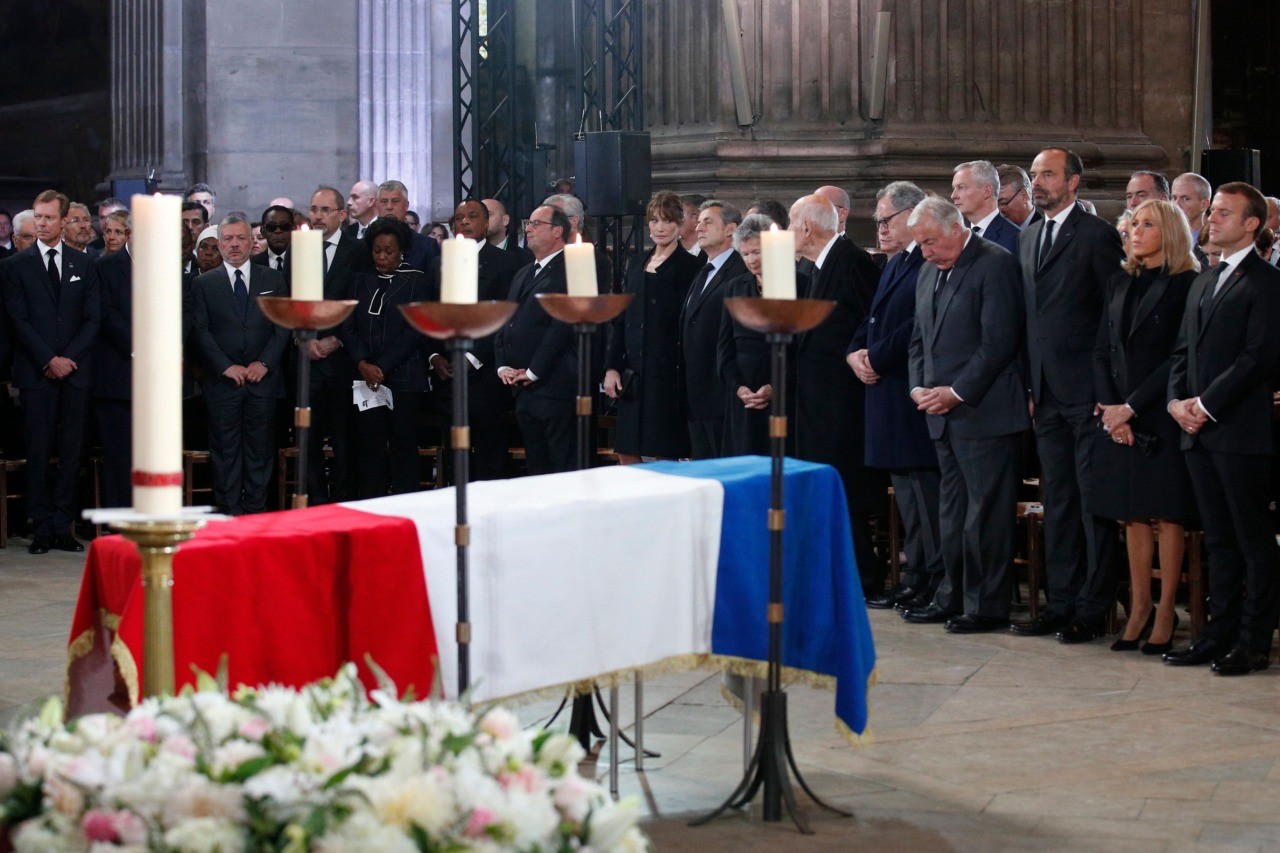 French President Emmanuel Macron (R) and his wife Brigitte (2nd R) and other French officials attend the funeral service of late French president Jacques Chirac at the Saint Sulpice church in the French capital Paris on September 30, 2019. – Past and current heads of states are gathering in Paris to pay tribute to former French president whose high-profile political career spanned three decades capped by 12 years as president from 1995-2007, and who died on September 26, 2019, at the age of 86 in Paris. (Photo by Francois Mori / POOL / AFP) (Photo credit should read FRANCOIS MORI/AFP/Getty Images)