The United Kindom Parliament is reopening Monday after a short suspension, the new session being commenced with colourful traditional ceremonies and a speech by the monarch.

Monday’s ceremonies which include a horse-drawn procession from Buckingham Palace to the Palace of Westminster for Her Majesty the Queen escorted by mounted soldiers of the Brigade of Guards are the buildup to the Queen’s speech, which is delivered by the Monarch but written for her by the government.

Normally such speeches lay out the plan of the government of the day for the coming years, however, this speech comes days before the official set date for Britain leaving the European Union, and it is presently expected the country will soon be facing a general election. Nonetheless, the suspension enacted six days before on Tuesday evening ended the longest Parliamentary session in the history of the United Kingdom, the next longest having taken place in the 17th century, before the union of England, Scotland, and Ireland.

Parliament has been ‘debating’ the Queen’s Speech ahead of a vote, engaging in the usual acrimonious back-and-forth that has become normal in post-Brexit Britain. Opposition leader and aspirant Prime Minister Jeremy Corbyn didn’t pull any punches over his dislike for the government’s proposed programme, even going so far as to use the European Arrest Warrant (EAW) to attack the Prime Minister’s plan to take Britain out of the European Union.

The EAW is, in essence, a Europe-wide extradition treaty which allows foreign courts to demand law enforcement agencies in other nations hand over individuals without having to go through the usual process of proving to a court in that country there is a reasonable cause to arrest and transfer the individual. Given the differing levels of scrutiny, burdens of proof, and even corruption in law enforcement systems accross Europe, the EAW has been the subject of protracted criticism by those who see it as an affront to human rights.

Among those critics was Jeremy Corbyn himself, who the UK Parliament’s own records show used to campaign against it. Now he’s criticisng the Prime Minister for taking Britain out of it — when did he change his mind? Read more at Breitbart London 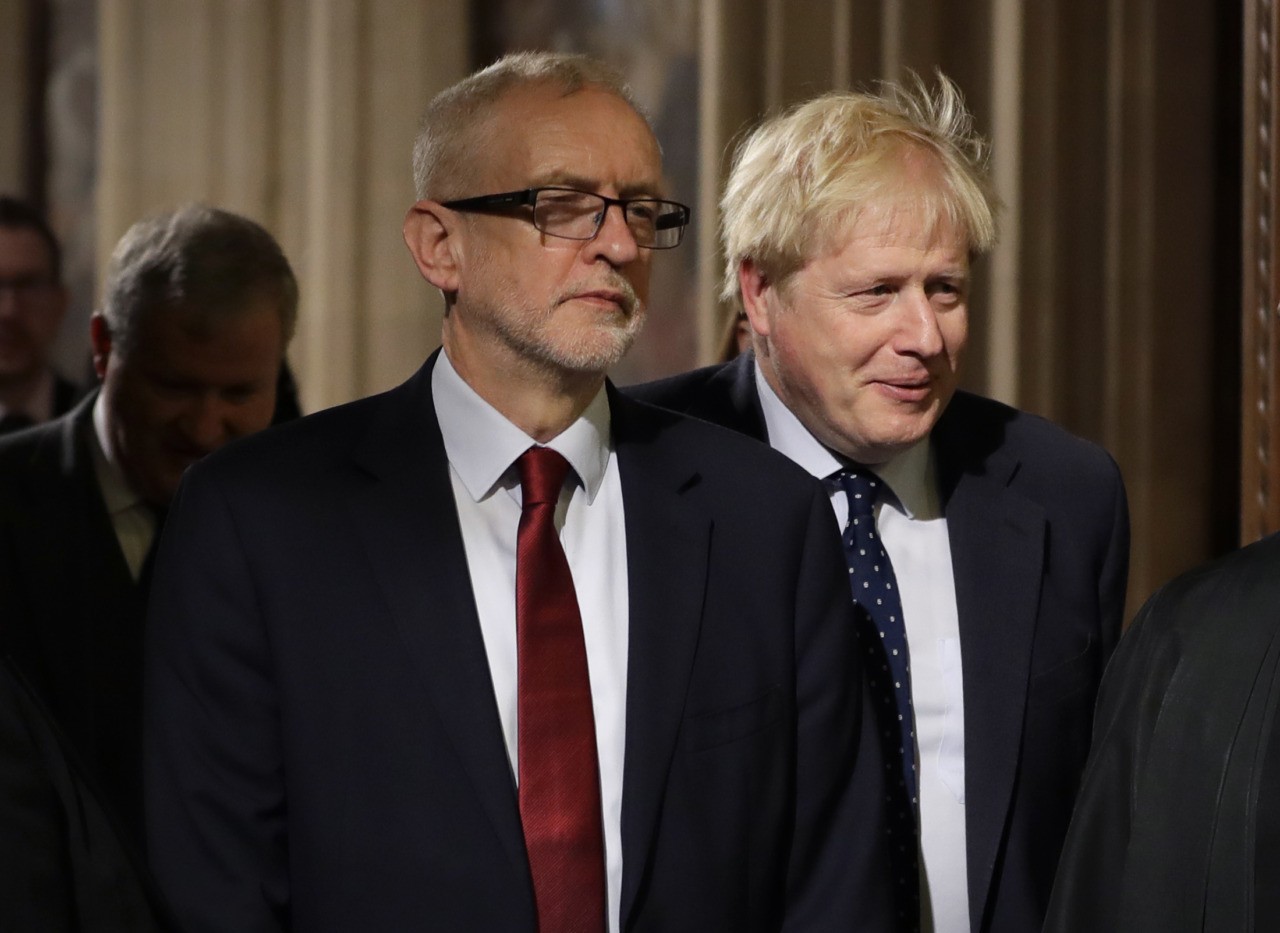 Update 1330: A Queen’s Speech is all very well and good, but can the government deliver?

A Queen’s speech — being a statement of intent by the government — is followed by a vote in the house, where Members of Parliament decide whether they endorse the programme of laws or not. This would normally pass with ease, as governments tend to have working majorities — not this time, where the Prime Minister is nearly 50 members short.

Normally, the government would likely have already collapsed or disolved itself with a general election — but these are nor ordinary times and it suits the opposition to keep the government in place to use as a sort of punching bag. Likewise, should a Queen’s speech be defeated in the Commons — very unusual in of itself — this would normally lead directly to a general election. Again, the powerful shadow government the opposition parties are slowly becoming will likely block that as well.

This powerlessness is well illustrated by the revelation that rebel members are planning to bring a Brexit deal before the house independently of the government, a quite extraordinary development. Read more at Breitbart London.

As expected, a considerable part of the speech is dedicated to law and order. While drugs gangs and rising violent crime on the streets are not specifically mentioned, the intent is clear, with the government promising harsher sentences for serious offenders. Extra powers for police officers are also promised.

My government is committed to addressing violent crime and to strengthening public confidence in the criminal justice system. New sentencing laws will see that the most serious offenders spend longer in custody to reflect better the severity of their crimes. Measures will be introduced to improve the justice system’s response to foreign national offenders.

My government will work to improve safety and security in prisons, and strengthen the rehabilitation of offenders…  Laws will be introduced to ensure that the parole system recognises the pain to victims and their families cause by offenders refusing to disclose information relating to their crimes.

…Police officers will be provided with the protections they need to keep the population safe. They will also be awarded the power to arrest individuals who are wanted by trusted international partners.

The reference to offenders refusing to disclose information is an oblique nod to what is called Helen’s Law, whereby offenders who don’t tell police where they have hidden the bodies of their victims would be refused parole. The law is named for murder victim Helen McCourt, who disappeared in 1988. While her killer Ian Simms was convicted after the girl’s blood and one of her earrings was found in the boot of his car, he has refused to disclose where he put her body, claiming to be innocent of the crime.

Expect the government to fight the next general election on a law and order ticket, besides Brexit. 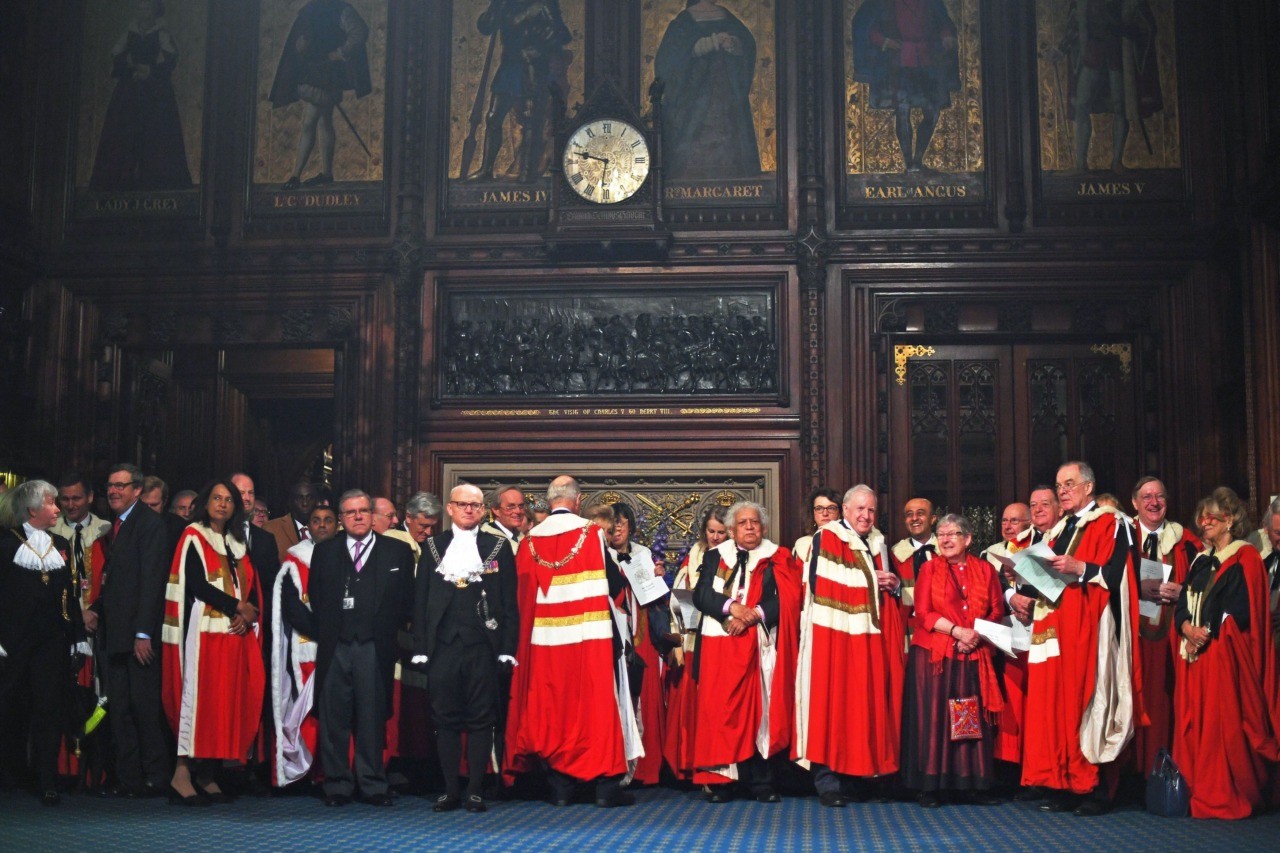 Perhaps unsurprisingly, the speech has started with the government reaffirming that they remain determined to take Britain out of the European Union. While the speech is delivered by the Queen, it is written on her behalf by the government and part of the ceremony of the day is a representative of the government in gold-edged robes handing the speech to the Queen as she sits on the throne, ready to be read out. 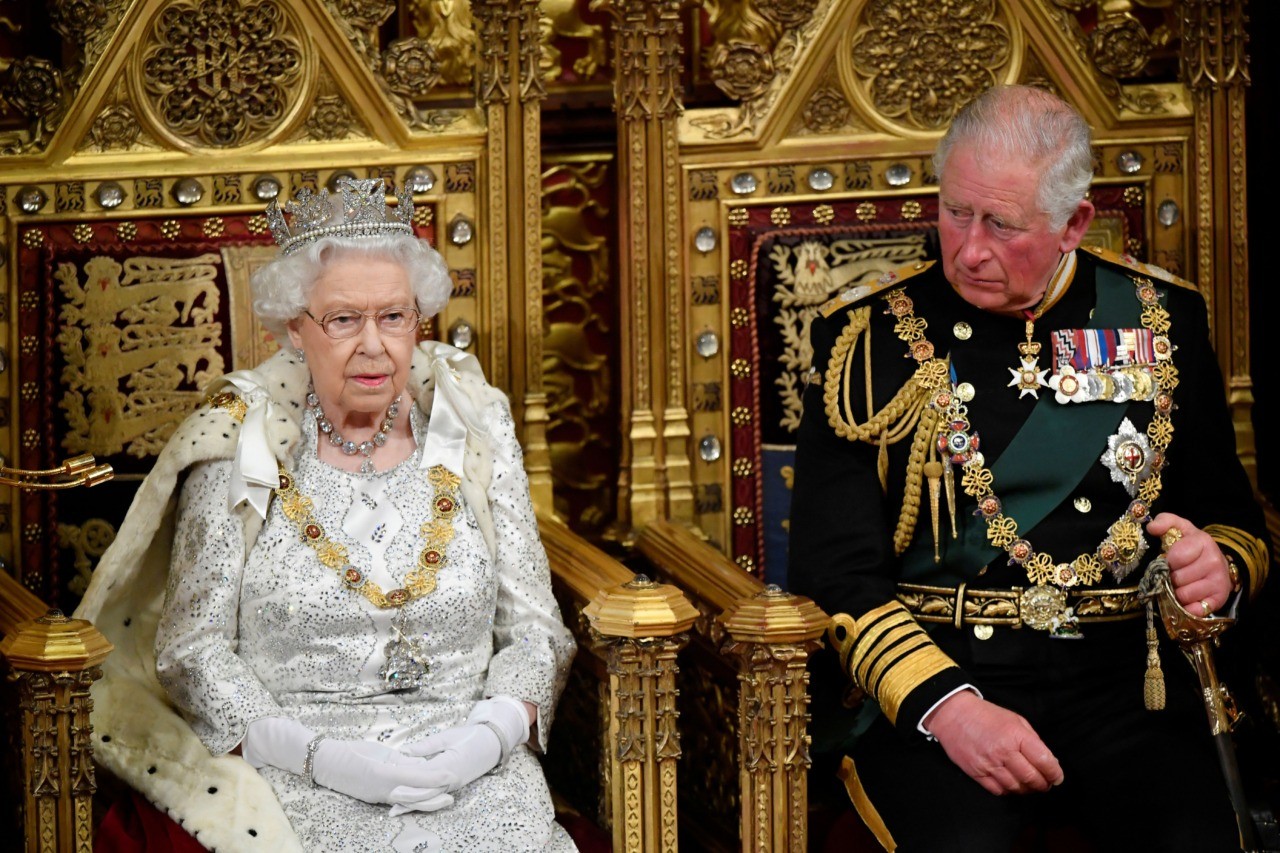 “A new immigration bill ending free movement will lay the foundation for a fair, modern, and global immigration system. My government remains committed that resident European citizens who have spent their lives in, and contributed so much to the European Union have the right to remain…”

While reform of Britain’s immigration system is badly needed, there are concerns the exact form being embarked upon by the government for a post-Brexit system falls below the standard the nation needs. Breitbart London reported the remarks of Migration Watch in January which noted the government has “literally no measures to reduce net migration” and the new migration rules would likely allow arrivals to actually rise after Britain leaves the European Union.

Potentially a risky position to take before an election. 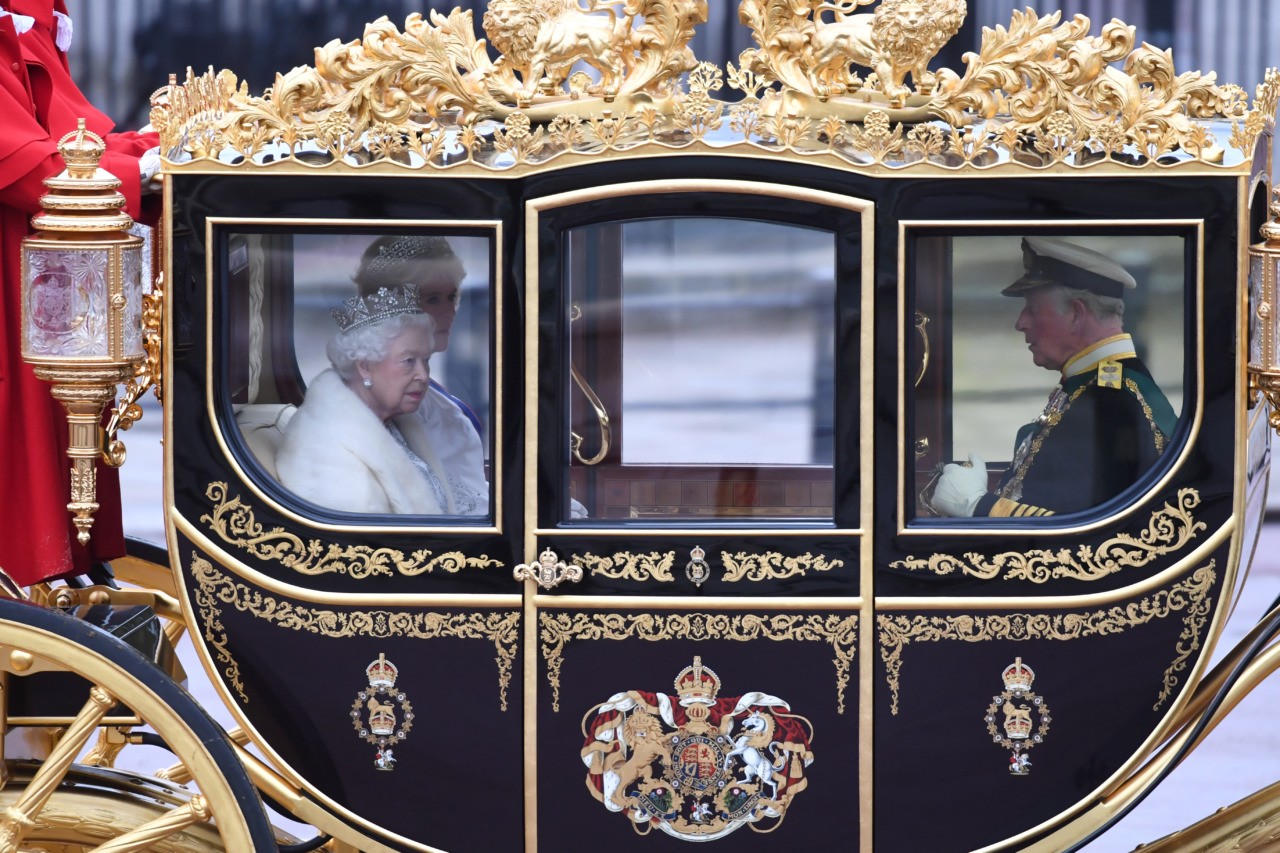 LONDON, ENGLAND – OCTOBER 14: Queen Elizabeth II, Prince Charles, Prince of Wales and Camilla, Duchess of Cornwall are transported in a carriage along The Mall ahead of the State Opening of Parliament at the Palace of Westminster on October 14, 2019 in London, England. The Queen speech is expected to announce Plans to end the free movement of EU citizens to the UK after Brexit, New laws on crime, health and the environment. (Photo by Chris J Ratcliffe/Getty Images) 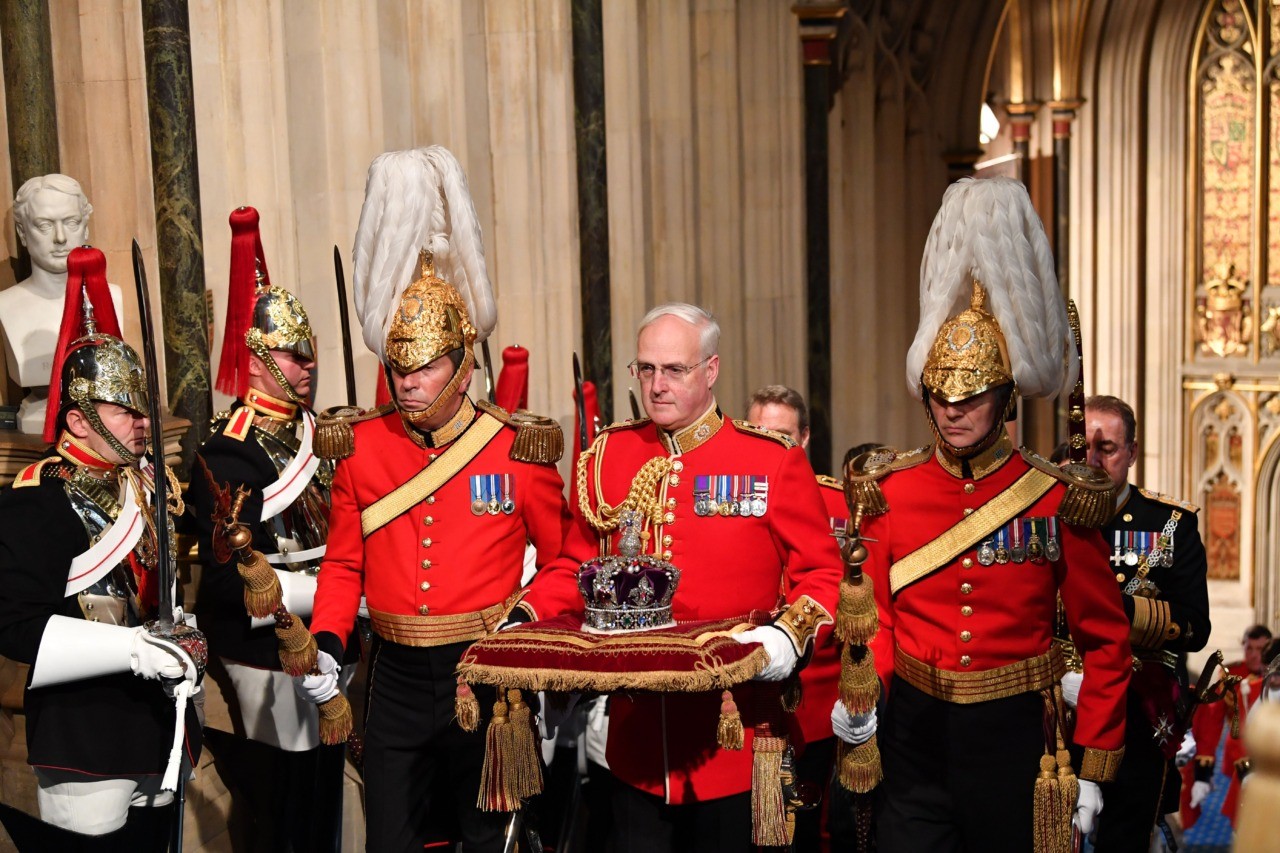 While the exact content of the Queens Speech is not known to the public before it is made, the government tends to give advance notice of certain particular topics of importance to them to the press. In this case, the government of Boris Johnson — who may be using this speech as an advanced version of his election manifesto — has been heavily trailing the law and order aspects of the speech.

While Britains withdrawal from the European Union — Brexit — has been the foremost political matter in the United Kingdom for up to four years, other issues have been able to break the surface, with rapidly rising crime levels standing among the first of those. While the surge in violent crime has been disproportionately felt in London, where policing comes under the responsibility of the directly elected Mayor — presently Labour’s Sadiq Khan — the emergence of so-called ‘County Lines’ drug gangs has exported this rising tide of violence to the rest of the country.

Boris Johnson has already signalled his intention to make fighting County Lines drugs gangs part of his policy platform, commencing the recruitment of 20,000 extra police officers, and touching on the subject in his Conservative Party conference speech. While he said he intended his government to fight the gangs themselves, the Prime Minister gave his harshest words for their customers, slamming middle class “bourgeoisie” cocaine users for fuelling the drugs trade that was killing children on Britain’s speech.