The preparations for the traditional British celebration of November 5th with bonfires and fireworks suffered a setback in the English town of Edenbridge after their 36-foot wooden model of anti-Brexit Speaker of the House of Commons John Bercow lost his head in the wind.

In the United Kingdom, the November 5th anniversary of the foiling of a 1605 plot to kill the King by blowing up Parliament is traditionally marked with public bonfires.

It is also traditional to burn an effigy of gunpowder plotter Guy Fawkes, although some towns go further than most. Edenbridge in South East England has hit global headlines for years by burning enormous effigies of controversial public figures — and this year has selected House of Commons speaker John Bercow. 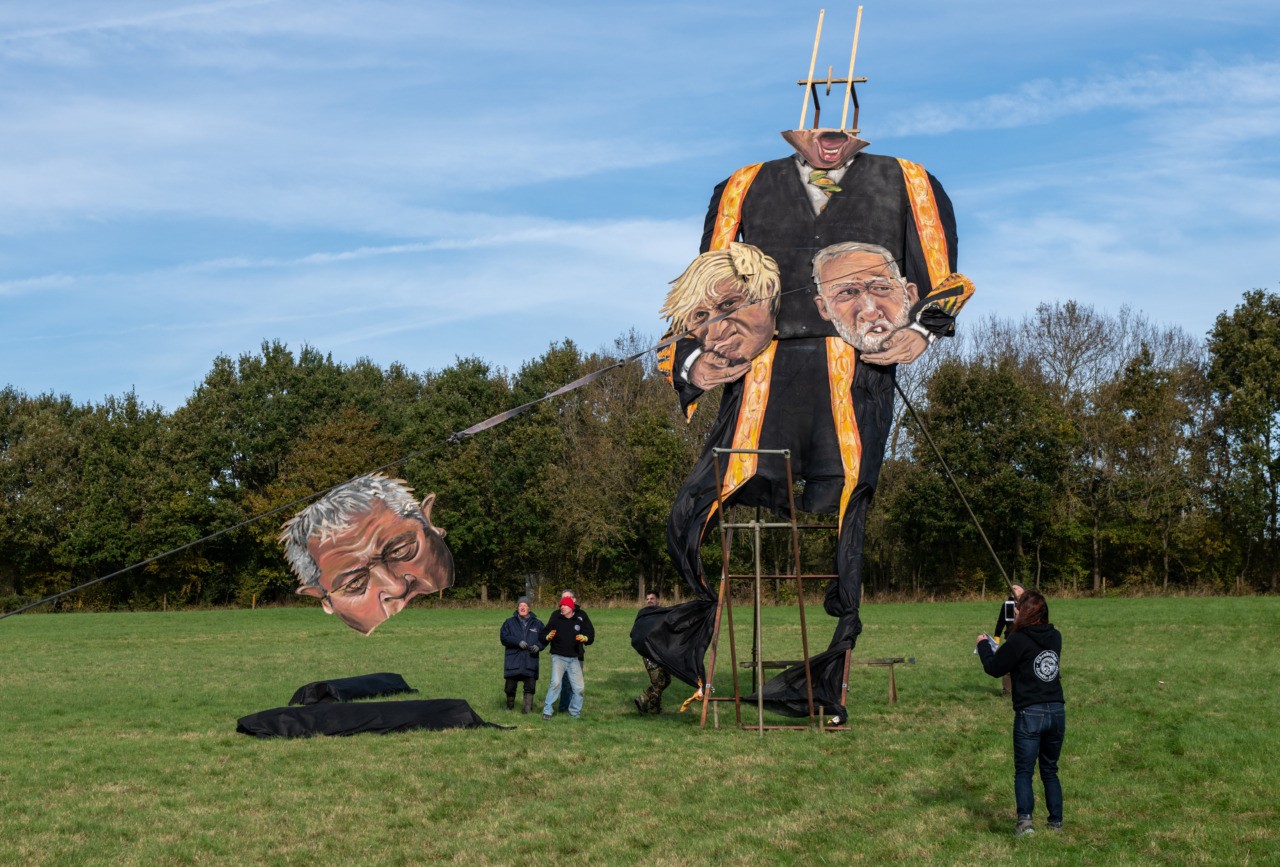 EDENBRIDGE, ENGLAND – OCTOBER 30: The Edenbridge Bonfire Society’s 2019 ‘Celebrity Guy’, Speaker of the House of Commons John Bercow, breaks off in the wind during the unveiling on October 30, 2019, in Edenbridge, England. The 11-metre tall effigy, created by artist Andrea Deans, depicts Mr Bercow holding the heads of British Prime Minister Boris Johnson and Labour Party leader Jeremy Corbyn. It will be set on fire on November 2 as part of bonfire night celebrations. (Photo by Chris J Ratcliffe/Getty Images) 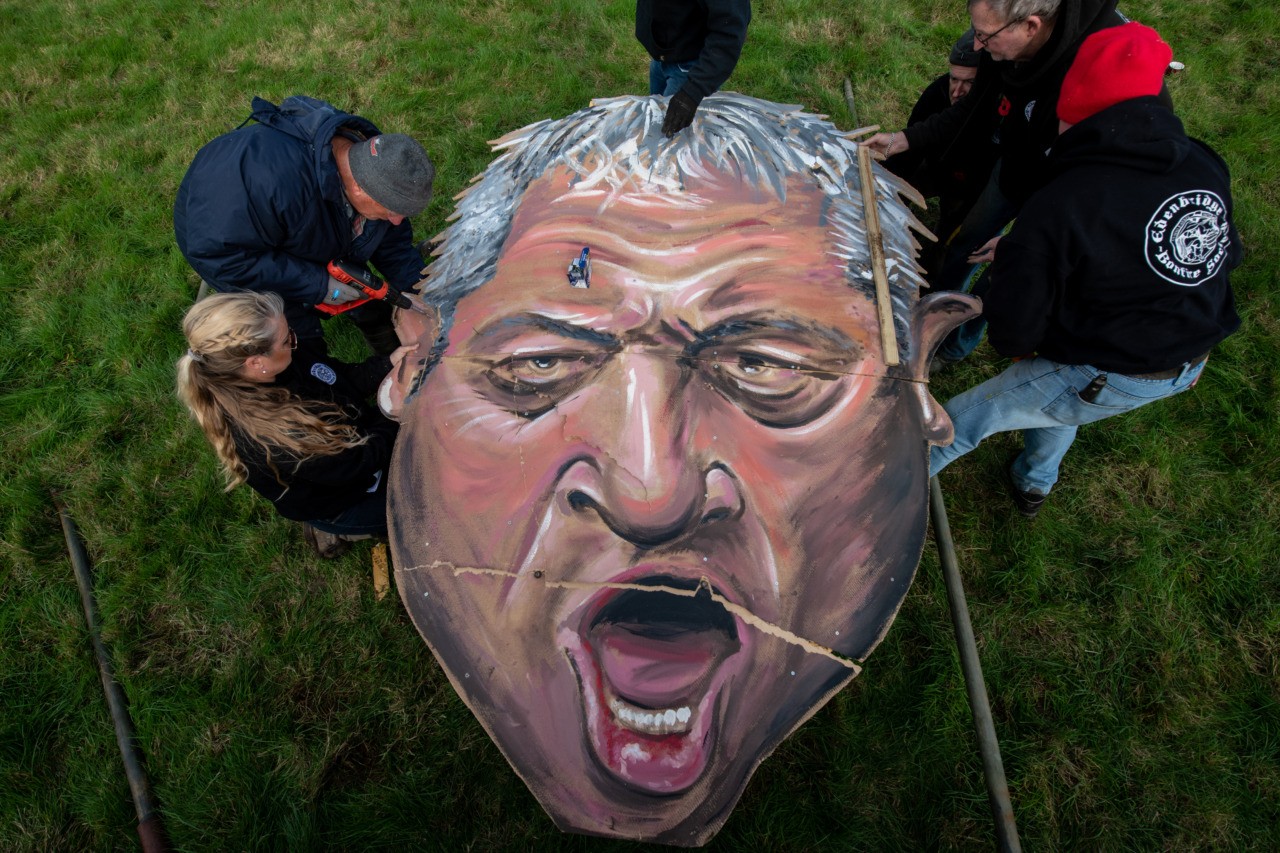 EDENBRIDGE, ENGLAND – OCTOBER 30: The Edenbridge Bonfire Society’s 2019 ‘Celebrity Guy’, Speaker of the House of Commons John Bercow, is repaired after it broke off in the wind during the unveiling on October 30, 2019, in Edenbridge, England. (Photo by Chris J Ratcliffe/Getty Images)

Mr Bercow has marked himself out in the traditionally strictly neutral role of speaker by making himself an activist in the ongoing Brexit debate, a position for which he has been repeatedly criticised. The extent of his interference was such that Tory MPs were moved to break with convention themselves by springing a plot to unseat the speaker, protected by tradition to preserve the neutrality of the post. The plot was eventually headed off by Mr Bercow announcing his retirement.

The giant wooden effigy shows the controversial speaker in his ceremonial robes — largely abandoned by the modernising Bercow during his term — while cradling the severed heads of Boris Johnson and Jeremy Corbyn. It was damaged during erection on Wednesday by winds that pulled Mr Bercow’s head off.

The effigy will be stuffed with fireworks and ignited before a crowd of thousands of spectators on the 2nd, the closest Saturday to November 5th. 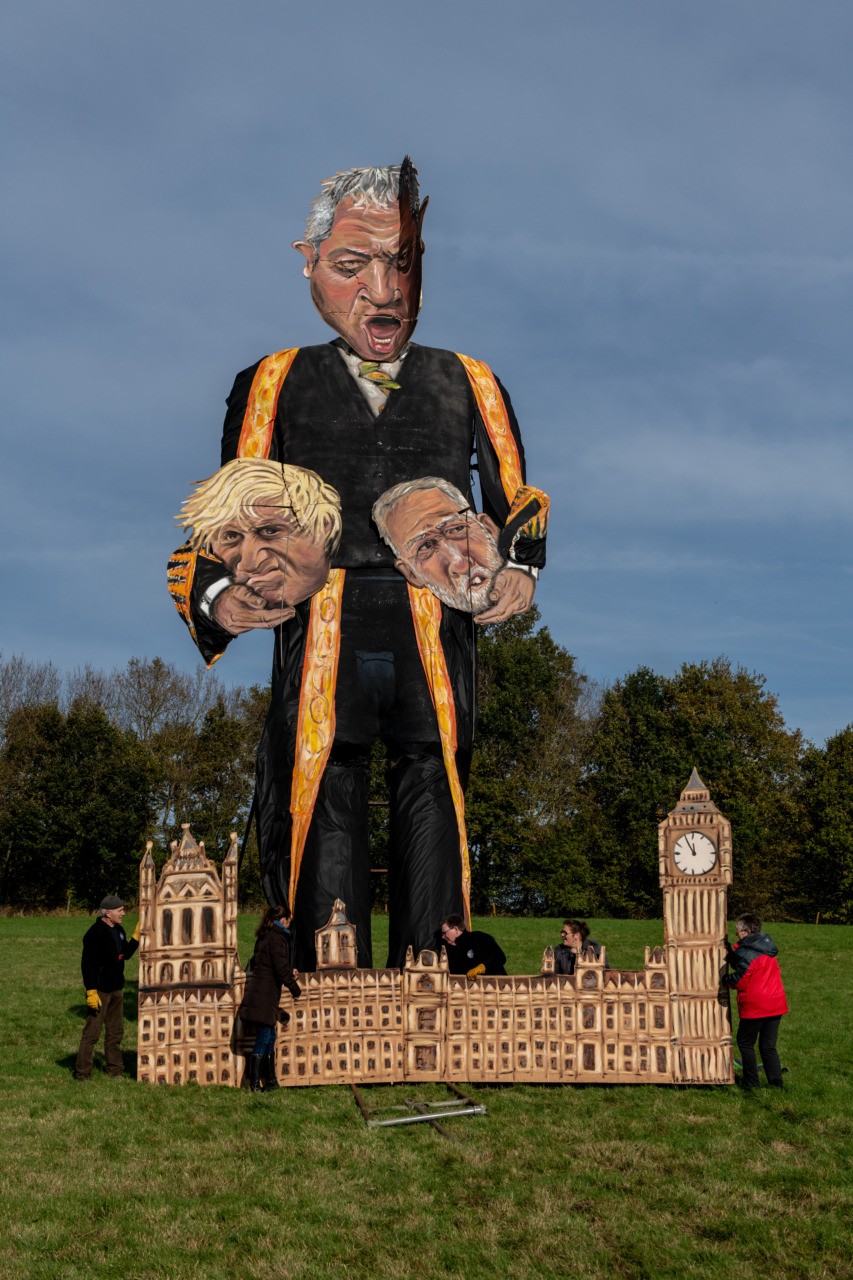 EDENBRIDGE, ENGLAND – OCTOBER 30: The Edenbridge Bonfire Society’s 2019 ‘Celebrity Guy’, Speaker of the House of Commons John Bercow, is erected after initially breaking during the unveiling on October 30, 2019, in Edenbridge, England.  (Photo by Chris J Ratcliffe/Getty Images)

In previous years, Edenbridge has poked fun at other figures including Boris Johnson in his cycling gear in 2018, an almost-naked Harvey Weinstein in 2017, and President Trump holding the severed head of Hillary Clinton in 2016.

Other British towns mark November 5th in different ways. In Northern Ireland, celebrations are marked a few days later by unusually massive bonfires. In Lewes in Sussex, a series of competing societies vie to outdo each other with the largest burning displays. While in Ottery St Mary in Devon, huge burning barrels are carried through the streets.

Such is the popularity of such events the organisers and police tend to actively discourage people from attending, as overcrowding and large fires have raised concerns about potential accidents. At Lewes, train services to the town are shut down for the evening to make it more difficult to attend, while in Ottery St Mary large signs reading “you are here at your own risk” are erected in the town as a warning.

Inevitably, the warning signs — created in the style of ordinary British street signs — have become part of the lore of the event, with organisers selling keyring and pin-badge replicas of the famous signs to raise money to help cover the high insurance costs to cover the event. 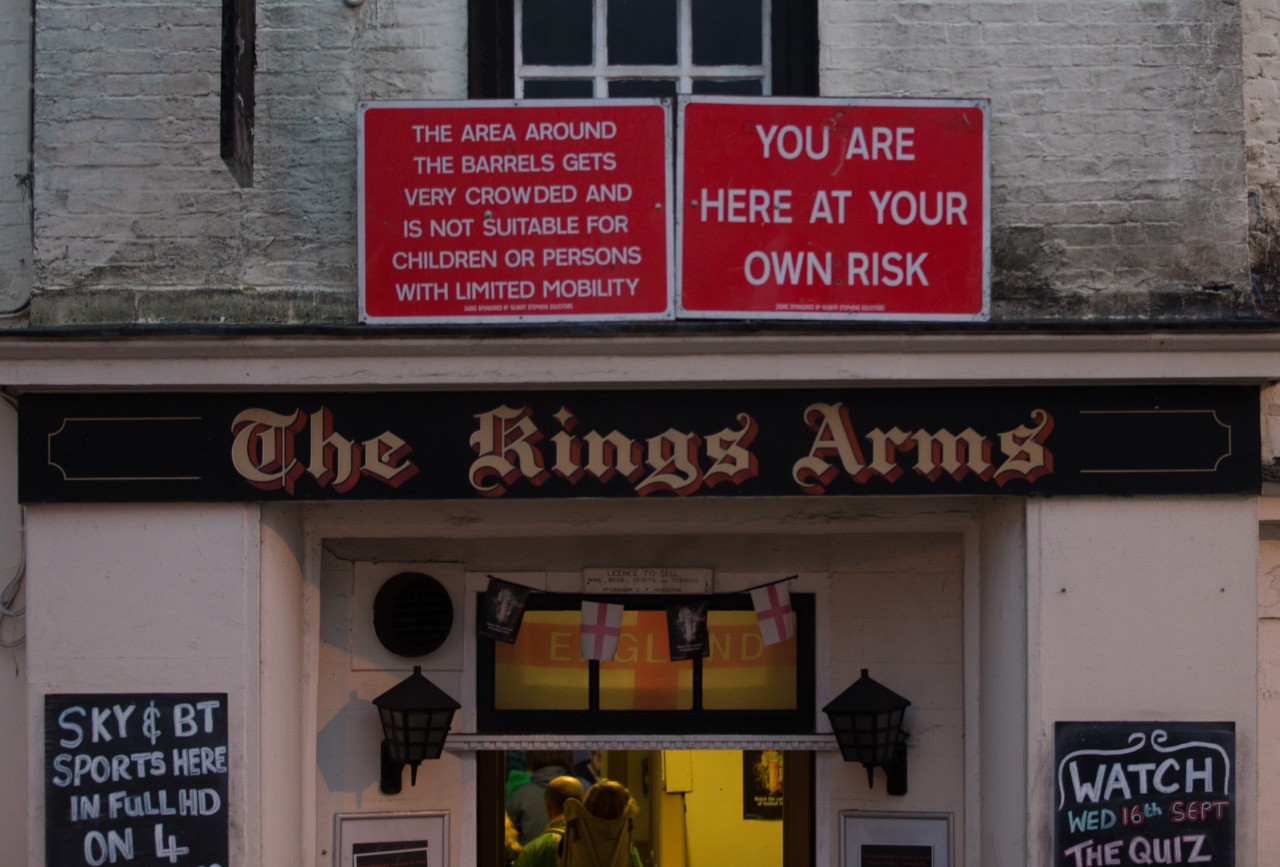 OTTERY ST. MARY, ENGLAND – NOVEMBER 05: A sign is displayed outside a pub at the annual Ottery St Mary tar barrel festival on November 5, 2015, in Ottery St. Mary, England. The tradition, which is over 400 years old, sees competitors (who must have been born in the town to take part) running with burning barrels on their backs through the village, until the heat becomes too unbearable or the barrel breaks down, starting with junior barrels carried by children and continuing all evening with ever larger and larger barrels. The event, which has been threatened with closure on previous years due to increasing public liability insurance costs, raises thousands of pounds for charity and attracts spectators from around the world. (Photo by Matt Cardy/Getty Images)