A U.S. citizen is among the infected on a large cruise liner carrying 3,700 passengers and crew which has been placed into quarantine in Japan after an outbreak of the deadly Coronavirus onboard.

Testing began on board the Diamond Princess after a passenger who had cruised in January fell ill after returning home, raising fears he may have been incubating Coronavirus and infecting other passengers while onboard. These fears have now been confirmed after testing of 300 of the 3,700 passengers and crew, finding ten to have been infected.

Three Japanese citizens, three Hong Kongers, two Australians, one Filipino, and one U.S. traveller are reported to have been infected so far.

The ship has now been quarantined at the port of Yokohama in Japan, where passengers have been confined to their cabins for two weeks, which is thought to be the incubation period for the virus, reports the BBC. More passengers and crew are being tested, which may lead to further cases of the infection being detected. 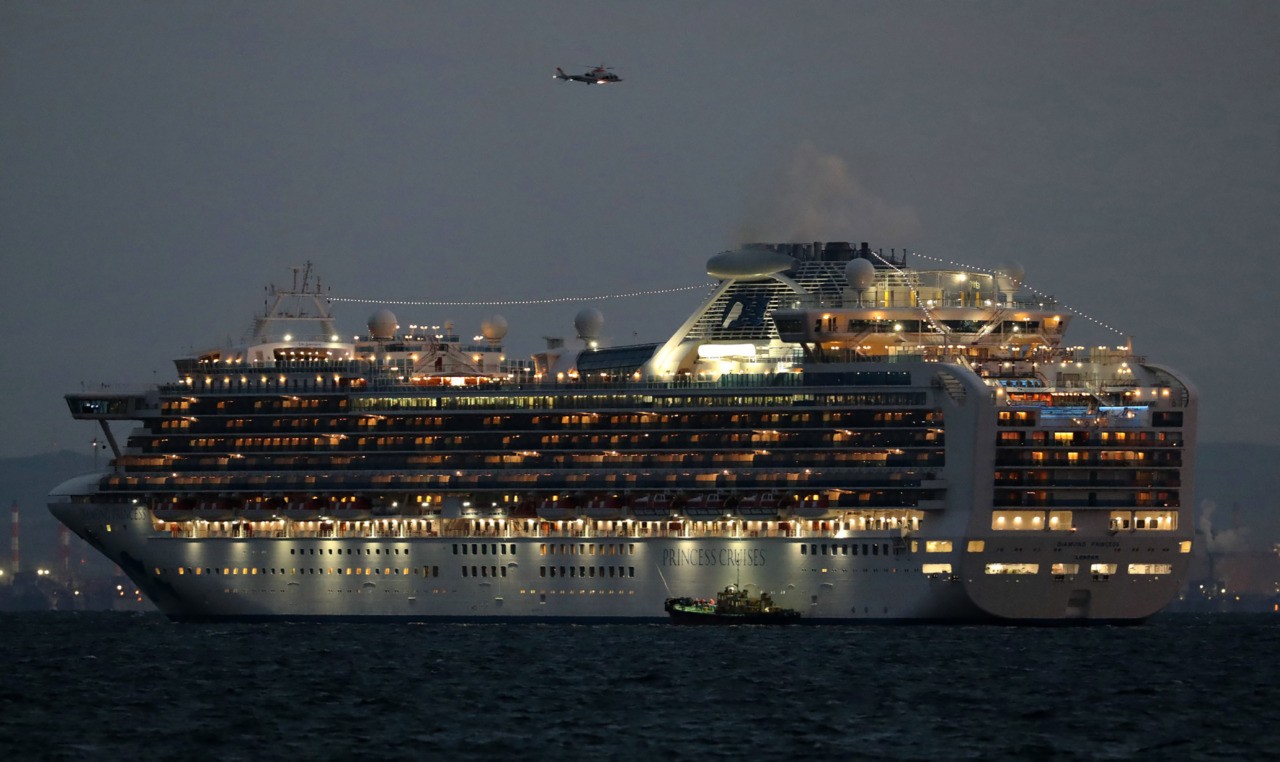 A small boat is pictured next to the Diamond Princess cruise ship with over 3,000 people as it sits anchored in quarantine off the port of Yokohama on February 4, 2020, a day after it arrived with passengers feeling ill. (Photo by STR/JIJI PRESS/AFP via Getty Images)

While ten people have so far found to be infected, that is from just 31 completed tests, the others not having yet come back from the labs. The rate of infection, if constant throughout all those tested so far when further results come in, would make the Diamond Princess the largest outbreak of the virus outside of China.

Concerningly for the potential spread of the disease, between the disease now having known to have been on the ship in January and it being discovered this month, it also made port calls in Taiwan, Vietnam, and other Japanese cities.

Those already found to have been infected onboard were stretchered off the ship on Tuesday, covered in white sheets to protect their privacy, onto a coast guard ship which then too them ashore for treatment at a hospital.

A second, smaller ship has also been quarantined in Hong Kong while tests are performed on those on board, and those two follow a third that was quarantined in Italy last week over Coronavirus fears.

While the owners of Diamond Princess acted swiftly to control the spread of the virus onboard once its presence became known, the tactics employed may have put lives at risk, according to allegations published in the British newspaper The Times. It cites the testimony of a British passenger on board, who said because of fears Coronavirus may have infected the ship’s kitchens, all food preparation was suspended for 18 hours.

UK citizen and Diamond Princess passenger David Abel, who is diabetic, said without food he was unable to regulate his blood sugar levels and was hours away from slipping into a coma. Mr Abel made an appeal to the cruise operator on Facebook, which resulted in concerned friends and members of the public calling the company directly to plead on his behalf. He was subsequently brought bread and butter.

Up to 100 other passengers have reported needing non-Coronavirus related medicines.