The British government has declared Coronavirus a “serious and imminent threat”, a classification which gives the secretary of state for health emergency powers to detain people suspected of being infected, as four more cases emerge.

Until now, the roughly 250 Britons quarantined at two hospitals after arriving back into the United Kingdom from China have been in isolation voluntarily on the advice of the government. But With the declaration “that the incidence or transmission of novel Coronavirus constitutes a serious and imminent threat to public health”, the hospitals in the UK become legally recognised as “isolation” areas, the Department of Health said in a statement.

This means the government can now keep people in isolation “for their own safety”, even if it is against their will, a spokesman for the department said.

State broadcaster the BBC reports this change in stance from the government came as one individual in the Wirral quarantine hospital was planning to leave against the advice of doctors before his two week incubation period isolation was complete. The Secretary of State for Health Matt Hancock declaring Coronavirus a “serious and imminent threat” permits the government to detail that individual and others to prevent the spread of the disease. 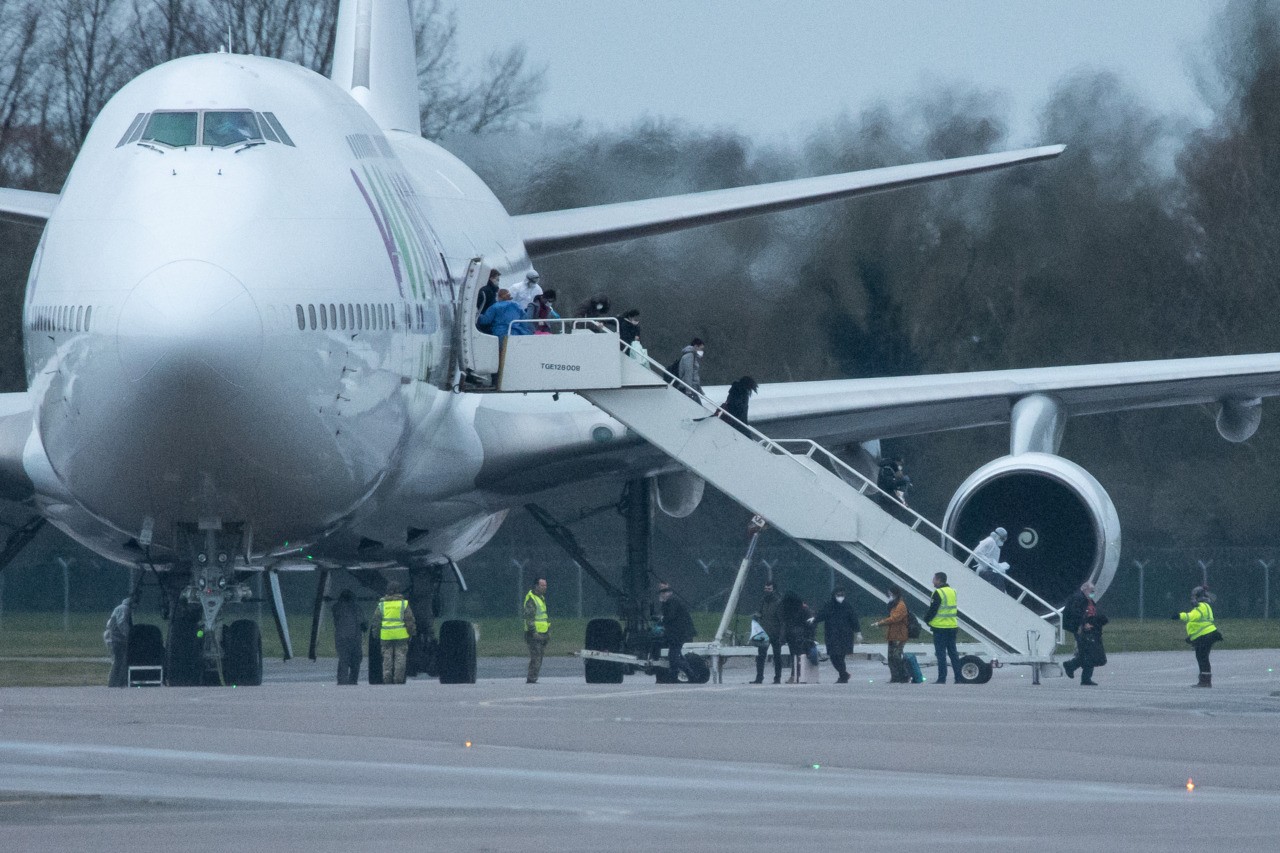 BRIZE NORTON, ENGLAND – FEBRUARY 9: People in protective suits assist passengers as they disembark from a plane, carrying 150 Britons who were trapped in Wuhan following a Coronavirus outbreak, after landing at RAF Brize Norton from China on February 9, 2020 in Brize Norton, England. British citizens who arrived from Wuhan on two previous repatriation flights from Wuhan are quarantined at Arrowe Park Hospital on the Wirral. Coronavirus started in Wuhan in the Hubei Province of China and has spread to two dozen countries worldwide with three confirmed cases in the UK. (Photo by Leon Neal/Getty Images)

The government statement claimed the move is “considered as an effective means of delaying or preventing further transmission of the virus.”

Despite kicking up the classification of Coronavirus up a notch to serious and imminent, the overall threat level to the public issued by the government remains at “moderate”, while risk to individuals is “low”. When these threat levels were set in January, the Chief Medical Officer said in a statement that “This does not mean we think the risk to individuals in the UK has changed at this stage, but that government should plan for all eventualities.”

These developments come as another four UK cases of Coronavirus were announced Monday morning, bringing the national total to eight. There have been no UK fatalities from the virus.

Seven of these cases so far have been infected by one person, the eight patient who has been dubbed a “super spreader”. The so-called super spreader is a UK businessman who caught Coronavirus in Singapore before passing it on to seven other people on a ski holiday in France before returning to the United Kingdom, at which point he began to show symptoms.

British newspaper The Daily Telegraph reports UK health authorities are attempting to track anyone who “two metres of him for more than 15 minutes in the two weeks before his diagnosis”. The ski resort where the man stayed has been quarantined.