The declaration was agreed upon by 18 countries attending the two-day conference, with Nehammer saying the agreement was contrary to his own expectations.

“With this, we can today announce not only constructive talks but also a political agreement,” Nehammer said.

The new declaration will see closer cooperation on illegal migration and illegal smuggling between the countries represented at the conference, such as Germany, Greece, and Croatia. It will be coordinated through a new office located in Vienna, Kronen Zeitung reports.

“We need effective protection of the EU’s external borders, we are all partners in border security,” Nehammer said.

German Interior Minister Horst Seehofer, who also attended the conference, warned of the increasing pressures along the Balkan migrant route. He said: “Migration on the West Balkan route is increasing, and the state of disorderly migration must be ended.”

As part of the declaration, the countries involved have agreed to not only intensify cooperation against illegal migration but also process asylum applications more rapidly and increase deportations of those rejected for asylum or residence permits.

The full scope of the new office will be detailed in another conference scheduled to take place in the Autumn.

While Greece has largely seen a decline in illegal migration since Turkey closed the border due to the Wuhan coronavirus outbreak, other countries such as Italy have seen a recent surge in new migrant arrivals. 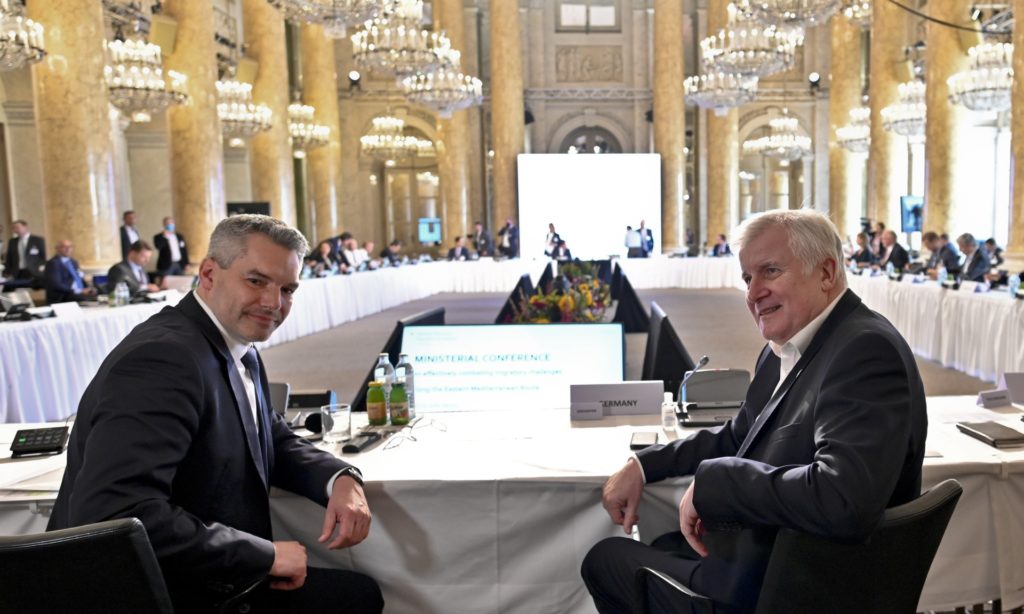 According to Italian broadcaster RAI on Thursday, the island of Lampedusa had alone had seen over 550 new migrant arrivals within just 48 hours.

Another major issue regarding illegal migration has been the potential spread of Wuhan coronavirus. Migrants arriving in Greece and Italy since the start of the outbreak have tested positive for the Chinese virus.