Nigel Farage hailed his friend President Donald Trump as the “bravest” person he had ever met, after the U.S. leader not only survived fours years of attempts by the establishment to dismantle his presidency, but thrived as leader of the Free World, bringing prosperity to Americans and facilitating historic peace deals in the Middle East.

The Brexit Party leader hit the campaign trail for his friend and ally this week, with the President inviting Farage onto the podium during a campaign rally at the Goodyear Airport, in Phoenix, Arizona, on Wednesday.

Beckoning him from the crowd, President Trump called Mr Farage “a friend of mine” and “one of the most powerful men in Europe”.

Donald Trump is the single most resilient and bravest person I've ever met.

It would not be the first time Mr Farage joined the President on stage on the campaign trail, having shared a platform with then-candidate Trump in Jackson, Mississippi, in Austust 2016, when he encouraged Americans to follow in the footsteps of Britons — who had recently voted to leave the European Union — in rejecting the political establishment.

Recalling that moment, Mr Farage said on Wednesday: “Four years ago, I was honoured to come to America and bring the ‘Brexit Message’ — the message that you can beat the establishment. That is what Donald Trump did. He beat the pollsters. He beat the media. He beat all the predictions. And here’s the worst of it: they’ve never forgiven him for it.

“They have spent four years trying to delegitimise him. Four years of the Russia hoax. Four years of the false impeachment. Most human beings under that barrage would have given up. This is the single-most resilient and bravest person I have ever met in my life.” 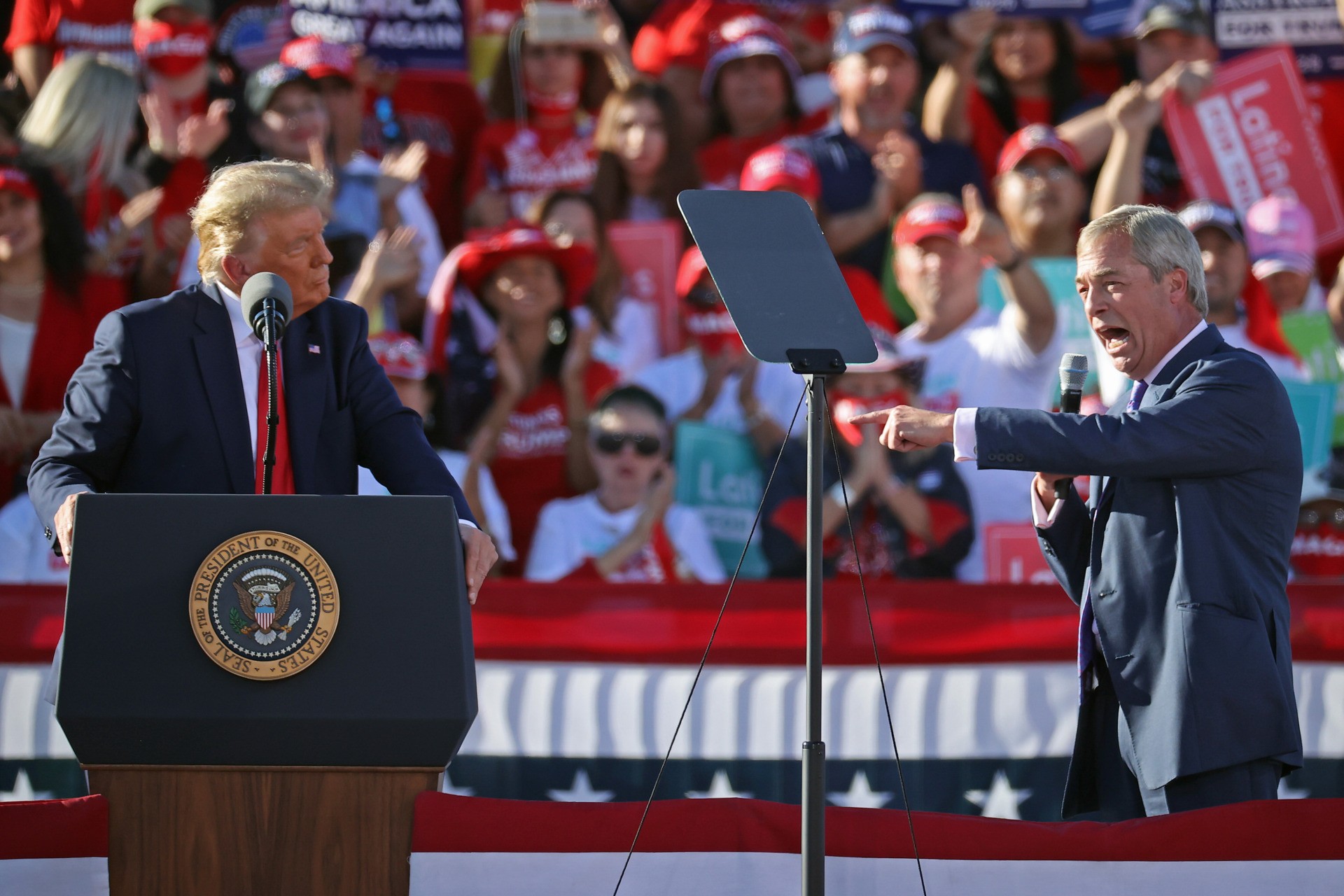 Mr Farage continued: “When you vote next week, you are not just voting for who the President of the United States of America is — vital though that question may be — you are voting for the leader of the Free World.

“You’ll be voting for decency, plain-speaking, and a man who in four years hasn’t just cut your taxes, hasn’t just improved the economy, but a man who right now is bringing Israel together with Arab nations in a way that nobody believed was possible and that’s was he’s done. I wish you Godspeed.”

Farage had earlier praised the energy at President Trump’s rallies, saying that the momentum was on the Republican’s side.

“The one thing you can see amongst the Trump campaign… is real enthusiasm and compare this to the photographs at some of the Biden rallies, where literally almost no one turns up, and there seems to be no enthusiasm at all,” Mr Farage said.

Recalling how the polls were wrong about Brexit and President Trump’s first victory, he added: “The polls may tell you that Biden’s going to win, all I can see and feel is that there is some real momentum now behind the Trump campaign, they are doing well.”