Police are investigating after a car sped through a pedestrianised street in the German city of Trier on Tuesday afternoon, a ‘rampage’ that left at least two dead.

The death toll rose to five overnight, individuals including a nine-week-old-baby killed after a 51-year-old man — still unnamed and with no potential motivation suggested by authorities — through a shopping street on Tuesday.

Trier police have now confirmed that four people were killed after a car was driven into pedestrians on a shopping street in the centre of the city. A statement from the force said that the suspect was not previously known to the government for extremism and they did not suspect a politically motivated attack. The suspect put up “considerable resistance” to arrest.

A church service is taking place Tuesday night in memory of the dead.

Trier police confirmed that two people had died on Tuesday, with reports suggesting 10 others injured, including a child. Local news reported that the number of dead was actually four, and that the child mentioned in other reports was among the dead, and named the number of injured at 30.

German source Die Welt reports eyewitnesses who said “that people were thrown through the air” as a car drove into a pedestrianised shopping area at speed. 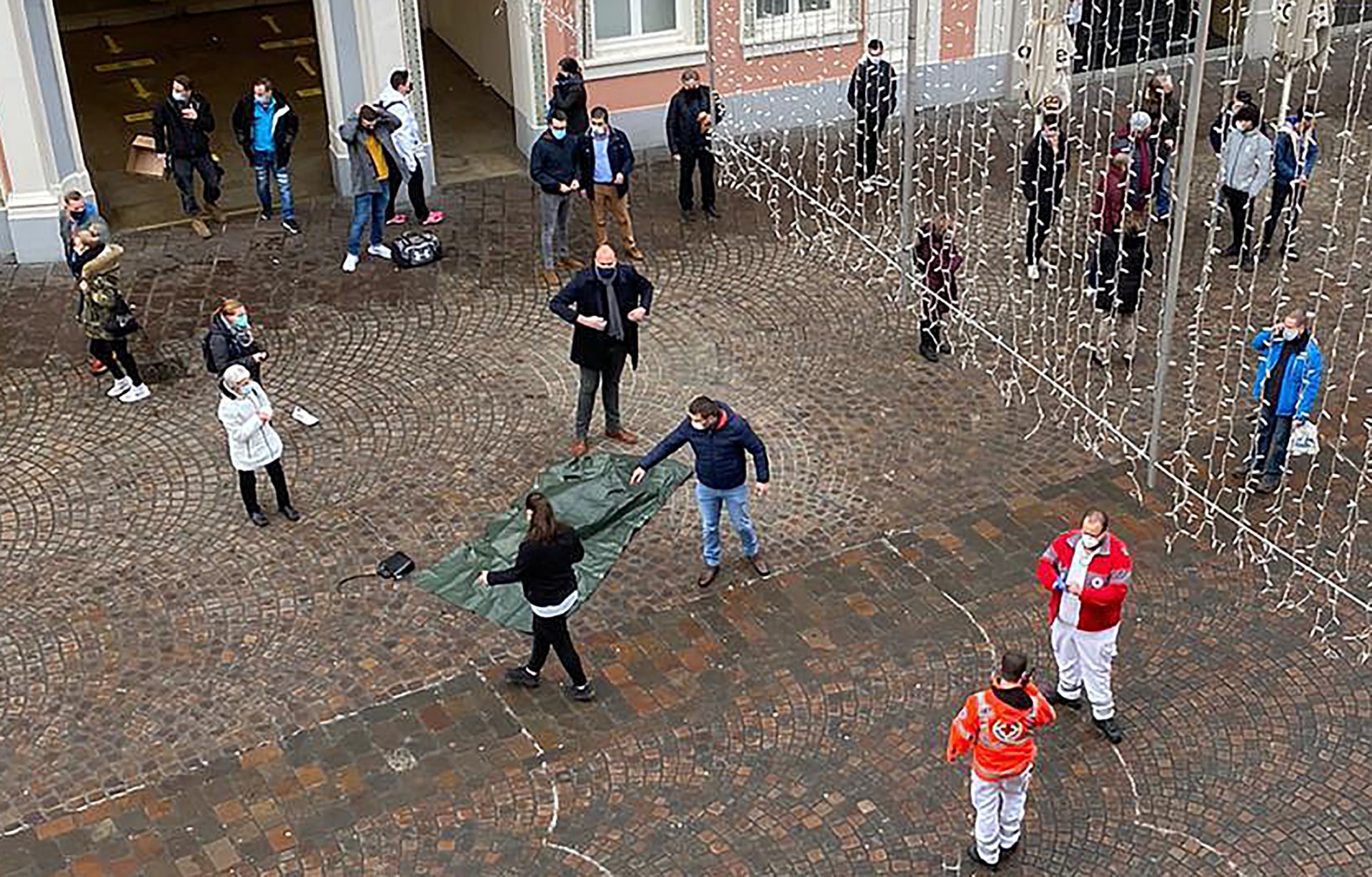 Rescue workers and onlookers stand near the scene after a car drove into a pedestrian zone in the city of Trier in Germany, Tuesday, Dec 1, 2020. German police say two people have been killed and several others injured in the southwestern German city of Trier when a car drove into a pedestrian zone. Trier police tweeted that the driver had been arrested and the vehicle impounded. (AP Photo/Sebastian Schmitz, lokalo.de)

Police subsequently arrested a 51-year-old German citizen and are investigating the circumstances around the incident, and whether there was any motive. The emergency service response to the deaths is so large, ambulances have come from over the nearby Luxembourgian border to assist.

Die Welt cited the remarks of Trier’s mayor who said Tuesday’s deaths were due to a “rampage”, and what had been left behind by the SUV-type car driving through the pedestrian area was a “picture of horror”.

As is now customary in the aftermath of incidents that share similarities with previous terror attacks, German citizens have been asked by the government to not share speculation and rumours on the internet, Deutsche Welle reports. Indeed, the fact that two were killed in Trier today, the first day of December, near the city market, and surrounded by Christmas lights, will inevitably draw a comparison to the Berlin Christmas Market Attack, although police have indicated no extremist link today.