A top figure in the French government accused British negotiators of being duplicitous in talks and suggested the nation could use its veto to kill any deal they didn’t deem in their interest, seriously knocking expectations in London and Brussels that an agreement was on the verge of being signed.

Reports and speculation in European media in recent days suggested a Brexit deal could have been agreed late this week, although without clear indication of who would have surrendered to who and on what issues in order to make such an unlikely breakthrough possible. Yet claims emerging on Friday now suggest that talks were not actually going so well, and could be torpedoed at the last minute by the French government in a bid to protect their own interests.

Clément Beaune, France’s European affairs minister who The Times described as being close to, and speaking for, French president Emmanuel Macron, clearly laid out how dissatisfied the French appeared to be. Beaune said:

If there were a deal that isn’t good which in our evaluation doesn’t correspond to those interests, we will oppose it.

Yes, each country has a veto, so it’s possible. France, like all its partners, has the means of a veto. We must make our own evaluation, of course, of this deal, that’s normal. We owe that to the French people, we owe it to our fishermen and to other economic sectors.

I want to believe we will have a good deal, but to get a good deal you know it’s better to be frank, and to say our interests We have been very clear, sometimes the Brits a little less so, about our interests. 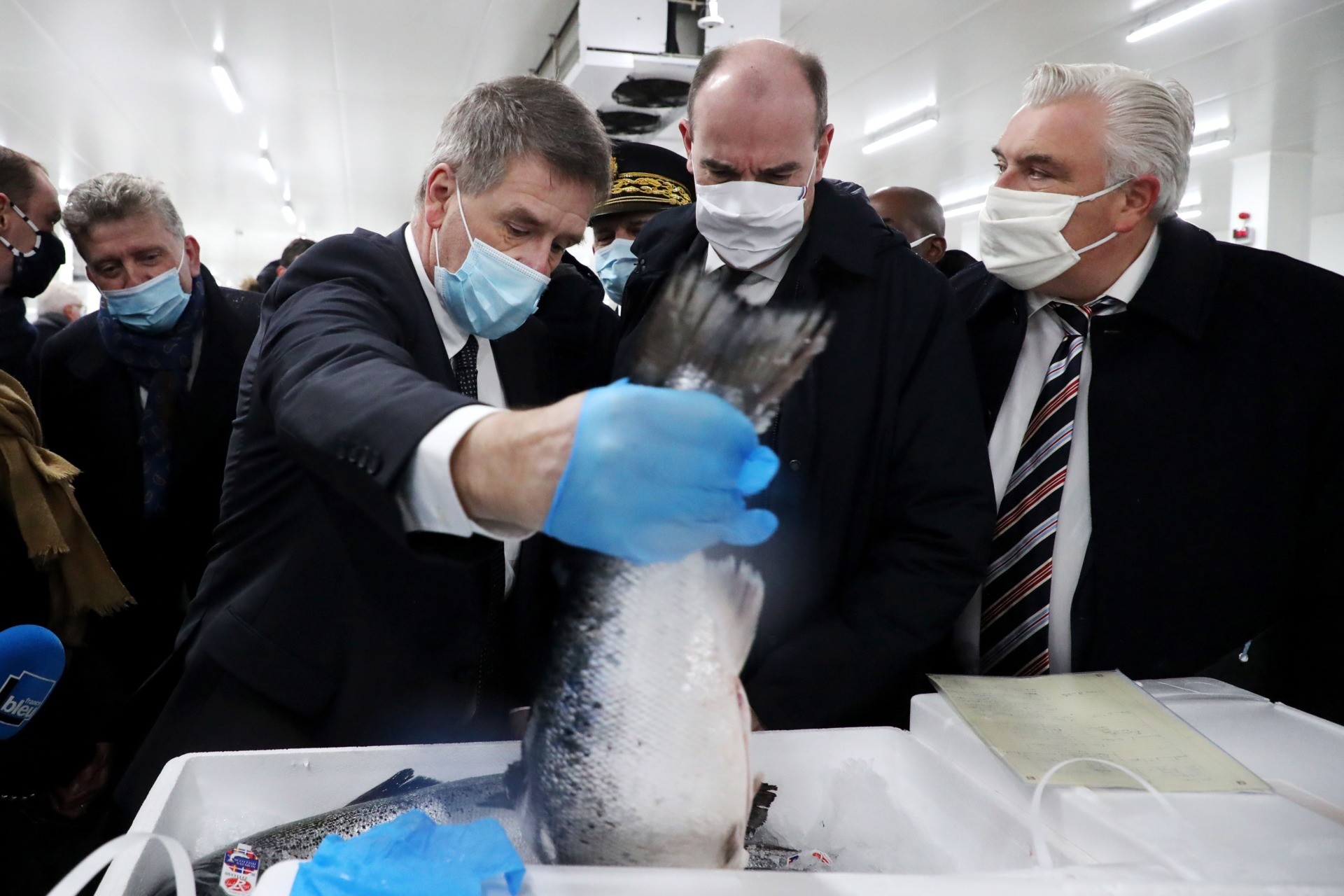 French Prime Minister Jean Castex (C), flanked by the Mayor of Boulogne sur Mer, Frederic Cuvillier (R) meets with different representatives of the fishing port during a visit on the preparations ahead of the end of the Brexit transition period on December 31, 2020, in Boulogne sur Mer, France on December 3, 2020. (Photo by CHRISTOPHE PETIT TESSON/POOL/AFP via Getty Images)

That Beaune specifically cited fishing is critical: whether a deal would be signed at all may depend on whether French fishermen can still land large catches in British waters. As things presently stand, British fishing boats land just nine per cent of English Channel cod and stand to gain much of that if Britain leaves without a deal — a matter of massive concern to France and symbolic to British Brexiteers of a full and true Brexit with repatriated control of the nation’s waters.

Indeed, the Daily Telegraph reports European negotiators have suddenly added a series of new demands into talks in recent days, even as an agreement was allegedly close on previously established grounds. It is claimed this sudden change in approach from Europe is down to French demands. The paper notes remarks from a British source that the new demands following French lobbying were “unacceptable”.

The ultimate result of this change in approach was that the chances of getting a deal at all were “receding”. Talks will continue through the weekend.

It may be viewed as reasonably ironic that the French government is so dissatisfied with the state of talks, given the European Union’s top Brexit negotiator is a veteran French politician, Michel Barnier.

If France vetoed any deal that came forward in the coming days, it could lead to two outcomes. Most likely would be Britain leaving the European Union without a deal at the end of 2020 — in less than four weeks’ time. Less probable — given the UK government has already strongly rebuffed the possibility, and doing so would seriously damage Boris Johnson politically at home — is the transition period being extended into 2021, allowing talks to continue.

If a French veto did indeed lead to Britain leaving the European Union fully and without strings attached — as would be the case in a so-called no deal Brexit — the event would have a certain resonance with when the UK first joined the Union, or the Common Market as it was then known. While the UK finally joined in 1973, that was after France had vetoed Britain joining twice — in 1963 and 1967.

France, holding the door shut in the 1960s and then — possibly — slamming it closed behind Britain in 2020. In international relations, some things never change.

Countdown to No Deal: Boris Govt Warns Brexit Talks Are in Their 'Last Week' https://t.co/vgsapTcnlL