Britain’s governing Conservative Party has gained another seat in the House of Commons by winning the Hartlepool constituency from Labour in a by-election.

Governing parties taking seats from the opposition during by-elections, as BBC political editor Richard Moss puts it, “is not supposed to happen” — and yet Labour have indeed lost to Boris Johnson’s Conservative Party 11 years into Tory control of the country. Analysts, including Mr Moss, have attributed the decisive Tory victory to ex-Brexit party voters in the area — which won a quarter of the vote in 2019 — moving to the Conservatives rather than back to Labour.

Labour also made the unusual decision to field a clearly anti-Brexit candidate in the by-election, one of the strongest pro-Brexit areas in the United Kingdom.

The Brexit Party, now Reform UK, saw its share of the vote collapse, perhaps due to the recent rebrand and departure of Nigel Farage as leader, or the fact that many people now perceive the Tories as having “got Brexit done”, despite ongoing issues concerning EU claims on Northern Ireland and British fishing waters.

Within the Labour Party the loss was, in some ways, a kind of consolation towards the defeated hard left-wing, who have largely been exiled to the backbenches by Sir Keir Starmer after he succeeded the eurosceptic Jeremy Corbyn as party leader last year

“Crushing defeat for Labour in Hartlepool,” commented Corbyn ally Diane Abbott, almost gloatingly. “Not possible to blame Jeremy Corbyn for this result. Labour won the seat twice under his leadership. Keir Starmer must thing again about his strategy,” she said of the centrist lawyer.

Fellow Corbynite MPs Richard Burgon and John McDonnel also spoke out against Sir Keir, with the former lamenting that Labour is “going backwards in areas we need to be winning.”

“You can’t treat working people like lobby fodder,” warned McDonnell, a former Shadow Chancellor, in comments to the BBC. 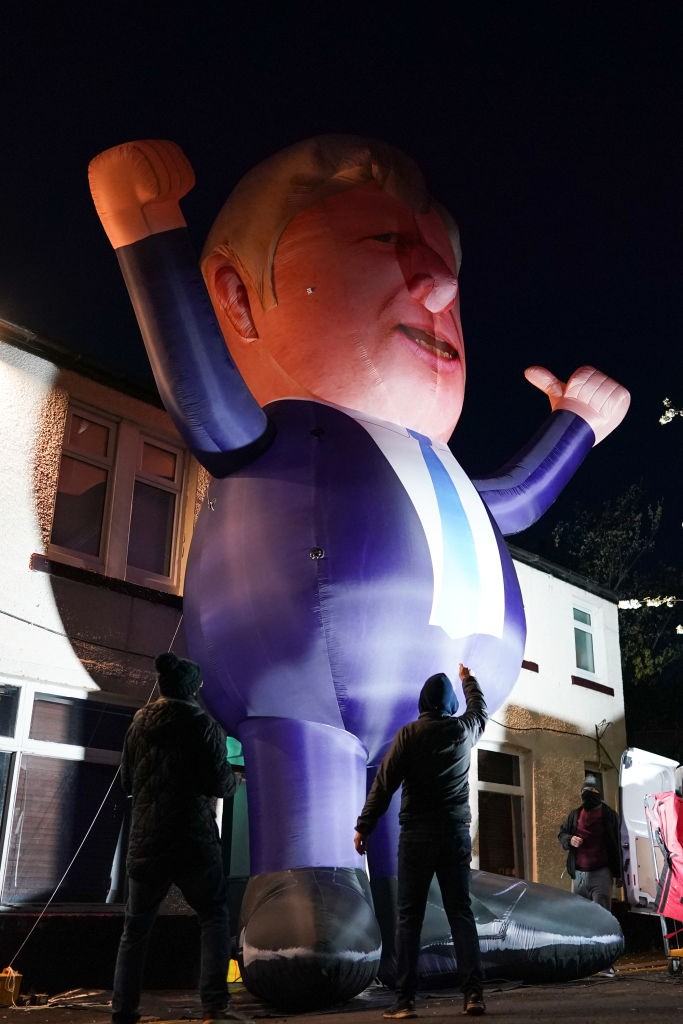 “You have got to really go along and work in the community over years, talking through the policies that you want, listening to them,” he said.

Indeed, recent polls suggest that Labour — founded as a party which would represent the labouring men of the country over a century ago — now enjoy far less support among working-class voters than the Conservative Party, despite the Tories traditionally being viewed as the party of the upper class and, more recently, business interests.

Adding his own analysis to the loss, Labour’s shadow transport secretary told the Daily Telegraph that “In the end, we weren’t able to convince that Brexit vote to come back to Labour”, implying the party had actually tried to do that at all.

The new Conservative MP for Hartlepool is Jill Mortimer, the first Conservative in half a century and first woman to hold the seat ever. In bizarre scenes — and perhaps anticipating a Tory victory — local business erected a giant inflatable of Boris Johnson giving a double thumbs up outside the count centre overnight.

The Conservative victory in Hartlepool comes against a background of what looks to be a clear swing right nationally in Thursday’s elections as well as the fall of the so-called “Red Wall” in the 2019 general election. Defined as traditionally working-class seats in the midlands and north, Red Wall seats were once considered safe Labour areas but as the party has pivoted towards urban, upper-middle-class interests they have increasingly voted Conservative.

Brexit was a key issue in these areas pushing voters away from Labour. While the London-centric party cleaved towards Brussels, many of its voters had felt the brunt of open borders and offshoring of industry and voted against the European Union accordingly. As with Hartlepool today, pro-Brexit working-class voters turned to other parties rather than vote for a Labour they no longer recognised as representing their interests.

Crushing defeat for Labour in Hartlepool. Not possible to blame Jeremy Corbyn for this result. Labour won the seat twice under his leadership. Keir Starmer must think again about his strategy #HartlepoolByElection