A Russian warship and jet interceptor fired warning shots and dropped bombs across the path of a British warship on Wednesday afternoon, according to claims from a Moscow-based news agency. The incident could be the most significant military confrontation between the United Kingdom and the Russian Federation in years.

According to unverified claims by the Interfax news agency in Moscow, HMS Defender, a Royal Navy Type 45 air defence destroyer, entered “Russian territorial waters”. Interfax said the British warship had been warned that weapons would be fired if it entered Russian waters and that a “border patrol ship” fired twice.

Shortly afterwards, the report claimed, a SU-24M — a Cold War-era Russian supersonic interceptor/bomber — dropped four “high explosive fragmentation bombs” across the course of the ship. The Russians said this, too, was a “warning”.

Update: London denies!
Britain’s Ministry of Defence has denied the incident even took place in a statement received by Breitbart London, asserting that HMS Defender was on a “routine transit” on a direct route between Ukraine and Georgia and was in Ukrainian waters.

A spokesman said: “No warning shots have been fired at HMS Defender. The Royal Navy ship was conducting innocent passage through Ukrainian territorial waters in accordance with international law.”

Firing was taking place, the MOD said, because the Russians were already undertaking pre-announced maritime gunnery and flight exercises in the area. “No shots were directed at HMS Defender and we do not recognise the claim that bombs were dropped in her path”, they said.

The MOD insisting HMS Defender was in Ukranian water may be seen as a tacit denial they ever entered Russian waters, as Moscow claimed.

“As is normal for this route, she entered an internationally recognised traffic separation corridor. She exited that corridor safely at 0945 BST. As is routine, Russian vessels shadowed her passage and she was made aware of training exercises in her wider vicinity.”

UK’s New Aircraft Carrier Battlegroup to Deploy to Asia in May https://t.co/kXGRwuZOD6

A statement from the Russian Defence Ministry said of the claimed incident: “The destroyer was warned in advance that weapons would be fired in case of a violation of the Russian state border. It disregarded the warning… As a result of joint actions of the Black Sea Fleet and the Border Service of the Russian Federal Security Service, HMS Defender left the territorial sea of the Russian Federation at 12:23 p.m.”

The Ministry of Defence told Breitbart London they were “looking into” the claims and would publish a full statement shortly. Breitbart London has approached the London Foreign and Commonwealth Office for comment.

It is often the case in incidents where one country alleges the warship of another has entered their territorial waters of another, the facts are heavily contested. This is especially the case where one piece of water is claimed by more than one country. HMS Defender is in the Black Sea, but whether it has entered Russian waters is unclear. 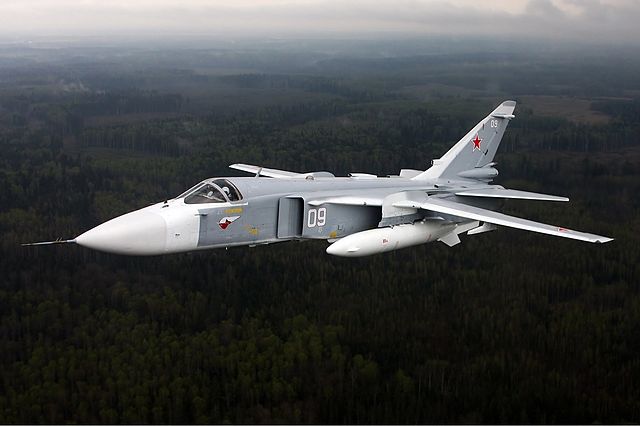 The Royal Navy warship, one of the nation’s newest and most technologically advanced, had sailed from the United Kingdom last month with the new carrier taskforce, but detached a fortnight ago to head to the Black Sea. Passing Istanbul on June 10th, Defender was at the Ukrainian port of Odessa by June 18th in company with a Dutch Frigate.

The main purpose of the visit to Ukraine, it seems, was the signing between the UK and Ukrainian governments of a major defence deal that will see London supply several warships and missile systems to Kiev. The signing ceremony for the ‘Memorandum of Implementation’ took place on the helicopter flight deck of Defender on Monday morning.

If Defender sailed after the signing with the British personnel present for the ceremony on board, then the incident with Russia took place with both the First Sea Lord and the government’s minister for defence procurement as first-hand witnesses.

Ukraine lost much of its navy when it was invaded by Russia and lost its main naval base. Under the deal — which was also co-signed by UK defence company Babcock and paid for by loans from the British government — the UK will help build new naval bases for Ukraine and sell Ukraine two refurbished small warships. It will also sell Ukraine a new sea and air missile system, which may be of the CAMM / Sea Ceptor type, and build eight new fast attack craft, at least two of which will be built in the United Kingdom.

That HMS Defender in the Black Sea to sell warships to Ukraine — against whom Russia has been openly fighting and attempting colonisation regions of for years — may go some way to explain the hostility on Wednesday morning.

It was a privilege to host Minister for Defence Procurement @mp_quin and Deputy Defence Minister of Ukraine for the signing of a significant Memoranda of Implementation witnessed by the First Sea Lord @AdmTonyRadakin @UKinUkraine #CSG21 #GlobalBritain #StrongerTogether pic.twitter.com/3NQYza8WVV